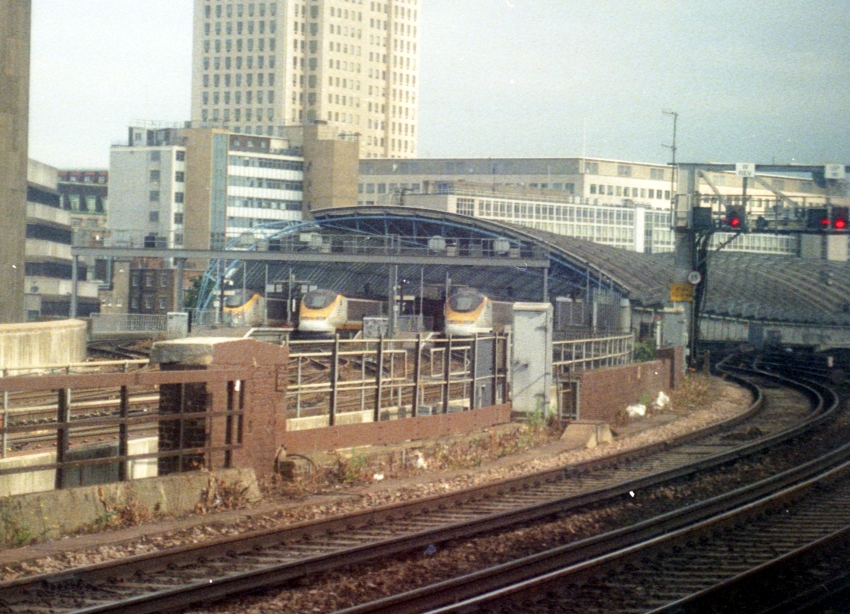 Three Trans Manche Super Train sets are seen stabled under the distinctive curved trainshed of Waterloo International on 21st July 2005. Note the structure begins to taper on the right, where it is framed by the colour light gantry. © David Glasspool 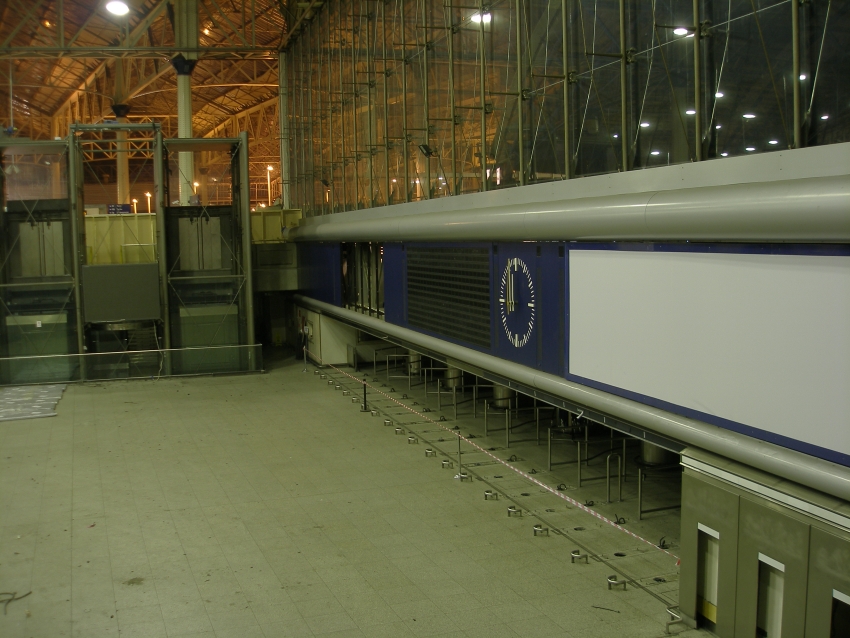 Eerily quiet, the deserted concourse is seen devoid of escalators and security equipment. The latter was reused at Ebbsfleet International, which explains why the station opened five days later than the rest of the CTRL's ''Section 2''. © David Glasspool 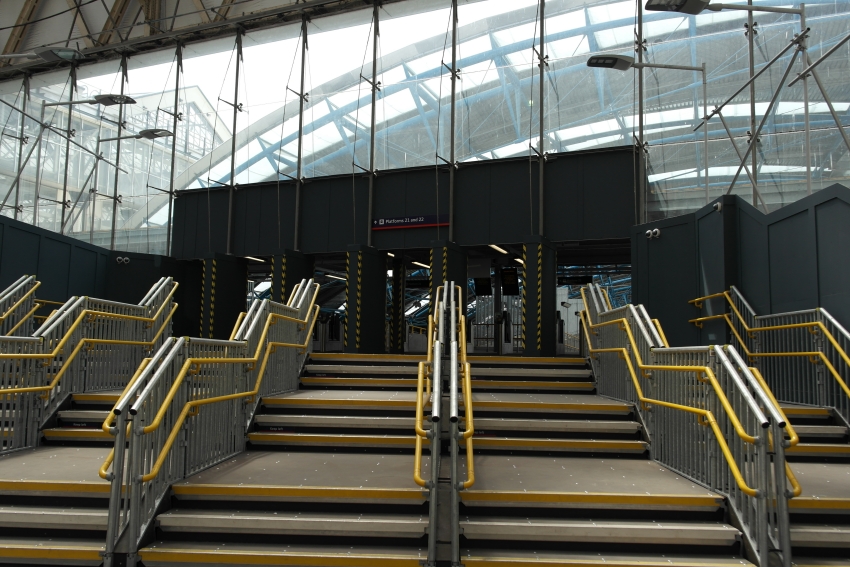 In 2014, flights of stairs were erected above the former ''low-level'' concourse to provide access to platform Nos. 21 and 22, as part of works to convert the terminal to domestic use. Platform 20 was already reachable through a series of holes made in the dividing wall between it and platform No. 19. © David Glasspool