The LC&DR began to encroach further into SER territory as the company forged an independent route to Ashford, unarguably the most important location on the SER network. The endeavours of the LC&DR were, however, undertaken by independent concerns, and quite a number of them, too. The ''Sevenoaks Railway'' of 1859 extended the ‘’Chatham’’ network southwards to the outskirts of Sevenoaks in 1862, whilst strides eastwards were later made with the opening of the single-track branch to Maidstone in 1874. Built by the ''Sevenoaks, Maidstone & Tunbridge Railway'' and doubled in 1882, the latter was taken a further 18¾ miles east to Ashford by the ''Maidstone & Ashford Railway'', this section coming into use on 1st July 1884.

The intermediate stations east of Maidstone, including the LC&DR’s original Ashford terminus, were standardised, and the structure at Bat & Ball was evidently used as the design basis. Bearsted came into use with the Maidstone to Ashford section on 1st July 1884, and compared with the fairly plain architecture which had been implemented on the ‘’Chatham’’ trunk line, this was an attractive station, set in rural territory. The main building was positioned on the ‘’up’’ side and, of course, there were detail differences between it and the example at Bat & Ball. Firstly, the brick-built structures east of Maidstone employed lighter brickwork than their older brother on the ‘’Sevenoaks Railway’’. The orange bricks used for decorative lining around the window arches and along the tops edges of the walls, were also more defined. However, these features gave the buildings a somewhat more ‘’simple’’ air about their design: the textured, patterned brickwork evident on parts of Bat & Ball’s structure was certainly not featured at Bearsted, nor the latter’s counterparts along the route. However, what Bearsted lacked in, perhaps, trivial elaboration, it compensated for in the design of the canopies and waiting shelter. Of the latter, this sat on the ‘’down’’ side, directly opposite the ‘’up’’ main building, and was a marked step up from the earlier shelters pioneered on the branch to Sevenoaks. Rather than erecting an all-timber affair, the waiting shelter was created to appear as permanent looking as the main building which it complemented. Gradual upward-slanting crème brick walls, an arched window appearing in either side, supported a graceful and copious canopy, which reached to the outer edge of the platform. This itself featured an intricate valance demonstrating an ‘’icicle’’ pattern, and the whole design was replicated on the ‘’up’’ side, both canopies neatly residing at the same height.

Goods facilities were most certainly present at Bearsted, such sidings laying to the west of the platforms. The first siding, westward facing, terminated half way down the ‘’up’’ platform, just before the main building. A further trio of sidings, two of which were also westward facing, joined this, one of which intercepted a simple pitched-roof single-track goods shed. The ‘’down’’ side consisted just a single siding, this being eastward-facing. However, this track’s sheer length seemed to counterbalance the lack of siding numbers on this side, and it departed from the running lines immediately beyond the ‘’down’’ platform’s western end. Controlling this quite interesting layout was a Saxby & Farmer signal cabin, two-storeys high, with a brick base and a timber upper half. This was located a short distance west of the ‘’down’’ platform. The services of contractors Saxby & Farmer appear to have been enlisted for the signalling of all stations from Swanley, through to Ashford. The appendix to Bat & Ball was an exception: the LC&DR undertook the work on this short stretch.

Since 1st July 1907, this delightful station had been known as ‘’Bearsted & Thurnham’’, the suffix deriving from the small village located nearly a mile north of the railway. Little changed at Bearsted over the years, but alterations began being implemented in the run-up to the Kent Coast Electrification. As a result of third rail installation, a prefabricated concrete footbridge came into use at the eastern ends of the platforms, superseding the track foot crossing which had been in use since 1884. Scheduled electric running to existing steam timings commenced over the Maidstone to Ashford section of line on 9th October 1961, but the full accelerated service did not come into use until 18th June of the following year. Since 8th April 1962, the layout at Maidstone East had utilised three-aspect colour lights controlled by a miniature lever power frame. Between here and Hollingbourne, the line was worked on an Absolute Block System, utilising Sykes Lock and Block instruments. Such a system allowed the signal box at Bearsted to be switched out of use when it was not required. Steam may have disappeared, but the goods yard remained open for over six years longer, not finally closing until 7th October 1968, this having been served by Type 3 (Class 33) diesels in its final days. Freight may have been withdrawn, but the goods shed shed avoided demolition, and despite the presence of the somewhat austere concrete footbridge of 1961, the station very much retained the charm of a bygone era. Even the Saxby & Farmer signal box survived long after the completion of the Kent Coast Electrification, it not being decommissioned until 14th April 1984. Thereafter, the 1962-installed ‘’power box’’ at Maidstone East assumed the cabin’s functions. The suffix ''Thurnham'' had since been dropped from the name boards, this having occurred on 12th May 1980. Finally, in 1990, the platforms were lengthened at their western ends with prefabricated concrete to accept longer electric formations. 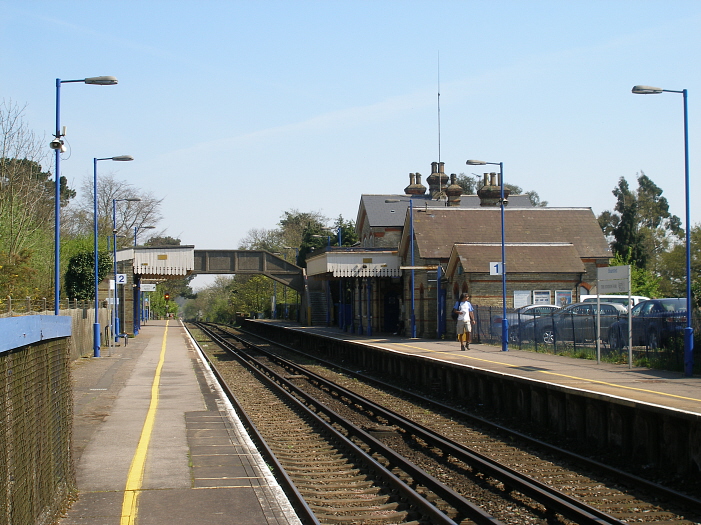 An eastward view shows all main LC&DR station structures in excellent condition, complete with the BR(S) prefabricated concrete footbridge forming the backdrop. One of the 1990 platform extensions can be seen in the immediate foreground, on the left. © David Glasspool 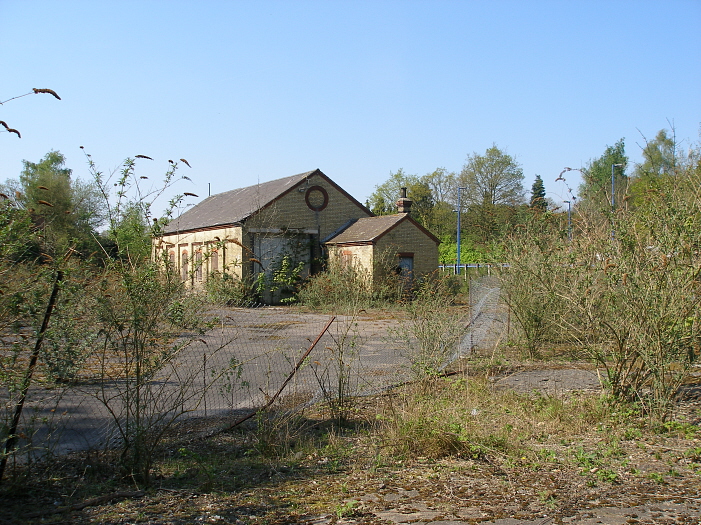 Freight traffic at the site was withdrawn on 7th October 1968, but the goods shed and the surrounding expanse remains very much intact, having avoided even the most minor of redevelopment: only the track work is missing. This westward view from 19th April 2007 shows the quite extensive site, the goods shed demonstrating the LC&DR's renowned light crème brickwork. © David Glasspool 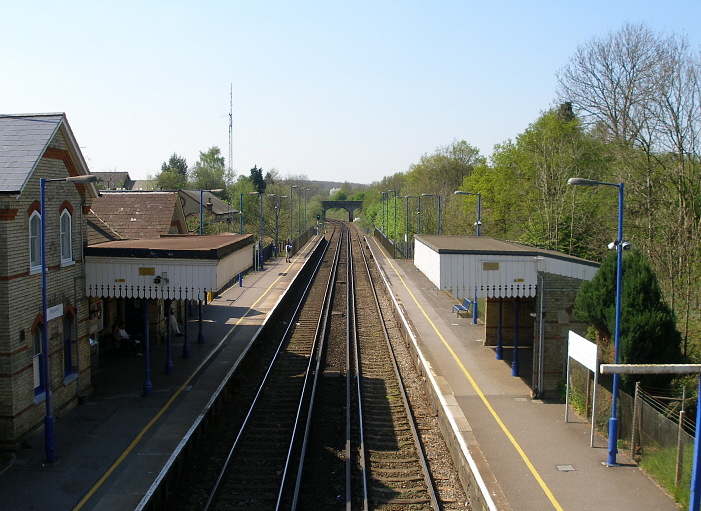 A westward view on 19th April 2007 indicates that the original canopies have seen their front valances partially truncated to aid signal vision. The goods shed can just be deciphered in the background, on the left, whilst the 1990 platform extensions are evident in the background. © David Glasspool