Inroads into the concept of small diesel mechanical shunting locomotives had been made by both the Southern Railway and the London Midland & Scottish Railway just prior to World War II. By nationalisation in 1948, the number of LMS 0-6-0 shunting locomotives totalled twenty-four, this fleet being increased by British Railways over the subsequent four years to 120 examples. By the end of 1952, BR had developed its own standardised design for a fleet of diesel shunters, one which could easily trace its lineage back to those products of the LMS and indeed the 350 HP shunters pioneered by Oliver Bulleid on the SR. Production of the BR design initiated in 1953, with no less than 1193 leaving five BR workshops - Crewe, Darlington, Derby, Doncaster and Horwich - over a period of ten years, becoming D3000-D4192 in the pre-TOPS numbering series. Growing into the most numerous of any diesel locomotive class on the British Rail system, the type became Class 08 under the 1972 TOPS numbering scheme. Overlapping Class 08 production was that of a virtually identical shunter: Class 09, as it later became under TOPS. Between 1959 and 1962, a total twenty-five of the type were churned out from Darlington and Horwich Works, all destined for work on the Southern Region. The diesels had revised gearing to allow a top speed of 27 MPH to be reached, compared to the 15 MPH of the 08 fleet, thus making them ideal for branch line freight workings, where the heavier main line diesels did not have route availability.

By 1959, Hither Green had received an official allocation of thirteen Class 08s, and Ashford five, although the type appeared at a number of other steam sheds shortly before their closure, notably Gillingham and Faversham. Naturally, these charming shunters were not restricted to their home depots, and over ensuing years they began appearing in force at the yards of Hoo Junction and Tonbridge, Dover Marine (Western Docks), and Sheerness Steel. 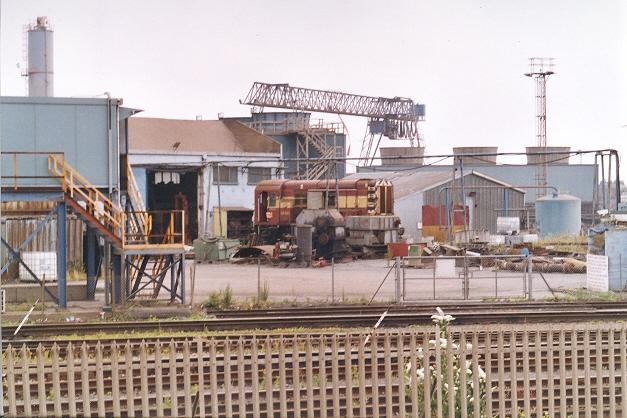 of domestic 0-6-0 diesel shunters keep this Class 08 company at the works, although in the

past a Class 09 has been allocated to these parts. David Glasspool 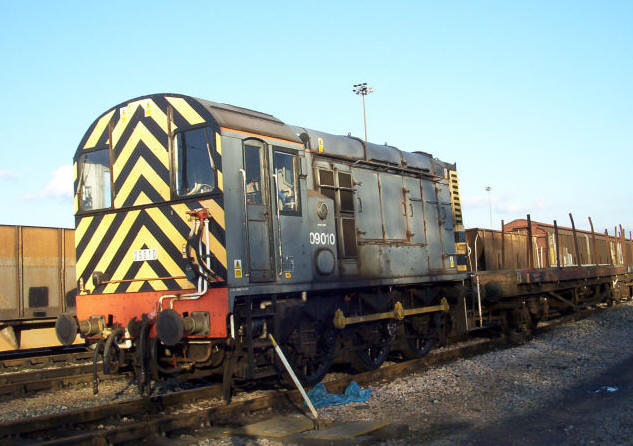 weathered to the extent of looking like a tired overall BR Blue scheme, but it is actually the all 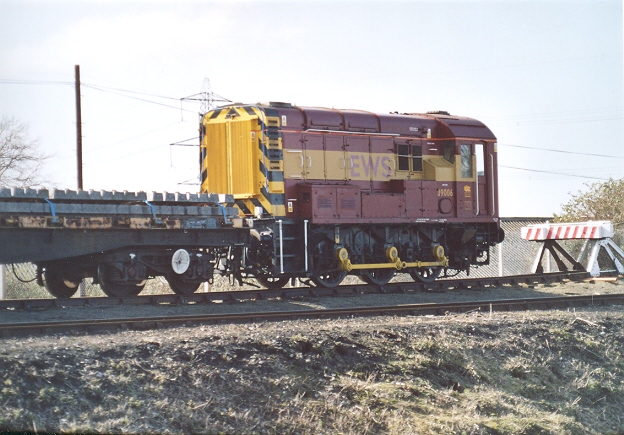 paint job is evidently recent, which hopefully suggests this shunter will be in service a while longer. 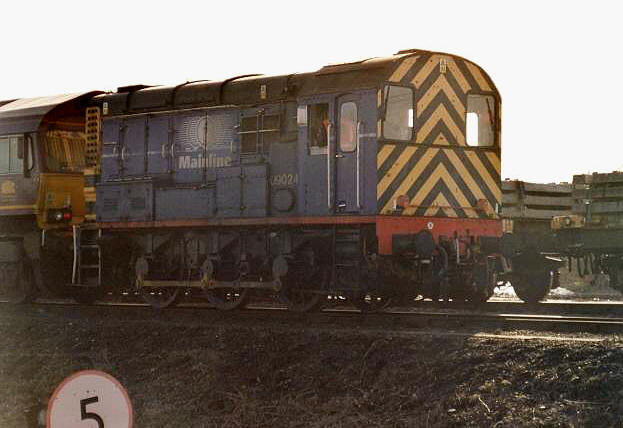