The station opened with the Dartford Loop Line via Sidcup on 1st September 1866. Unlike the original North Kent Line via Blackheath and Woolwich, this route was built on a cost saving basis, which explains why all of the original stations provided were of clapboard construction, Crayford being no exception. The station building replicated the example which is still in existence at neighbouring Bexley. Despite this economical initiative, freight facilities still appeared at the station, a single road brick-built goods shed being present on the ''up'' side. The goods yard consisted of just two tracks, one of which passed through the aforementioned shed, but these sidings did have a direct connection with an adjacent waterworks, brickworks and gravel pit. Two additional sidings eventually transpired on the ''down'' side, trailing off to the west of the platforms. Whilst nearby Bexley also incorporated a subway between platforms - a common feature of stations on the original North Kent Line - for many years Crayford had to make do with a track crossing. This situation was improved upon with the electrification of the suburban network in 1926, a footbridge being provided at the eastern ends of the platforms. In keeping with the times, the station was provided with a SER-designed signal box, complete with the familiar sash windows, positioned at the western end of the ''down'' platform. This did not open with the station, its style suggesting it arrived in about 1892.

The first signs of change came in 1955 with the lengthening of the platforms to accept ten car EPB formations; the work was completed by June of that year, longer formations commencing on 13th of that month. In conjunction with this was the changeover from gas to electric lighting, the familiar SR concrete brackets emerging (a single example still exists at the station today). Next came the closure of the goods yard in May 1963, but the most significant event occurred in 1968 with a total rebuild of the station structures. As can be expected from the era, the clapboard building on the ''up'' side and associated timber waiting shelter on the ''down'' platform succumbed to the dreaded ''CLASP'' structures - perhaps the modern version of the ex-SER's policy of providing a station at a ''modest cost''. The replacement structures were certainly a decided step down from their predecessors, giving the station an even more ''temporary'' feel about it. All that remained now was the SR footbridge and the SER signal box (looking incongruous with the then new structures), but even the latter soon succumbed, closing on 1st November 1970 when the Dartford Panel took control of the area. The structure was subsequently demolished, leaving the footbridge as the oldest part of the station. The pair of sidings on the ''down'' side remained for many years and up until the mid-1990s, these were still used for stabling aggregate hoppers and petrol tankers. However, by the turn of the decade these had fallen out of use and were subsequently disconnected, but the sleepers and rails of both tracks still remain in position.

The station would see some reviving fortunes, but not until it had sustained damage. In 2000, the main ''CLASP'' ticket office caught fire and unsurprisingly, was damaged beyond economical repair. Consequently, the remains were flattened by infrastructure body ''Railtrack'' (which had taken over from British Rail in 1994) and the following year, a much more solid and aesthetically pleasing building appeared in its place. With this work also came palisade fencing alongside the rear of both platforms; the ''CLASP'' waiting shelter on the ''down'' side still remains.

Click the above for a larger version. Notice that two footbridges are marked on this map. 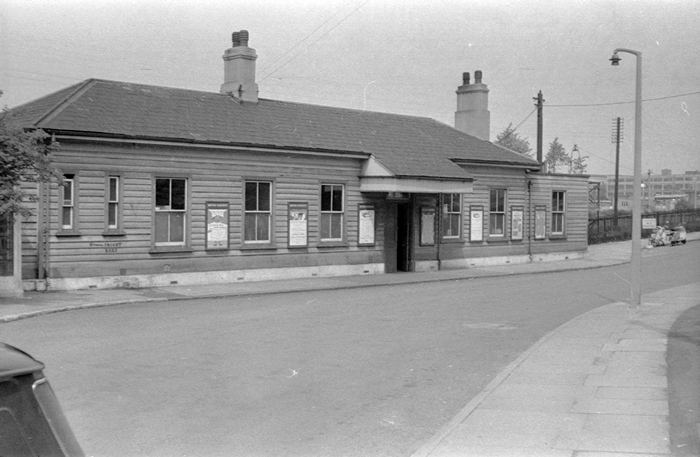 The SER timber station building is seen nearing the end of its existence. Typical features include the hipped slated roof and sash-style windows. One of the advertisement boards, headed ''British Railways'', is promoting horse racing at Epsom. On the right, in the background, can be seen the imposing buildings of Vickers. © David Glasspool Collection 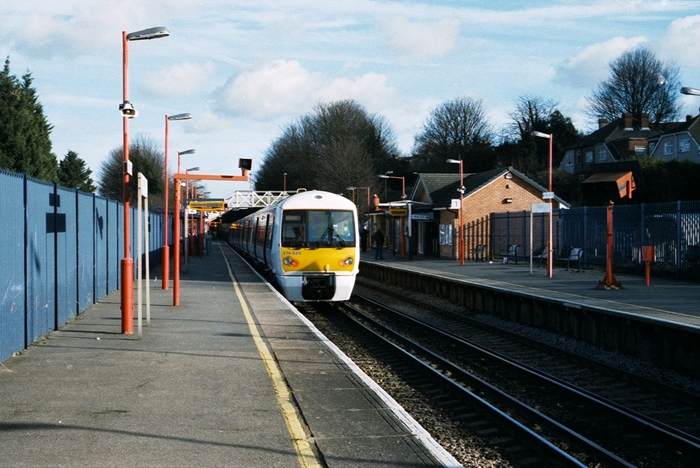 This 21st January 2006 view reveals the 2001-completed station building, palisade fencing and the oldest structure at the site - the footbridge. No. 376020 was soon to depart with a service to Cannon Street via the Dartford Loop (this being the Dartford avoiding spur, not the line via Sidcup) © David Glasspool 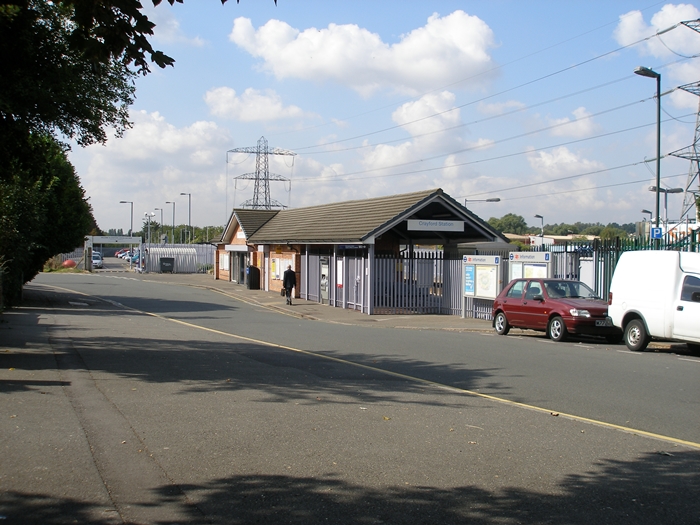 This 100 foot-long single-storey red brick station building replaced the 1969-erected CLASP structure on the ''up'' platform, after the latter suffered a fire outbreak in the year 2000. The car park, in the background, on the left, is on the former site of the goods yard. © David Glasspool