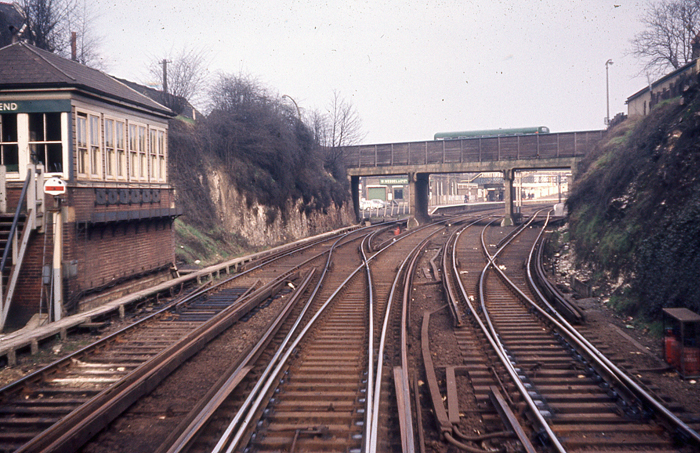 An eastward view towards the station includes the SER-designed signal box on the left - note the shunt signal beside the staircase, which controlled the exit from the adjacent electrified berthing siding into the "down" platform. Through the first bridge arch from the left can be seen the former goods shed, now without a rail connection and the site in front of it having become a car park. At this time, the goods shed displayed the name "W. Weddel & Co Ltd". On the right, it is evident that the points were still in place for the "up" bay platform, which was once used to stable the stock for the former service to Allhallows-on-Sea and to water steam locomotives. The edge of the water tower is just in evidence and shows that the water tank had gone by this time. © David Glasspool Collection 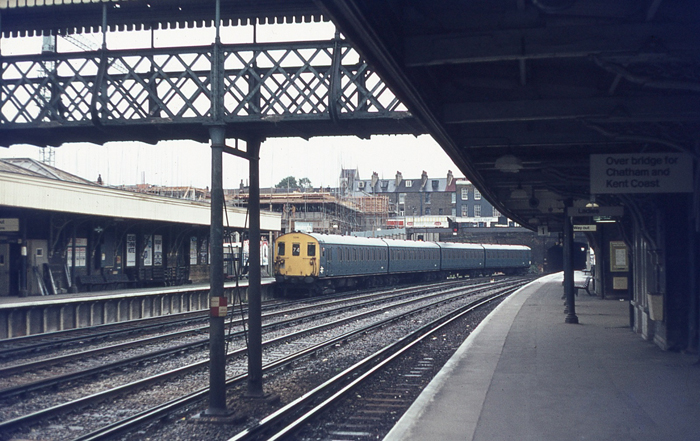 A BR-designed 4 EPB is seen approaching platform 2 with a Maidstone West to Charing Cross via Bexleyheath service. Whilst most of the platform signage had switched over to the plain black text on white background format, SR "Target" name signs were still evident underneath the canopies. In the background can be seen the construction of the "Anglesea Shopping Centre", the multi-storey car park of which has since provided a good vantage point over the station. © David Glasspool Collection 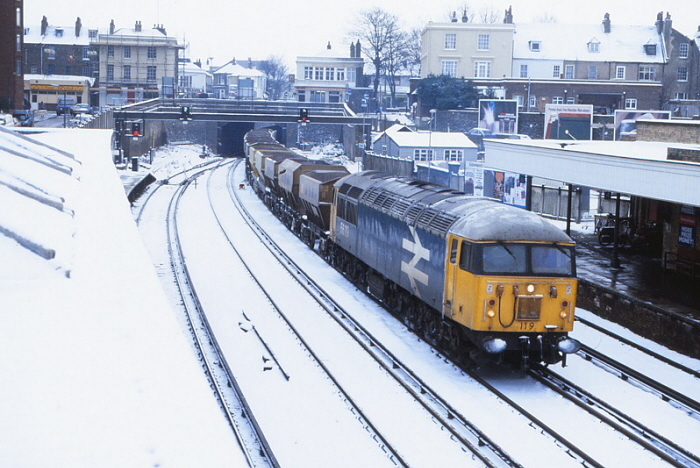 In this snowy scene, Class 56 No. 56119 is seen running on the ''up'' through line with Allington to Westbury empty hopper wagons. No. 56119 was withdrawn from service during March 2004, and is currently in store at Healey Mills Yard, in Wakefield. Behind the locomotive, in the middle-distance, is the area formerly occupied by eastward-facing wagon sidings. © Chris 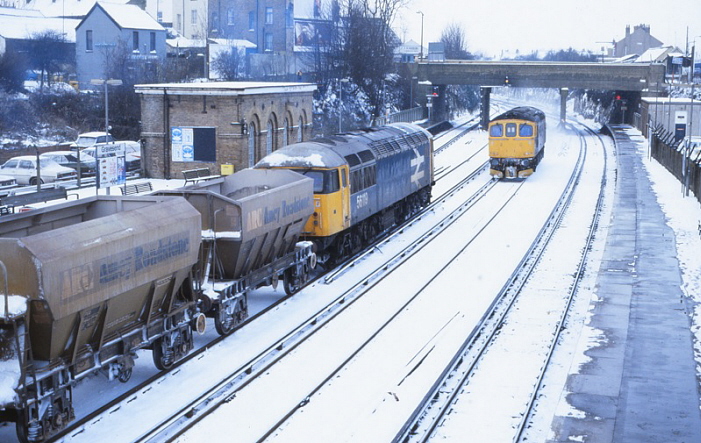 Moments later, we turn round to see No. 56119 heading through the station, whilst a Class 33 is observed running light on the ''down'' through line. Behind the Class 56 in the above view can be seen the base of the water tower, whilst in the background, on the right, can be seen the CLASP office of about 1973 origin. In the background are the prefabricated concrete extensions of 1954 origin. © Chris 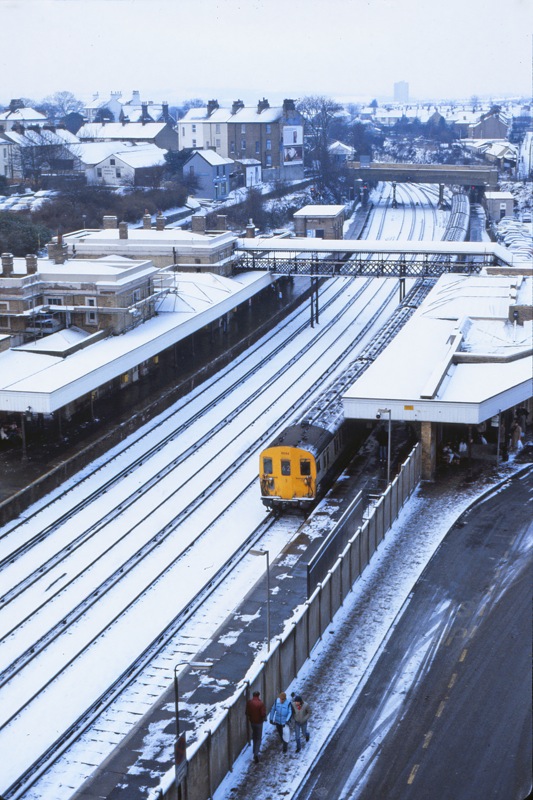 A Birdseye view in early 1985 provides a clear view over the station layout, as viewed from the nearby multi-storey car park. 4 EPB No. 5034 is observed stabled in the ''down'' platform, forming the ''62'' Charing Cross to Gillingham service. In the foreground can be seen the prefabricated concrete platform edging, which was added in 1954 and replaced wooden fencing. The main ''up'' building is still seen in the latter stages of its refurbishment. © Chris