This is one of four cut-and-cover tunnels which was included in the specification for Contract 430 of the CTRL. To briefly recap, the scope of this contract was from Boxley (a village on the northeastern outskirts of Maidstone) to Lenham Heath, a distance of about 20-KM (12¾-miles), which followed the M20 corridor for more or less its entire length. Cut-and-cover tunnels were necessary on those parts of the line which were deemed sensitive to redevelopment, namely at the villages of Boxley, Harrietsham, Hollingbourne, and Sandway (near Lenham).

At Hollingbourne and, indeed, Sandway, a series of precast concrete arched sections were manufactured. These had a rise of 8.5 metres, were 14 metres wide, 325mm thick, and were designed by the "Reinforced Earth Company" of Telford, Shropshire, on behalf of CTRL contractors ''Hochtief'' and ''Norwest Holst''. Assembly of those segments for the Hollingbourne Tunnel took place in spring 2000, which amounted to a tunnel 170-metres (186-yards) long. The system of using these segments was found to bring significant cost and time savings, for originally, these tunnels were to assume the same rectangular design profile as those which emerged at Boxley and Harrietsham. 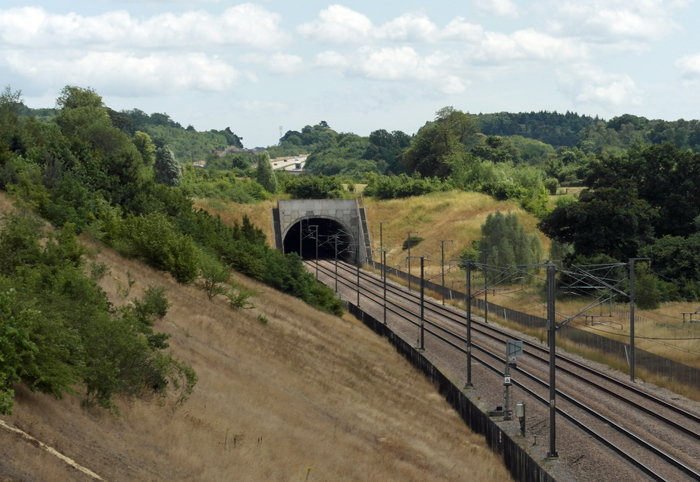