Located beyond the western end of platform Nos. 1 and 2, passengers can be forgiven for thinking this structure is a signal box controlling the diverging Charing Cross and Cannon Street lines. It dates from "Operation London Bridge", the ghastly rebuilding of the station which took place between 1973 and 1978, an attempt to regenerate a site which still showed scarring from World War II bombing raids.

Wayne Walsh was given a quick tour inside the tower, which going by its state - both internal and external - has been disused for some time. Indeed, the instructions for platform staff, still pinned to the wall, were last revised on 20th June 1994. The "lookout" is awash with disused public address equipment, amongst which are various computer monitors of a design evoking memories of the early 1990s. The tower is scheduled to be demolished when redevelopment of platform Nos. 1 to 4 gets underway in August 2016. 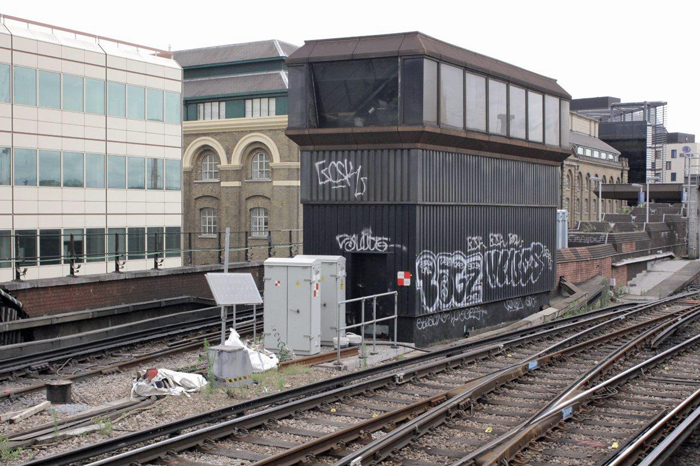 The dilapidated announcement tower is seen located within the fork of the converging lines from platform Nos. 1 and 2, at the western end of the station. The ascending brick structure behind covered the entrance to the subway. © Wayne Walsh 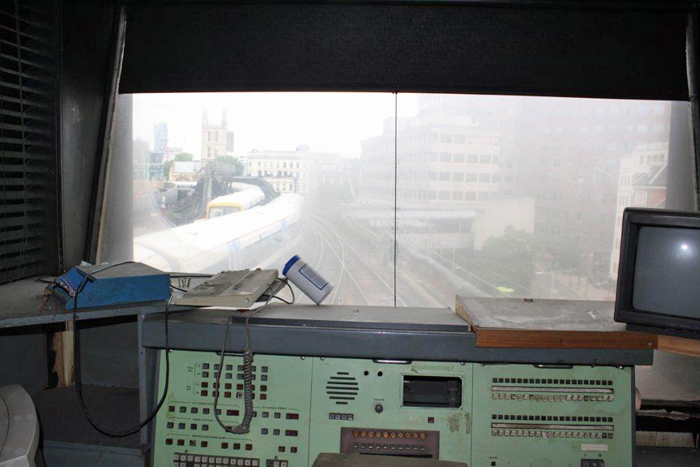 A view through the misty windows towards Borough Market shows two "Networker" formations passing, one Charing Cross-bound, the other having come from that terminus. Below the window is a panel which once controlled the platform indicators. © Wayne Walsh 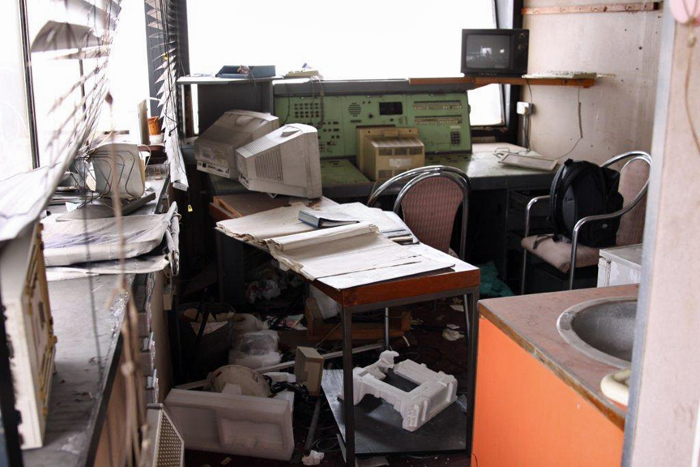