In April 2003, it seemed as though the end was nigh for the prospect of running high-speed domestic services on the CTRL. Cost overruns on the immense infrastructure project had swayed Strategic Rail Authority (SRA) thinking towards abandoning the idea, in light of impending limits on government rail spending. In October of the same year, however, the outlook was much brighter. Indeed, plans to implement these high-speed services became set in concrete when, on 27th October 2004, the Government formally gave the green light to proceed. Coinciding with this announcement on the very same day was the declaration that Hitachi had been selected as the preferred contractor to design and build the rolling stock for these services. On 1st June 2005, the SRA formally signed a £250 million contract with Hitachi, specifying the construction of 28 six-vehicle dual-voltage electric multiple units.

The advent of a completely new fleet of high-tech electric multiple units required the construction of a tailor-made maintenance depot, capable of dealing with every possible engineering and repair task – only the repainting of units was the complex not required to cater for. Ashford was identified as the preferred location for the depot, it being a strategic point at which numerous routes converged. The proposed site of the complex resided to the east of the international station’s platforms, just north of the viaduct carrying the double-track CTRL. Intensively used EMU berthing sidings, capable of accommodating 30 four-vehicle formations, already existed upon part of the specified site. The plan was to relay these tracks further south, in a piecemeal fashion, bordering with the CTRL viaduct. Construction work at the site commenced in September 2005, beginning with the aforementioned relaying of sidings. Never was the number of available EMU sidings reduced during the track revisions: only when a new siding was brought into use on previously unoccupied land would an existing siding be taken out of use, to make way for the new Hitachi depot. Funding for the entire Hitachi project – both depot and trains – was provided by HSBC, which ultimately became the owners of the rolling stock and infrastructure. The depot was to be built upon land owned by Network Rail, but taken out on a long-term lease agreement.

Architecture and engineering consultant firm ‘’RPS Burks Green’’ was hired to design the main depot building, which eventually measured 510-feet in length by 140-feet in width. A futuristic effect was achieved by the incorporation of a curved roof, and five eastward-facing tracks enter the structure. Within the building, each track is host to a two-tonne crane, suspended overhead, whilst the rails themselves are supported in an elevated position upon concrete pillars, to allow underneath inspection of stabled ‘’Javelin’’ units. In addition, one track is dedicated to heavy repairs, and both this and an additional line feature a bogie drop facility. Attached to the depot’s northern elevation is a 465-feet long, by 60-feet wide, workshop and component storage facility, whilst about 190 yards to the east exists an isolated wheel lathe house. The latter is home to a tandem wheel lathe facility – i.e. two wheel sets can be re-profiled at the same time, as opposed to the more customary single wheel set machines. A heavy-duty remote-controlled battery-powered unit is used to drag ‘’Javelin’’ formations over the lathes, and to ensure that the owners sweat their assets, proposals have been put forward to permit the use of the lathe by other train operating companies. The lathe requires a formal Network Rail endorsement and safety case to be declared fully fit for continual use, and such will only be given after 100 bogie sets have been successfully re-profiled.

Nine completely new sidings for Electrostar and Networker fleets were laid immediately to the south of the depot. Contractor ''GrantRail'' was responsible for all track laying and the installation of 25kV overhead wires on a test track, whilst ''Fitzpatrick PLC'' was awarded the task of erecting the main depot buildings. The site’s rails follow the tight curvature of the departing route to Thanet via Canterbury West, and ultimately a connection has been made with both ‘’up’’ and ‘’down’’ running lines. The entire yard is equipped with third rail, but in light of staff safety, this terminates at the entrance doors to the depot building. Thus, thereafter, units are powered from a shore-supply facility incorporated within the depot. In addition to this, a diesel shunter is a permanent resident on site, which can manually move units into position – more of later. The entire site, including the realigned Electrostar / Networker sidings, is operated from the Hitachi Depot’s control panel. The whole Ashford infrastructure project was priced at £52.9 million: the ‘’Javelin’’ order had since been increased by one, to a fleet size of 29 units, thus rolling stock alone totalled a whopping £260 million. The Hitachi depot was deemed formally complete after 92 weeks of construction work, and will be supported in its ‘’Javelin’’ maintenance role by a completely new five-road depot at Ramsgate. The two depots are capable of dealing with both ‘’Javelin’’ and ‘’Electrostar’’ fleets; however, that at Ramsgate will only carry out light maintenance and general inspection on the CTRL domestic stock, whilst the Ashford depot, although equipped to maintain the Class 375 units, has no current plans to do so. 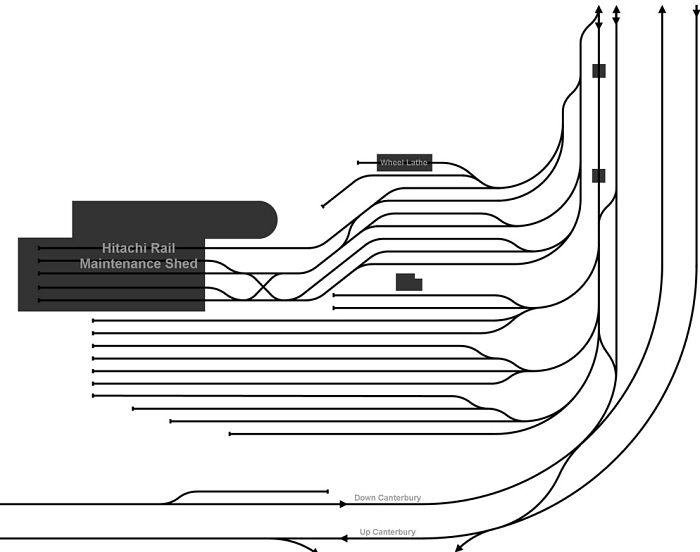 Hitachi Depot Track Plan: click the above image for an enlarged version. © Drawn by Paul Cooper-Hayden 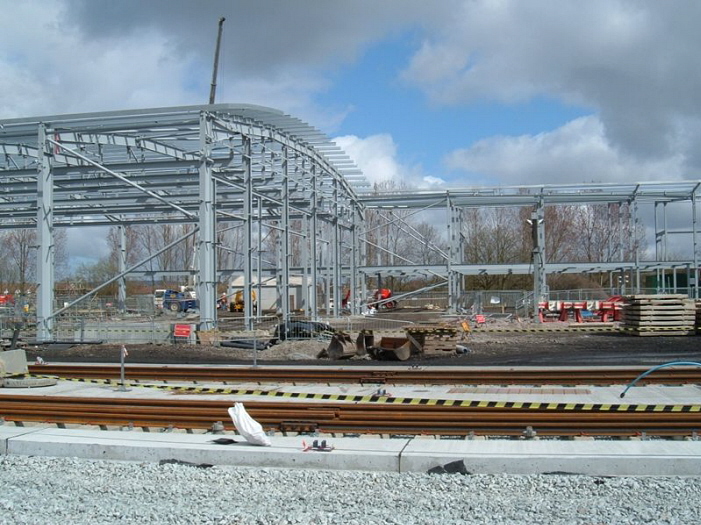 Under construction, the main arched roof maintenance shed framework is seen taking shape, whilst in the foreground are rail lengths for the newly re-aligned stabling sidings. © Paul Cooper-Hayden 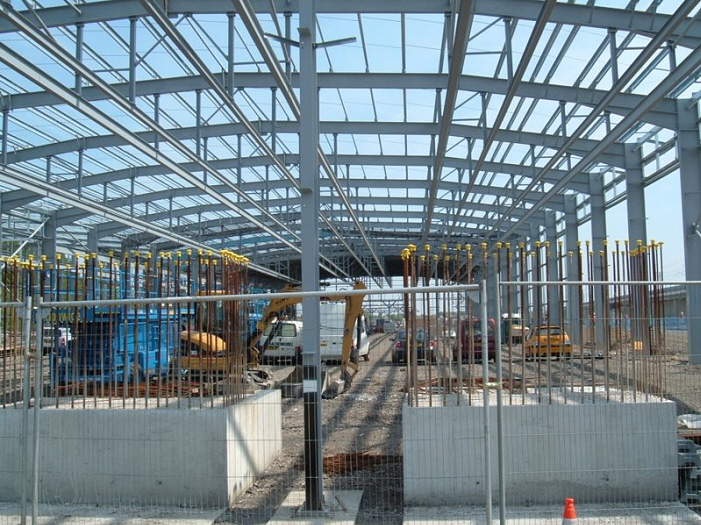 A coast-bound view through the rear of the framework reveals the large concrete boxes that indicate the end of the depot roads. The height of each concrete block indicates how high the rails will be elevated above ground level. © Paul Cooper-Hayden 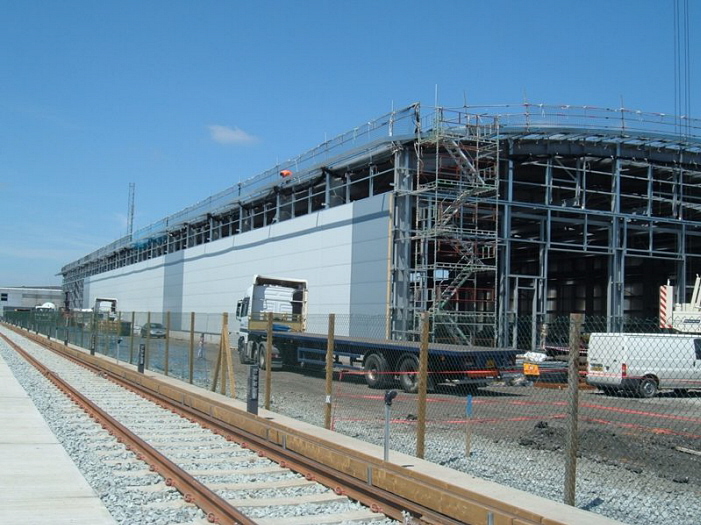 The depot is now seen at a more advanced stage of construction, as the framework cladding is added. The site of the stabling sidings had already been fenced off from the main complex by this time. © Paul Cooper-Hayden