From the London direction, this is the first of four cut-and-cover tunnels situated along a 20-KM (12.43-miles) stretch of the CTRL, which formed building Contract 420. To recap, this contract ran from Boxley, which is about 2.4-KM (1&frac12-miles) southeast of the North Downs Tunnel through Bluebell Hill, to Lenham Heath. The cost of construction was stated to be £140,000,000, and a joint venture between ''Hochtief'' and ''Norwest Holst'' was awarded the work in March 1999.

The requirement of cut-and-cover tunnels on this section of the route - the other three being at Hollingbourne, Harrietsham, and Sandway - derived from the course of the line passing through environmentally-sensitive areas. Therefore, to reduce the noise and visual impact of the railway, sections of it were to be covered over where cuttings would normally have been sufficient.

Work on Contract 420 started in June 1999, with a scheduled completion date of October 2001. At Boxley, a concrete box structure 325-metres-long and 7.1-metres-high emerged, on top of which earth was relaid. The village of Boxley is located 0.4-KM (&frac14-mile) northeast of the tunnel, the latter of which saw regular passenger services through it from 28th September 2003. 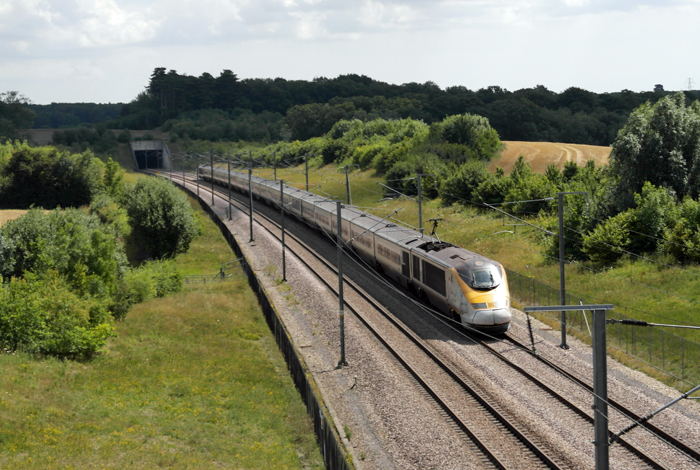 The northwestern portal of Boxley Tunnel is in the background of this view, which shows Class 373 half set Nos. 3209 and 3210 (the latter leading) forming the ex-12:13 departure from Paris Gare du Nord to St Pancras. © David Glasspool 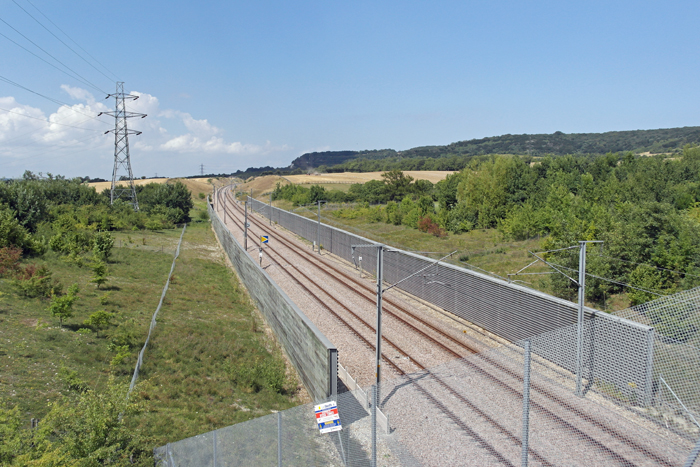 A London-bound view shows 240-metre-long timber-clad sound barriers flanking either side of the running lines, about 730-metres beyond the tunnel entrance. © David Glasspool