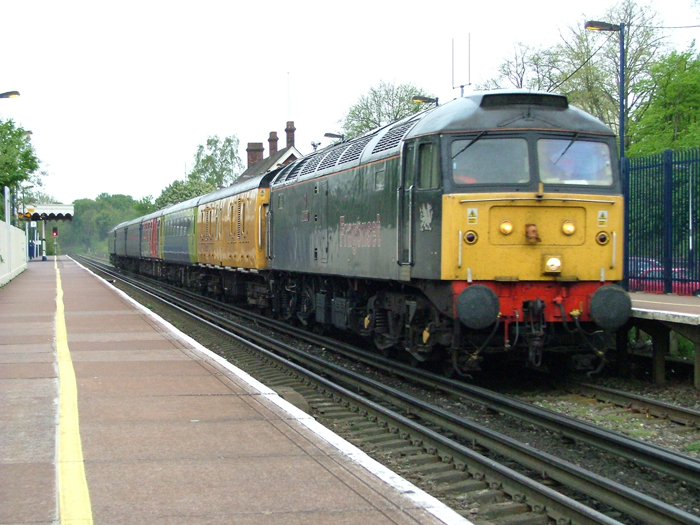 Fragonset-liveried No. 47355 is seen passing through High Brooms hauling the SERCO Test Train from West Marina, Hastings, to Hither Green. This was just a stock movement - actual testing was not occurring at this time. © Neil Bays 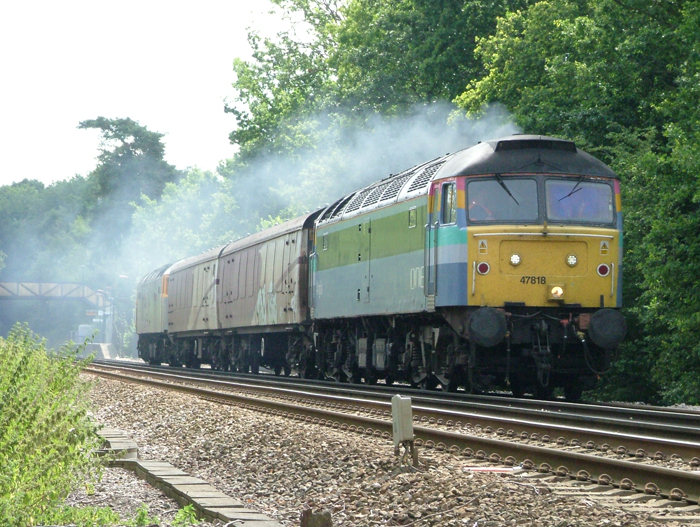 Nos. 47818 and 47813 are seen passing through Penshurst working the 09:15 from Tonbridge to Gloucester, top-and-tailing a pair of barrier wagons converted from BR Mk 1 coaching stock. At this time, both diesels were allocated to Norwich Crown Point. © Neil Bays 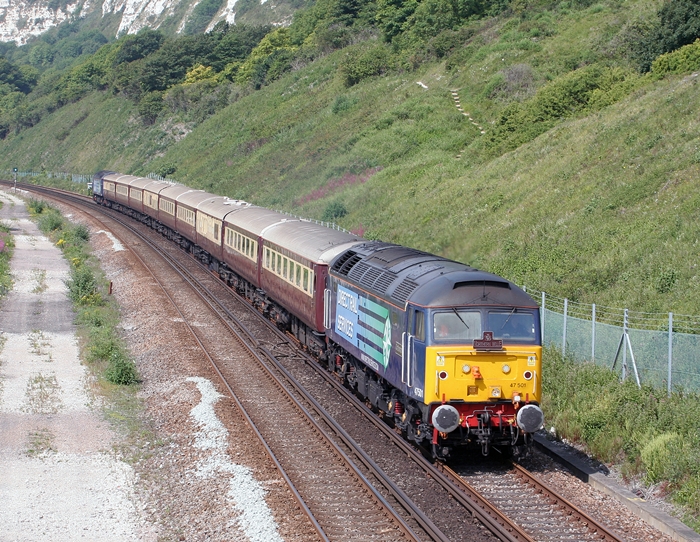 No. 47501 ‘'Craftsman'’, wearing the colours of ''Direct Rail Services'', is seen hauling 1Z30 08.34 London Victoria to Deal through Folkestone Warren, on Friday 15th July 2011. This was taking fans to the Open Championship Golf at Sandwich. No. 47808 was on the rear. ''Northern Belle'' is seen on the headboard. © Edward Clarkson 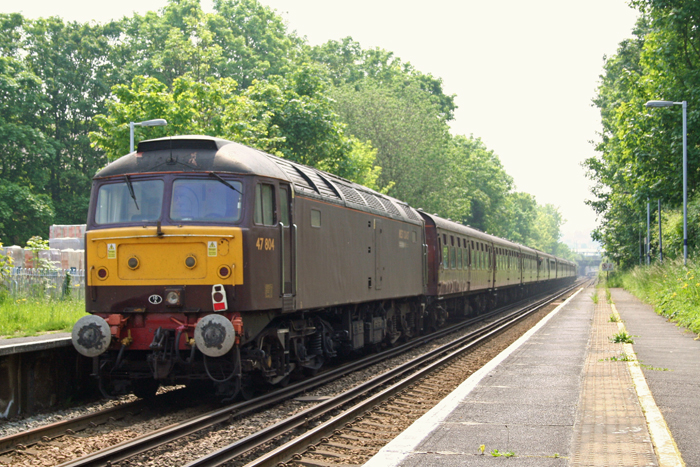 "West Coast Railways" No. 47804 is seen at Maidstone Barracks trailing on the rear of Compass Railtours' 05:57 Hooton, Cheshire to Brighton excursion. No. 47760 was leading, and the train had travelled over the Dartford Loop Line via Sidcup. © Neil Bays 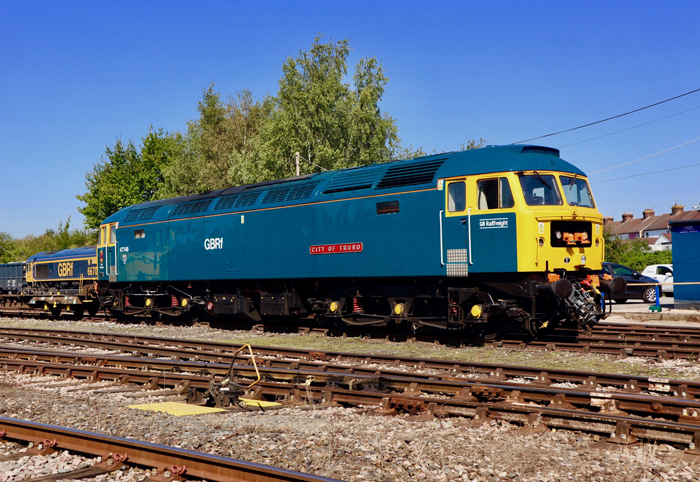 Looking resplendent in all-over BR Blue, GB Railfreight No. 47749 "City of Truro" is seen stabled in Tonbridge West Yard. The lathe at Hitachi's Ashford Depot was under repair at this time, so any wheel turning for Class 395 units involved a trip to North Pole Depot. No. 47749 was on call to drag Class 395 units between Ashford and North Pole, and was fitted with compatible couplings for the occasion. © Wayne Walsh