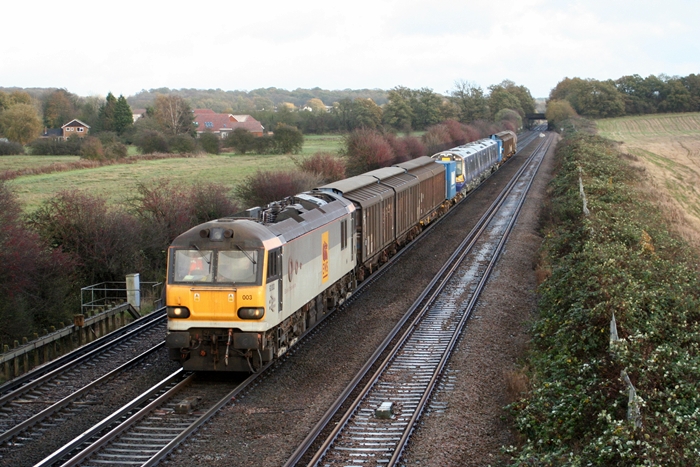 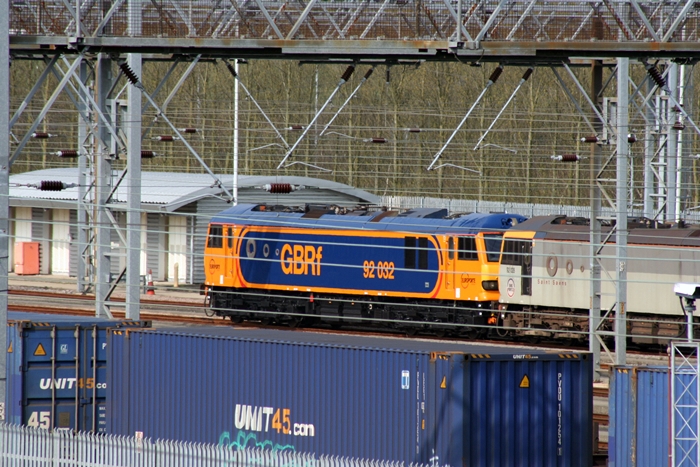 No. 92032 was one of those former EPS locomotives taken over by Eurotunnel. The latter created a subsidiary, "Europorte", for its freight operations. No. 92032 is seen at Dollands Moor with "Europorte" logos, but why the "Great Britain Railfreight" livery? Eurotunnel formally acquired GBRf from "First Group PLC" on 1st June 2010. Still wearing two-tone grey, sister locomotive No. 92028 is seen alongside. © Edward Clarkson 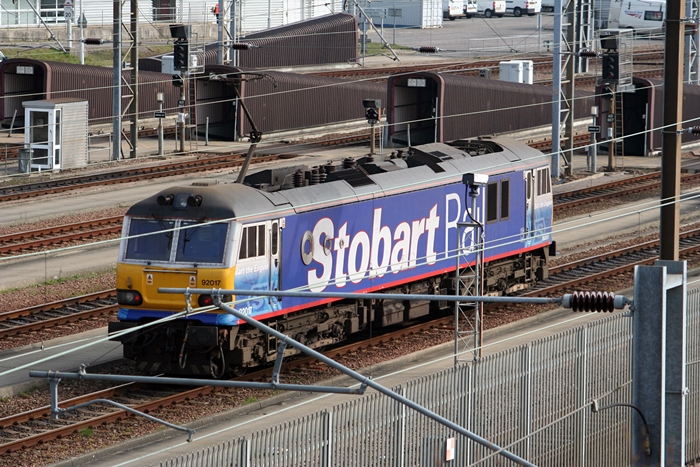 Another colourful livery worn by the type is that of haulage firm "Stobart Group". Its subsidiary, "Stobart Rail", appointed DB Schenker (the successor to EWS) as its provider of rail freight services on 14th August 2009. As a result, Class 92 No. 92017 received the "Stobart" treatment, and is seen at Dollands Moor. © Edward Clarkson 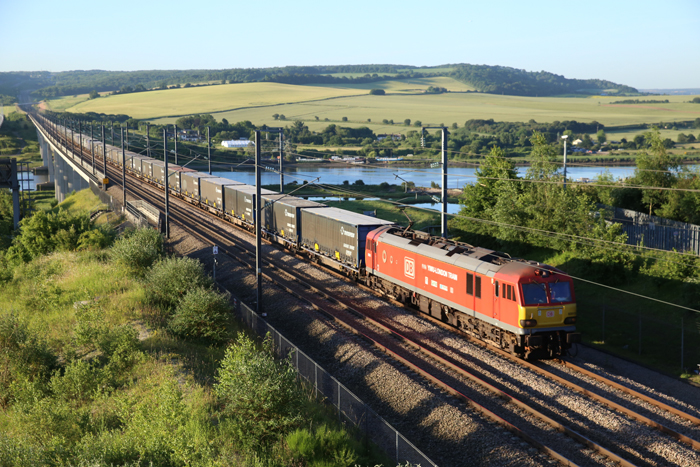 No. 92015 is seen coming off the Medway Viaduct hauling the 632N 05:28 Dollands Moor Sidings to Ripple Lane Exchange Sidings. The train comprises intermodal wagons owned by "Transfesa", these of which are bound for the Ford Motor Company's factory at Dagenham. This is one of a few freight workings over "High Speed 1", which allows wagons built to the continental "Berne Gauge" to run. No. 92015 wears the latest red livery of Deutsche Bahn, with legend "Yiwu - London Train". This signifies the locomotive's involvement in hauling the UK portion of a container train which had started its journey in Eastern China on 1st January 2017 and arrived in Barking, East London, on 18th of the same month. © Wayne Walsh