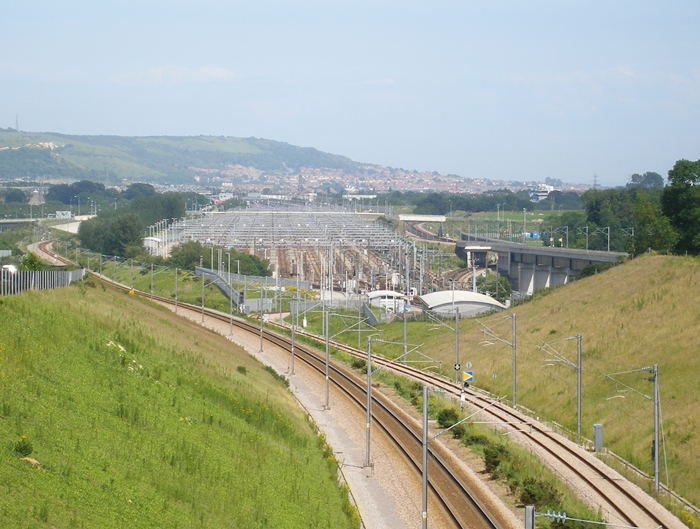 This is a head-on view of the yard, looking towards the tunnel portal. The scene presents a multitude of gantries and overhead wires. In the foreground, and sweeping to the left, is the ''down'' track of the CTRL's ''Section One''. Running parallel with it for a short while is the CTRL entry to Dollands Moor, which can be seen taking a sharp turn to the right in the midst of palisade fencing. On the far right, carried by a viaduct, is the ''up'' CTRL line, whilst curving under this is the double-track to the Kent Coast. The curved-roof shed on the right was where a European-modified Class 66 was stabled on this day. © David Glasspool 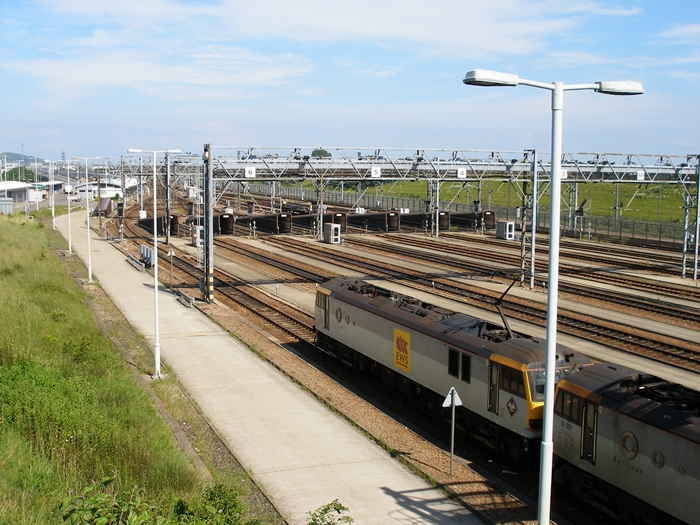 In view are seven westward-facing subway entrances, which appear to be used in conjunction with the track foot crossings. Two Class 92 locomotives presented themselves on this day, that in full view being No. 92026 ''Britten'', and the other being No. 92037 ''Sullivan''. © David Glasspool 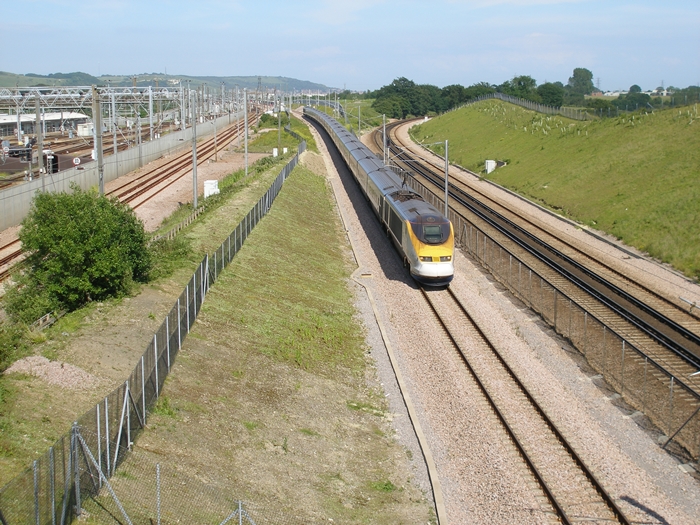 On the same day as the previous picture, a Eurostar formation was observed accelerating towards London on the September 2003-opened CTRL ''Section One''. The yard is clearly in evidence on the left, whilst the double-track on the right is that of the Kent Coast line. © David Glasspool 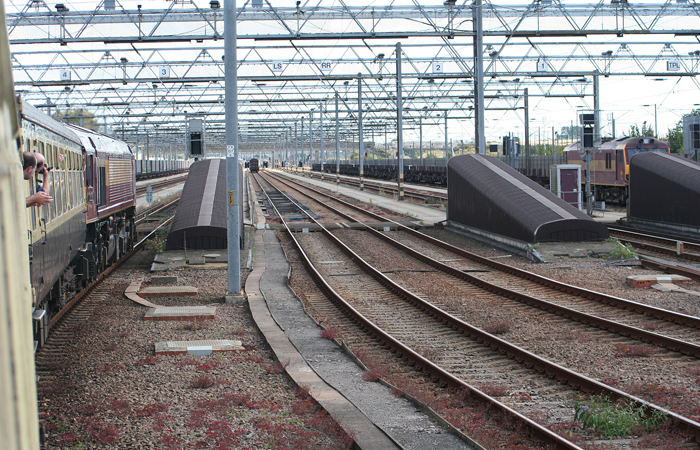 Dollands Moor from a different angle. This is the "Harwich-Hook" rail tour, hauled by Class 59 No. 59203, entering the yard from the west. The tour had originated from Hook in Hampshire and had travelled along the South Western Main Line via Woking to Clapham Junction; the route over South Eastern Division metals to Dollands Moor was via Maidstone East. It was at Dollands Moor where Class 92 No. 92026 attached to the other end of the train and hauled it to Wembley European Freight Yard, with No. 59203 in tow. As the tour name suggests, the train eventually reached Harwich, before returning to Hook. © Edward Clarkson