During 1981, the Greater London Council (GLC) published proposals for the Rochester Way Relief Road, which, today, has become the London end of the A2 trunk route. The plans outlined two lanes in each direction, located within a concrete-lined cutting, running parallel with the Bexleyheath line for one mile of its length, within the vicinity of Eltham. The trunk road was also to be routed under the railway at the precise site of Well Hall station, the latter of which would require complete demolition. British Rail and the GLC intended rebuilding the platforms 400 yards east of the existing site, bringing the station entrance to within only 760 yards of that at nearby Eltham Park. Consequently, having two stations in such close proximity to each other was deemed a waste of resources, thus the future of Eltham Park was brought into considerable doubt. On 7th December 1981, a census was commissioned to record the number of passengers using the station. It was discovered that during the weekday peak hours between 07:30 and 09:30, twenty-one London-bound trains served the station, 1500 passengers embarking here. In-between the morning and evening weekday peaks, the Dartford-bound platform was served by a train every twenty minutes, a frequency which reverted to thirty minutes for the duration of the evenings and on Saturdays. Eltham Park was closed to traffic on Sundays, but trains continued to serve Well Hall.

By August 1982, it had been estimated that the closure of Eltham Park, in conjunction with the commissioning of the aforementioned Well Hall replacement platforms, would save British Rail approximately £45,700 (£111,470 at 2007 prices) per annum, a figure which included running costs associated with staffing and general maintenance. Consequently, on 26th March 1984, the Secretary of State for Transport formally approved the closure of Eltham Park (in accordance with the Transport Acts of 1962 and 1968), making clear that this should only take place once the new Well Hall site was ready for commissioning. Closure notices appeared in the first issue of the Southern Region’s General Circular in the following year. The last day of operation for the station was earmarked as Saturday 2nd March 1985, the final service calling at the site being the 23:43 Charing Cross to Dartford.

The replacement station was to act as a combined bus and railway operation. It was planned to have a two-storey-high glazed main building, 170-foot long by 70 foot wide, on the ‘’up’’ side of the line, suspended across the four lanes of the Rochester Way Relief Road. The platform surfaces – perpendicular to the station building – were constituted of prefabricated concrete components, and the surfaces were protected by 280-foot-long upward-slanting metal canopies, in addition to being linked by a subway cut into the embankment. Furthermore, an elongated car park was to be sandwiched in-between the running lines and the relief road cutting, to the east of the main building. Bus stops and turnaround facilities were to be located alongside the rear elevation of the ‘’up’’ platform, and the existing site of the doomed Well Hall station would become host to a concrete overbridge. Construction of the new complex was hampered by poor weather, which consequently shifted back the closure dates of Eltham Park and Well Hall stations to Saturday 16th March 1985. The last train to serve the aforementioned pair was the 23:43 Charing Cross to Dartford, and the modern and newly christened ‘’Eltham’’ station came into use the following day. 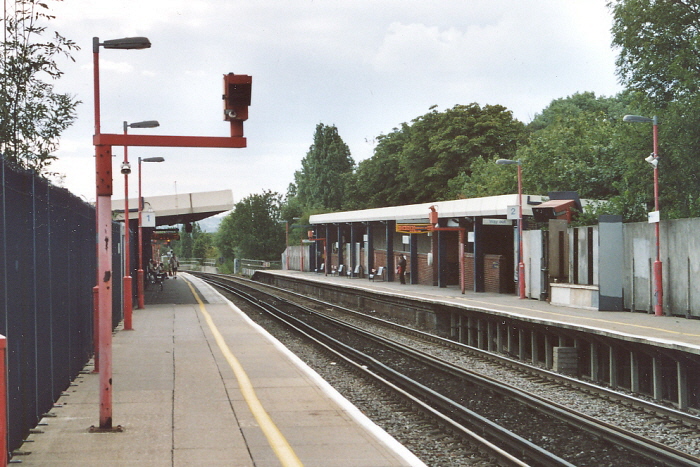 A London-bound view shows those structures which came into use in 1985. The car park and main station building are hidden by the palisade fencing on the left. © David Glasspool 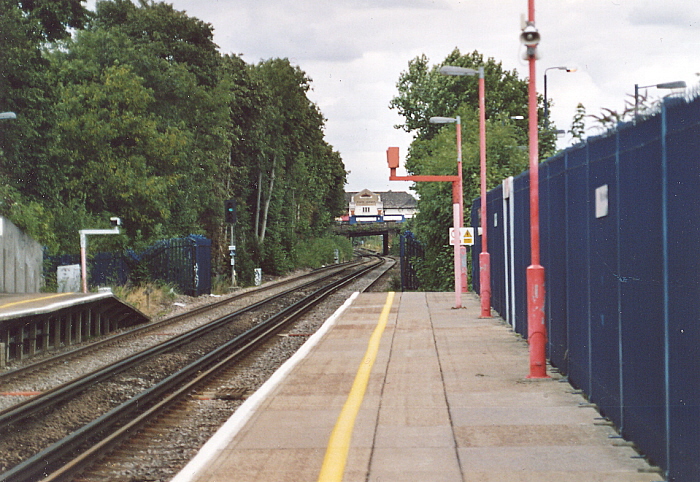 An eastward view shows the line ascending the 1 in 81 gradient from Eltham Park, the ''high-level'' building of which can be seen on the road bridge in the distance. It was deemed by BR that having two operational stations in such close proximity to each other was a waste of resources, and Eltham Park subsequently closed on the same date as Well Hall. © David Glasspool 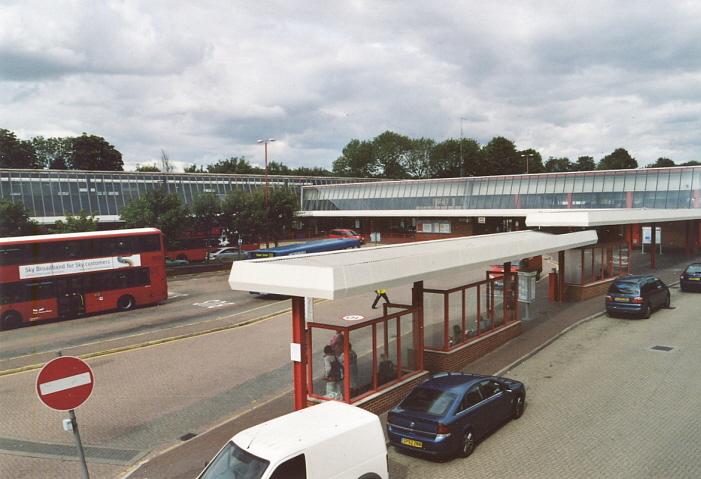 A large bus station was created alongside the main building; the canopies in the foreground are to the same design as those used on the platforms. The running lines are hidden by the glass façade on the left. © David Glasspool