This peculiar piece of traction first appeared in the country during the summer of 2003. The diesel multiple unit, coded ''UFM160'', was built by Plasser & Theurer in Austria in 2002 as part of an infrastructure ''Inspection & Analysis'' fleet of railway vehicles under the brand ''Eurailscout'', designed to examine the railway networks of Europe. The two-vehicle formation conforms to most European countries' size standards, primarily due to its intended use on the tight loading gauge of the former British Rail network. The unit underwent acceptance exams at Derby and was tested out on main lines for Network Rail by Serco, the latter better known for its top-and-tailing BR Mk 2 carriage formations. The latest technology is employed within the UFM160, which makes use of global positioning satellites and lasers to measure track geometry, find faults and check overhead wire positions at speeds of up to 100 MPH, day or night. 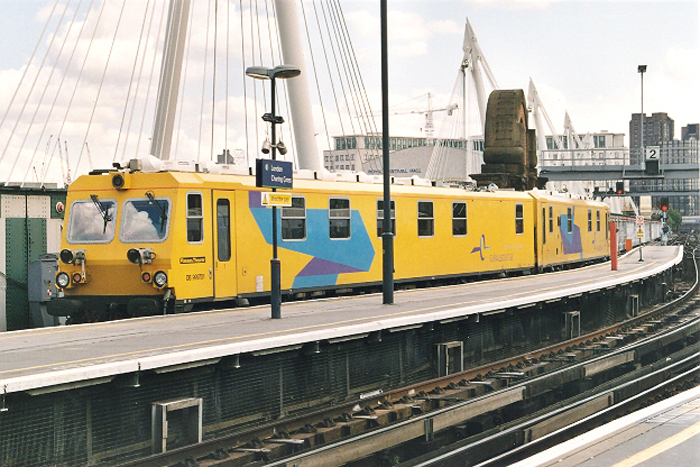 The UFM160 DMU made an appearance at Charing Cross. It trundled over Hungerford bridge, briefly parked itself at the end of platform 1 (as seen here), then disappeared. © David Glasspool