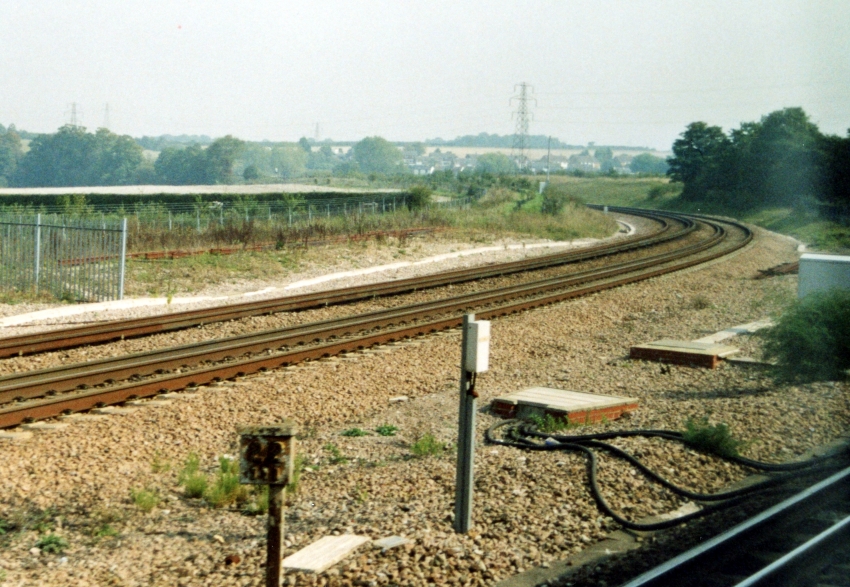 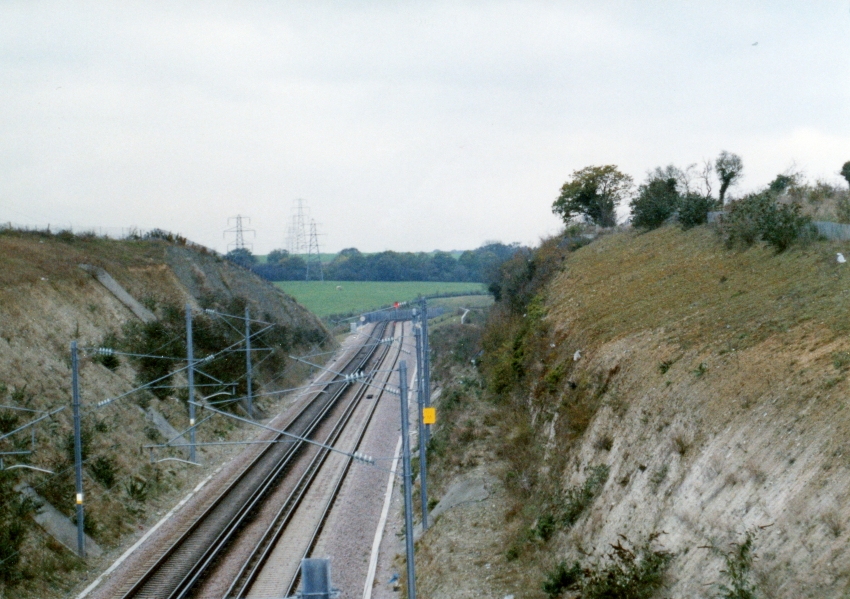 This south westerly view from Whitehill Road is the changeover point between third rail and overhead wires. Under the wires, third rail continues for another 1040 yards. © David Glasspool 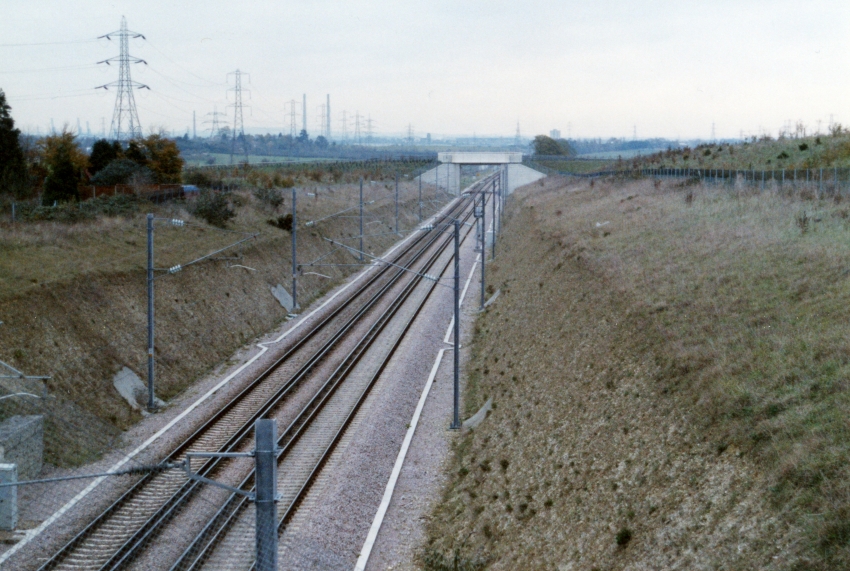 A south westerly view from Hook Green Road shows that 1040-yard section of the line which is host to both overhead wires and third rail. © David Glasspool 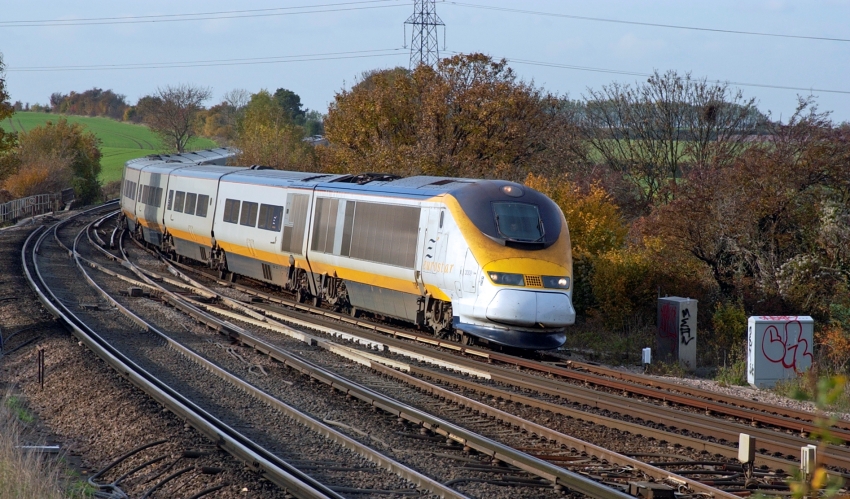 France-bound Class 373 No. 3009 is seen turning onto the connecting spur between the "Chatham" main line and the CTRL at Fawkham Junction. There was less than a fortnight left until "Eurostar" trains ceased running along this route for good, Phase 2 of the CTRL to St Pancras International via Ebbsfleet and Stratford being used by scheduled services from 13th of the same month. © Ian Cuthbertson 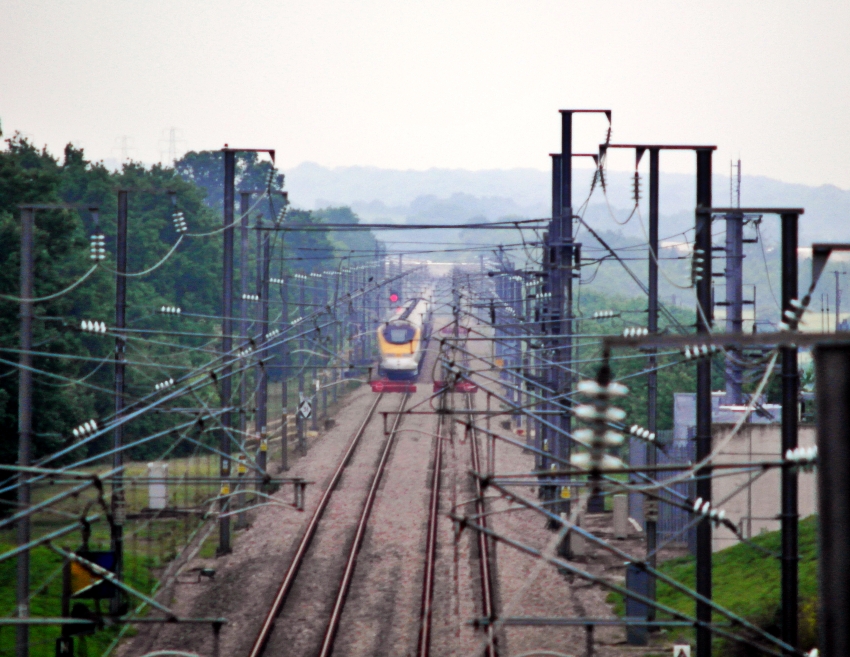 After the opening of that section of the CTRL between St Pancras and Southfleet Junction, the spur from Fawkham Junction ceased to be a passenger route, but it for some time saw a weekly working of empty "Javelin" stock. The line is now out of use, Fawkham Junction itself clipped and padlocked, and has taken on a new role of storing redundant Class 373 units. This north easterly view from Hook Green Road shows the "up" line to be occupied by at least one Class 373 formation, which was hemmed in by red barricades at both ends. © David Glasspool