Ladywell came into use with the ‘’Mid Kent & North Kent Junction Railway’s’’ Lewisham to Beckenham line on 1st January 1857, and demonstrates architecture which is typical of the route. Like its southerly neighbour at Catford Bridge, the station was opened as a two-platform affair with no goods facilities. The main building was situated on the ‘’up’’ platform, measured some 80 foot by 20 foot, and was a single-storey structure constituted of yellow brick. Square stone window frames were a feature of the building, and variations of the design used here appeared at both Beckenham Junction and Catford Bridge. An intricate canopy extended from the structure’s eastern elevation, stretching the full 80 foot length of the building, and the stylish timber valance was of a standardised design. The ‘’down’’ side waiting accommodation was modest in comparison, comprising a small, brick-built pitched-roof shelter, approximately 30 foot in length. The appearance of this can be likened to a much more recent design – that of the ‘’up’ and ‘’down’’ side Network SouthEast-built waiting shelters at Lower Sydenham. From the outset, passengers used a track foot crossing to walk between platforms, such a practice being customary at several intermediate stations during the early SER years. However, by the end of the 19th Century, the Board of Trade began tightening standards, and at many sites, footbridges became a requirement. Circa 1895, Ladywell received such a structure: a roofed lattice footbridge, approximately 55 foot long, appeared to the north of the platform buildings.

Shortly after formation in 1899, the SE&CR implemented a programme of improving its suburban services, which included route upgrades, and station and motive power depot enhancements. Just after 1900, Ladywell’s ‘’down’’ platform received new waiting accommodation, positioned immediately adjacent to the northern end of the existing waiting shelter (which itself was retained). This later waiting room was just over 30 feet in length, by 15 feet deep, and sported a platform canopy which matched the design of its older ‘’up’’ side counterpart. With reference to the ‘’up’’ side canopy, this was extended northwards during the same works, beyond the footbridge entrance, to reach a total length of just under 120 feet.

Decided improvement of services on the line occurred under Southern Railway ownership. On 28th February 1926, a full electric service commenced along the Bromley North, Addiscombe, and Hayes branch lines. In connection with this, Ladywell received a revised design of gas lamp, to conform to the SR’s then new ‘’modern image’’, but little else at the station changed until the British Railways era. In preparation for the commencement of ten vehicle EPB formations, the platforms were extended at their southern ends during 1954 with prefabricated concrete. Since, Ladywell has witnessed the demolition of the original ‘’down’’ side waiting shelter, but little else has changed at this station. In 1992, the platform surfaces received further extension to accommodate then proposed twelve carriage services, and acquired television screens for ''Networker'' driver-only-operation. The main ‘’up’’ side building has lost one of its chimney stacks, and has seen the other halved in height, but this station comfortably retains a bygone feel. 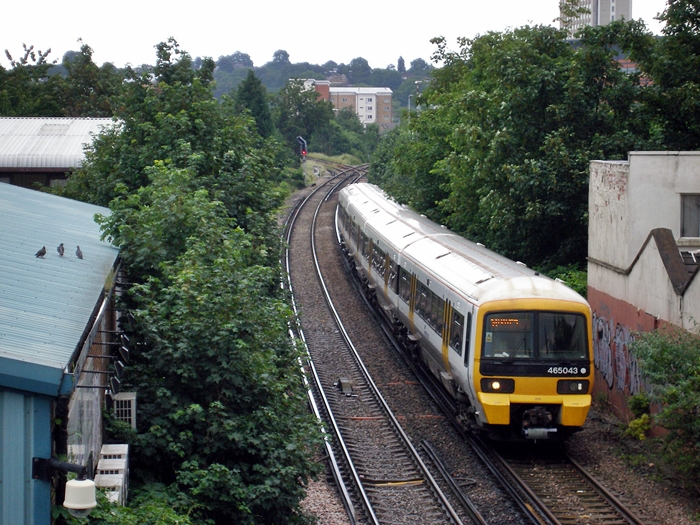 Class 465 No. 465043 is seen approaching Ladywell. In the background, curving off to the left, is the ''Ladywell

Loop''. Commissioned in 1866, this linked the Mid-Kent Line with the July 1865-opened northern section of the 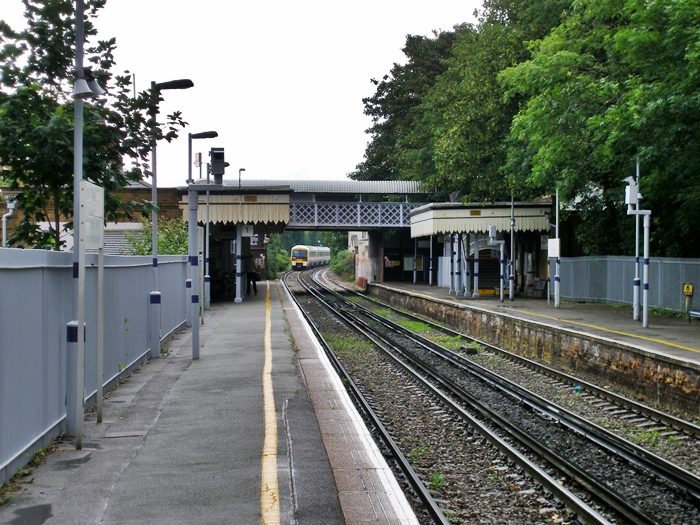 A London-bound view shows the original SER structure on the left, the later covered footbridge, and the ''down''

side building of SE&CR origin. The now demolished SER ''down'' side shelter formerly resided in-between the 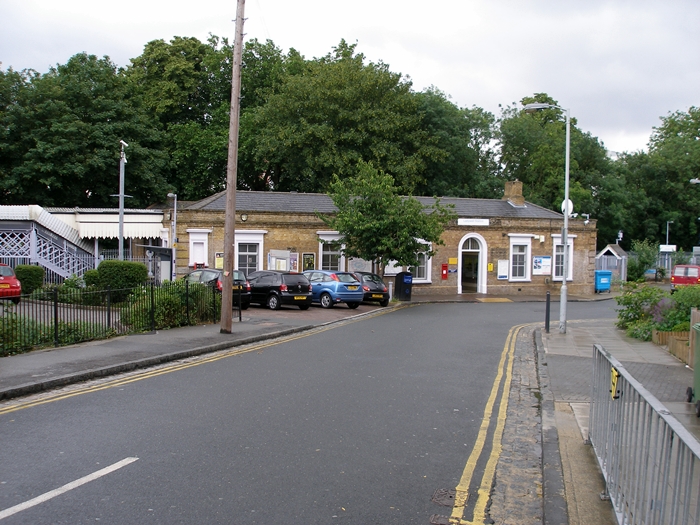 and Beckenham Junction stations. On the left can be seen one of the footbridge's flights of stairs, in addition to

the SE&CR's canopy extension. The building formerly boasted two chimneys, but now has only half of one left.