Domestic ‘’Javelin’’ trains started running between Ashford and St Pancras International on 29th June 2009, as part of a limited ‘’preview’’ service in the run-up to the introduction of a full high-speed timetable on 13th December of that year. Thereafter, key Kent towns of Ashford, Canterbury, Ramsgate, Margate, Folkestone, and Dover became beneficiaries of drastically reduced journey times to the capital, in addition to being served by another London terminus. A notable exclusion from the high-speed timetable was the County Town of Maidstone, which was bypassed by the new line. Whilst Maidstone enjoyed a healthy rail service to Victoria via Otford, the town was devoid of a reasonable connection to the City (save for two very early weekday departures from Maidstone East to Blackfriars), and had now been overlooked for a link to the Euston Road.

In March 2011, the government extended the ‘’Southeastern’’ franchise by two years. At this time, the incumbent operator announced that ‘’Javelin’’ services would start from Maidstone West on 23rd May that year, initially on a six-month trial basis. The natural drawback here was that for just under half the journey mileage, the services would not be ‘’high-speed’’ in a true sense, given the requirement to use existing lines to reach the rails of the ‘’Chunnel’’ route. The first twenty-miles of the ‘’up’’ journey involves traversing the Medway Valley line up to Strood, and thence onto the North Kent Line. The high-speed line is finally joined at Ebbsfleet International (Springhead Junction); at this stage, St Pancras is about twenty-five miles distant. The slower portion of the journey between Maidstone and Ebbsfleet was compensated in the timetable by limiting intermediate stops on this section to Strood and Gravesend. Compared with other towns included within the ‘’high-speed’’ timetable, reductions in journey times from Maidstone have been quite marginal. A journey from the West station to St Pancras International is 47-mintues duration, whilst the quickest train from Maidstone East to London Victoria comes fairly close at 56-minutes. At present, ‘’Javelin’’ services run to/from Maidstone West in peak hours only. 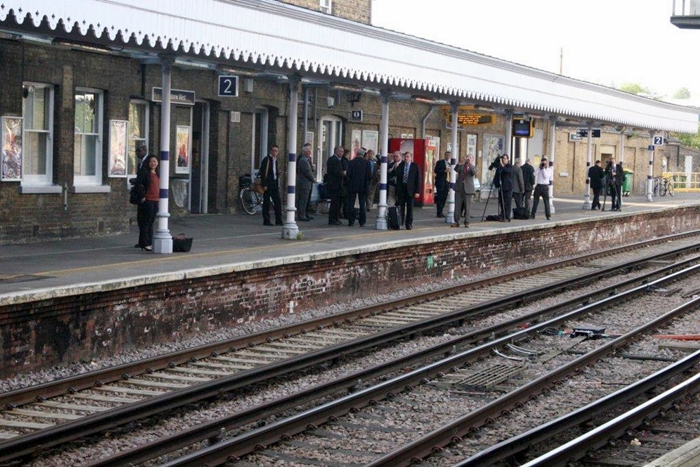 A gathering, complete with cameras, is evident on platform 2, as passengers await the arrival of the first 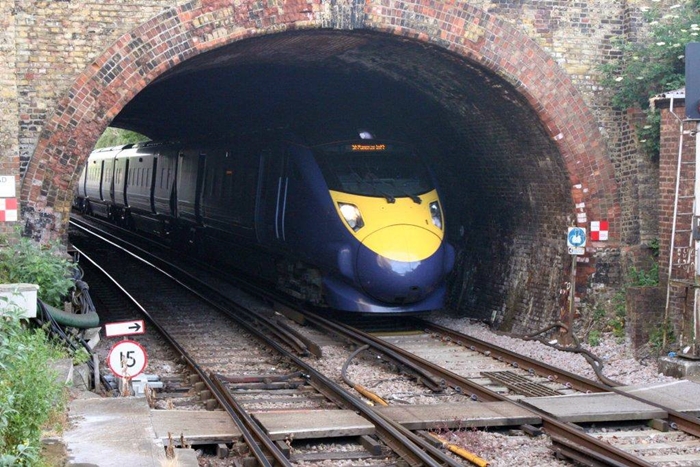 Class 395 No. 395029 was on the roster for this duty, and is seen trundling into the station from the north. 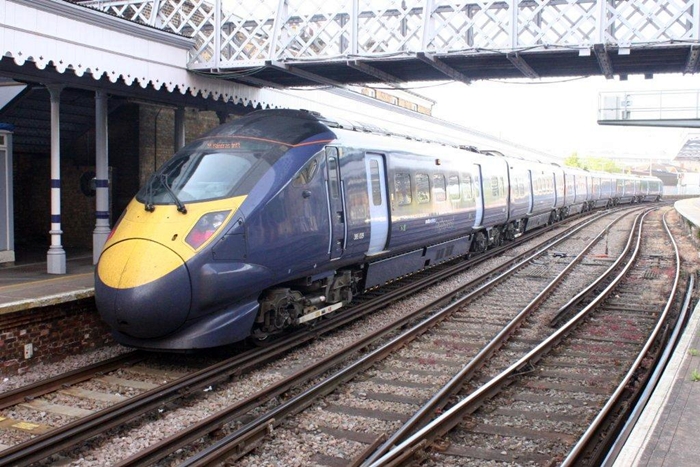 Among the passengers on this inaugural service was the MP for Maidstone and the Weald, and Southeastern's

Managing Director. The Maidstone trains do not stop at Ebbsfleet International. © Wayne Walsh 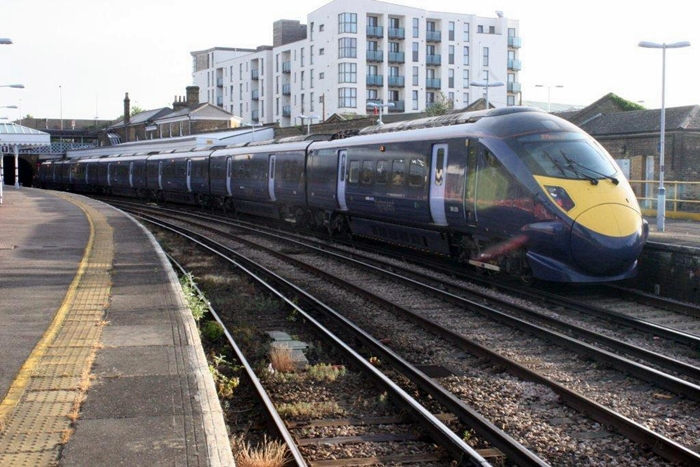 New train, vintage station. Given the uncertainty over the success of the new service, the train was given a

six month trial run. A substantial amount of the journey is made over existing commuter lines where no high

speed advantage exists, and the time saving over the fastest Victoria service is just nine minutes.