This is a large, multi-million pound facility built on the former site of a builders' merchant, some 200 yards east of the station's ''up'' platform. The centre also replaces a trio of disused sidings situated beside the running lines at this point. The £13 million complex has superseded training centres at Hither Green and Ashford, and staff from these two have consequently been moved down to the Paddock Wood facility. The new training centre is one of the country's most advanced of its type, incorporating classrooms, IT suites, and indoor and outdoor practical workings areas. The latter are equipped with permanent way infrastructure to allow hands-on training exercises for track welding, assembly of points, and installation of signalling equipment. Each training programme can take on up to 90 recruits at any one time, and similar high-tech compounds are expected to come into use at Bristol in the south west, and Larbert in Falkirk, Scotland. Paddock Wood Training Centre was originally scheduled for an April 2007 opening, but formal commissioning of the site was instead put back to 7th June of that year. The opening ceremony was led by Rail Minister Tom Harris. 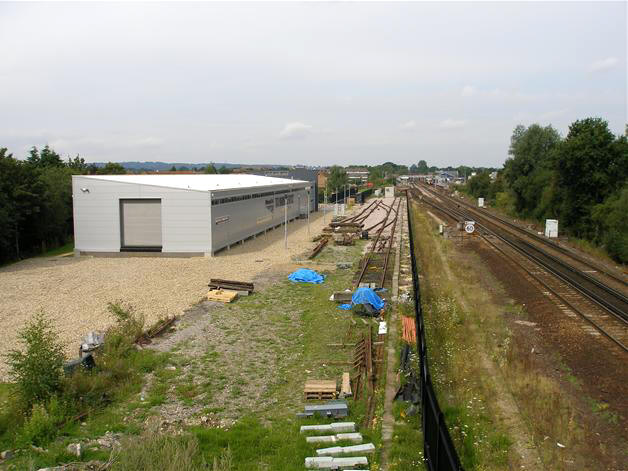 on the left. The newly-laid ballast is around the still extant disused sidings, which have now been put

to practical training use. David Glasspool 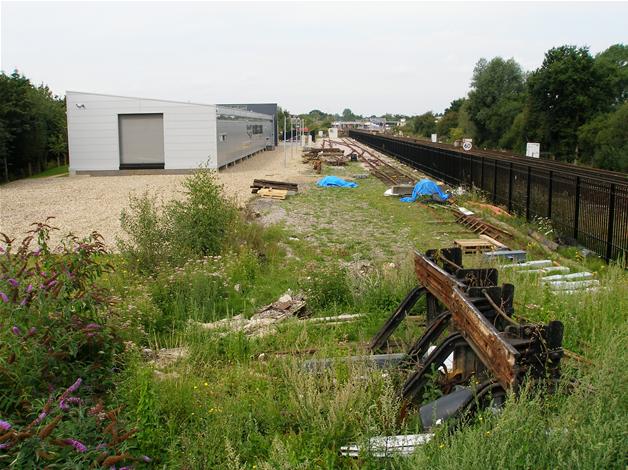 A second westward view from 12th August 2007 reveals the former buffer stops of the disused sidings.