Penhurst came into use with the Reigate Junction (Redhill) to Tonbridge section of the SER’s Dover trunk line on 26th May 1842, and became a station typical of the SER’s ‘’modest cost’’ construction policy. Later modernised tastefully by the Southern Railway after a disastrous fire, this station now joins a long list of South Eastern Division sites which have since fallen foul to British Rail’s austere reconstructions of the 1970s.

A pair of staggered platforms were built here, an SER trademark, linked by a track foot crossing, and such features were shared by all those stations which originally opened with the line. The main building was positioned on the ‘’up’’ platform and was an unassuming affair: single-storey, it was of tongue-and-groove timber construction, and featured sash-style windows (well used over the entire SER network) and a pyramid-shaped slated roof, from which a pair of chimneystacks emerged. The eastern and western elevations sprouted small timber appendices which accommodated the Signalman and the Gentlemen’s toilets respectively. The main building completely lacked any form of canopy, but at least London-bound passengers could shelter within the booking office. Those using the ‘’down’’ side were not so lucky, for this platform was completely exposed to the elements, offering no protection from adverse conditions! Finally, platforms were backed at their rears by timber fencing, and gas lamps were of the standard diamond-shape, upon wrought iron posts.

The track layout is illustrated in the below diagram, but a description of the facilities here is also worth including. The station boasted a prominent brick-built pitched-roof goods shed, which resided on the ‘’up’’ side of the running lines, just east of the main building. The rail connection was indirect, and to gain access to the shed, a reversal manoeuvre into a 120-yard-long headshunt was required. Jutting out of the goods shed’s rear elevation was a small timber office, and immediately adjacent to the former was a cattle dock, accessed by means of the very same headshunt. Unusually, a feature which this station did not possess, but many of its counterparts did, was the humble wagon turntable. This seemed somewhat of a customary feature at SER rural affairs, and a pair would usually flank either side of the passenger foot crossing, which itself would be host to a track connecting the two. Nevertheless, further sidings could be found on the western side of the layout, and these are illustrated in the aforementioned diagram. From the outset, primitive signalling saw that the layout was controlled by means of levers positioned immediately adjacent to each set of points, and double-armed semaphore signal posts were hand-operated. This arrangement was vastly improved upon when the SER hired the contractor ‘’Railway Signal Company’’ in 1893 to re-signal the layout. This included the provision of a ‘’proper’’ signal box at the western end of the ‘’down’’ platform. The signal cabin was built to a standardised design, with a gabled pitched roof, timber upper half, and brick base.

Changes at the site under the SE&CR were notable. Circa 1905, an attractive platform canopy was added to the ‘’up’’ side main building. This comprised the standard SE&CR clover-patterned valance, and was virtually identical in design to the examples which still exist at Maidstone West, on the Medway Valley Line. At long last, the ‘’down’’ platform also received waiting accommodation, in the form of a timber shelter built to the same design as the example which, until recently, resided at nearby Leigh. It was also at this time that a renewal of the platform gas lamps occurred, a slightly altered diamond-shape emerging. Latterly, around the period of the Great War, the timber fencing lining the rear of the platform edges was replaced by metal railings.

Click the above image for a full size version. Drawn by David Glasspool 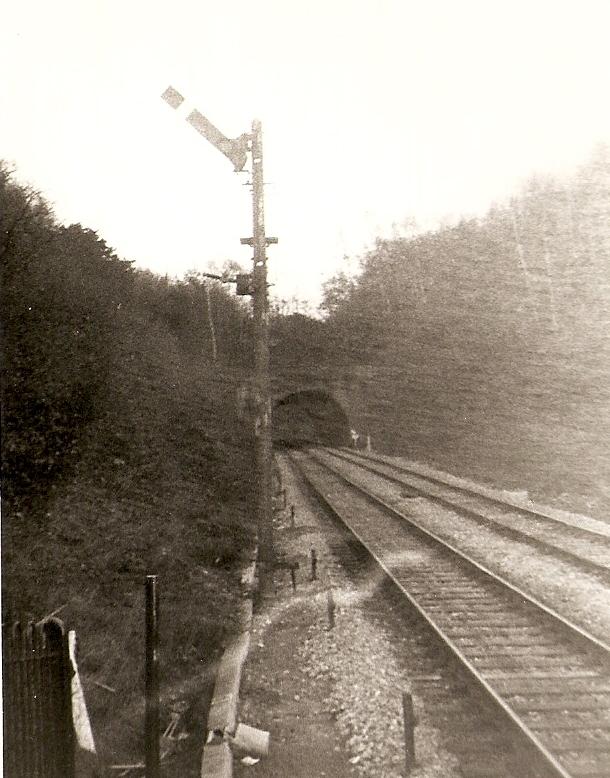 which depict the previous semaphore signalling arrangement, in addition to past motive power. An

eastward view towards Penshurst Tunnel reveals the ''down'' starter signal, which at this time was

situated upon a tall concrete post. This appears to have been the case during both SR and BR eras:

under SE&CR ownership, the ''down'' starter was positioned upon an even taller timber post. The

concrete post seen here was replaced circa 1980 by a much smaller timber example, and Clive

suggests this was due to the flaking and cracking of the former. The replacement post can be

seen in the first photograph from 1983. Clive Standen 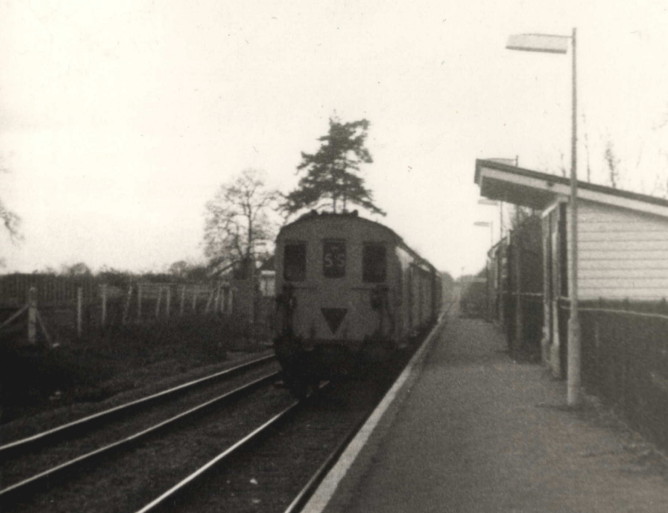 units. Six of these units emerged in 1964, using vehicles from disbanded Class 201 ''Hastings'' and 2 EPB 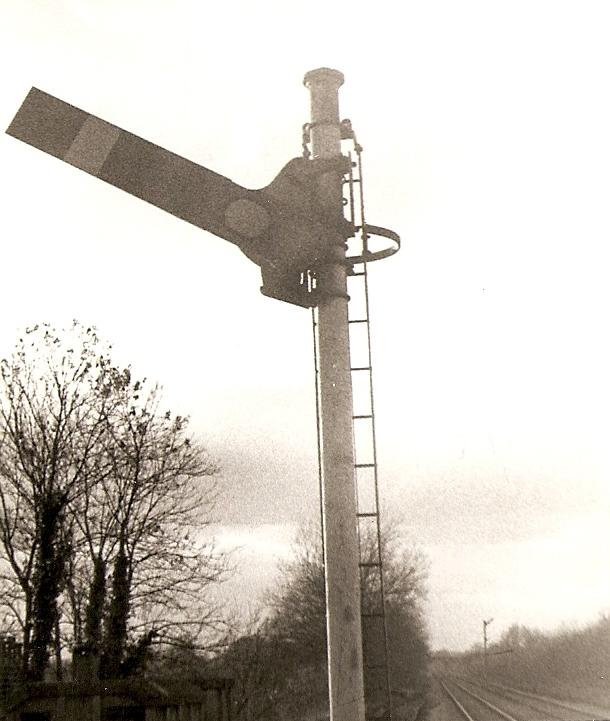 A westward view this time reveals the ''up'' starter, which had been altered to a round post by this

time. Clive notes that previously, a bracket signal was located here, but the reason for its replacement

is unknown. He also suggests that when the opportunity arose to replace signals, the chance was

taken to lower the semaphores to driver eye level. In the background, we see the ''down'' home signal.