By October 2003, the ‘’Strategic Rail Authority’’ (SRA) had formalised proposals for running high-speed commuter services between the capital and Kent, by means of the CTRL. The initial destinations to be served were outlined as follows:

The Port of Dover was at this stage ruled out, since physical restrictions presented by the Gothic bores of Shakespeare Tunnel violated existing safety criteria. The fact that each track of the double line was accommodated in a wholly separate – and slim – bore meant that very little room existed between the tunnel walls and the side of a train. Thus, should a formation break down within the tunnel, passengers could not physically escape via the conventional side doors of the train, because there would be no room to open them out. As far as existing ‘’main line’’ Kent Coast stock was concerned, this problem was eliminated by the presence of end gangway connections. Thus, should a unit become stranded within one of the single bores, passengers could still exit through either end of the train. However, the proposed high-speed domestic stock was to feature streamlined ends. It had been made clear early on in the design process that end gangway connections would not be suitable for the high speed running planned. By October 2004, the stage was set, and on 27th of that month, the Government formally approved high-speed domestic services – by this time, Gravesend and Sittingbourne had been added to the location list, but Dover was still lacking. Twenty-eight 140 MPH six-vehicle units were to be ordered from Japanese firm Hitachi at a cost of £250 million.

During 2006, there was a change of heart on the decision to deny Dover of a high-speed rail service. A solution was devised for the safe operation of the new units through Shakespeare Tunnel, involving converting passageways between the two tunnel bores into ''evacuation points''. On 29th July, Dover was formally included within the high-speed timetable and, as a consequence, a 29th high-speed unit was added to the rolling stock order. £1.1 million had already been spent on Shakespeare Tunnel in April 2004, this having seen the laying of 1,394 yards of continuously welded rail within the bores. 1,941 concrete sleepers were also laid in the process, in addition to 1500 tonnes of ballast. The latest task at the site, to create evacuation passageways, was begun on 25th July 2009 and was scheduled to end on the 30th of the following month. 2006 was an interesting year for the Channel Port, for at this time, the South East England Development Agency (SEEDA) published plans to reconnect the Western Docks to the railway network. Freight traffic was very much the theme of this proposal, and it was suggested that the Western Docks spur could reduce port congestion, providing an alternative mode of transport and taking much pressure off the Eastern Docks. Furthermore, the running of CTRL domestic services through to the cruise terminal (the former Western Docks station) was also seen as having potential. The estimated cost of this scheme was £4.7 million, funding provided partly by the Dover Harbour Board, SEEDA, and a mixture of EU bodies. At the time of the plans, it was hoped that work would be completed by 2011. 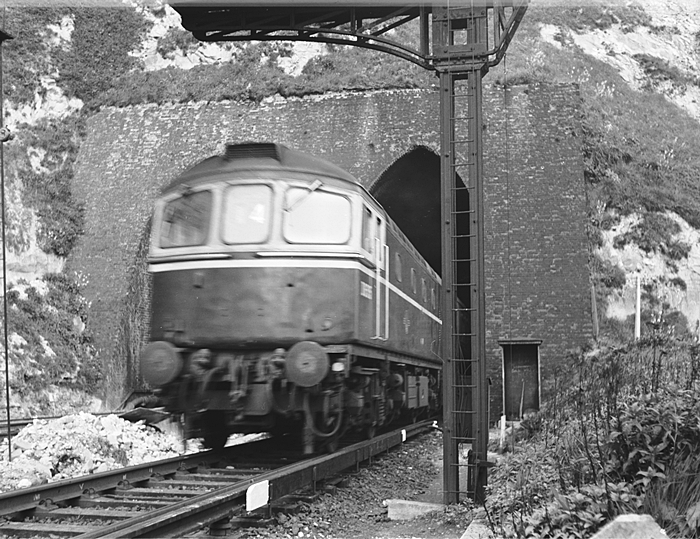 We first start with a bygone view from 1961, showing a Type 3 (Class 33) diesel exiting one of the gothic tunnel

portals with a Charing Cross service. The third rail in the foreground indicates that electrification is imminent. 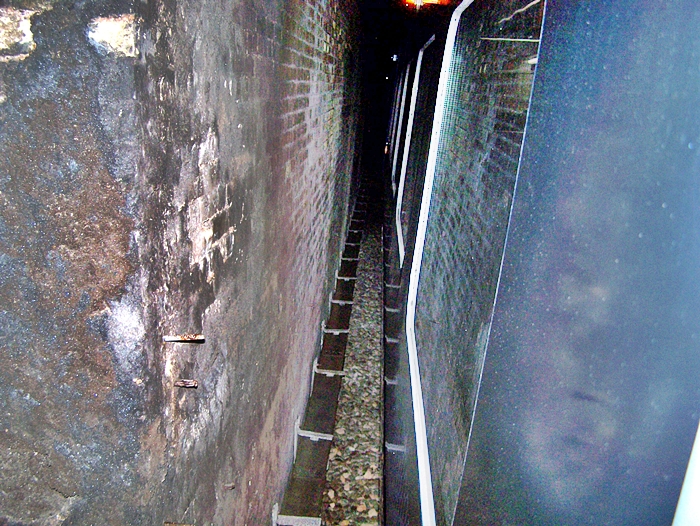 within Shakespeare Tunnel, which will be converted to ''evacuation points''. This sequence of photographs has kindly

been submitted by Paul Cooper-Hayden for inclusion, and the above view shows just how close the walls come to

the side of a passing train. Paul Cooper-Hayden 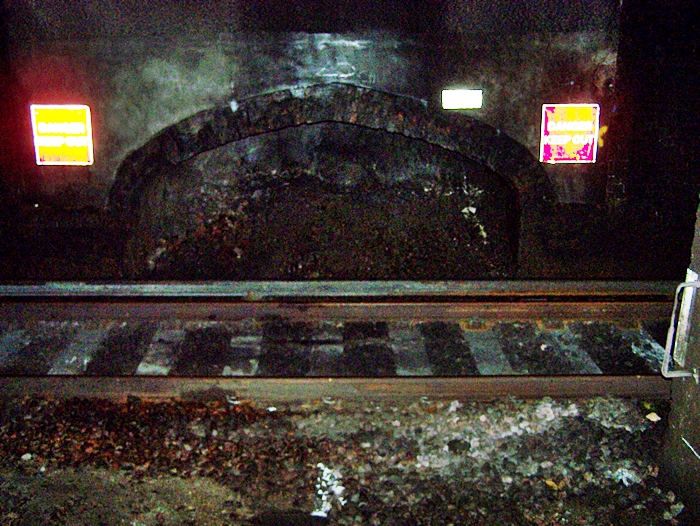 In view is one of the shafts which leads to the sea. In the foreground, the track shows the effects of coastal 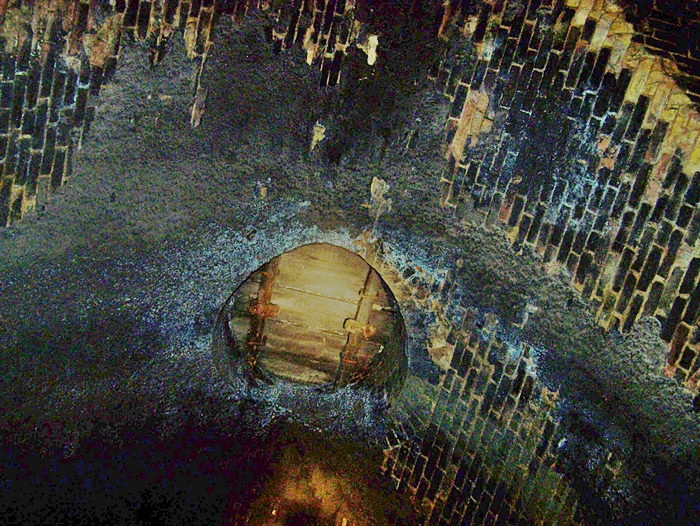 Now turning our attention to the ceiling, we observe a vent shaft and the tunnel's brick lining. Neighbouring

Abbottscliffe and Harbour Tunnels are also undergoing surgery, the pair having their linings reinforced and