Singlewell became a specific part of the original CTRL Bill of 1996 when, on 20th July 1995, the House of Commons Select Committee confirmed that freight loops should be installed at both here and Charing Heath. In November of the same year, it was announced in the Commons that the Government had formally accepted the proposal. The motive behind this was that of making the CTRL as much a freight-carrying railway as it was an international passenger service line. The loops would allow the slower freights to clear the way for the faster express services.

In 2003, London & Continental Railways (L&CR) indicated a requirement for an infrastructure maintenance depot alongside the CTRL. The facility proposed would incorporate:

In total, eight potential sites for the depot were put on the shortlist:

A depot at Church Path Pit was seen as having the advantage of placing maintenance crews in close proximity of Ebbsfleet International, where much of the route’s most complex track work and catenary arrangements could be found. Rolling stock berthing sidings had also been planned for here. However, L&CR preferred the area at Singlewell, on the southern fringes of Gravesend, where a site immediately to the north of the line could feed off the ‘’down’’ freight loop present there. Nevertheless, this area had its complications: firstly, it was on Green Belt land; secondly, the whole of the adjacent A2 trunk road was to be shifted southwards in a major upgrading programme, which would see the road run much closer alongside the CTRL. Part of the Green Belt land in the immediate vicinity was formed by ‘’Singlewell Linear Park’’. This had been created as a result of CTRL building work, and was sandwiched in-between the high speed line and the A2 as a long stretch of undeveloped land. Designated as a public open space, plans suggested that the maintenance depot would eat into this parkland. The full specification for the depot required a total area of 30 acres, the vast majority of which resided immediately north of the line (there were small plots of land south of the line which were also to be acquired).

In September 2005, the Singlewell Depot plans were approved. The Highways Agency had given the green light, indicating that there was no conflict between the site of the proposed depot and the realigned A2 trunk road. It was also suggested that any park land lost by this project could be replaced by a new grassy area on the old site of the A2, after the opening of the realigned road. L&CR enlisted architects Broadway Malyan to advise on the design of the depot’s buildings, and construction work, which began in June 2006, was subcontracted to ''Provian Construction'', a division of the aggregate, concrete and construction firm ''Brett''. The onsite buildings were divided into two main blocks: offices/workshop, and rolling stock maintenance shed. The structures are approximately 300 foot and 135 foot long respectively, and together, operate 24 hours a day, providing 145 full time jobs. The depot has been built to accommodate maintenance vehicles designed for UIC (Union Internationale des Chemins de Fer: International Union of Railways) ‘’B’’ Gauge, which permits vehicle heights of up to 4.13 metres above rail, with a width of 2.5 metres. The depot was deemed complete in April 2007, at a price of £3.2 million. 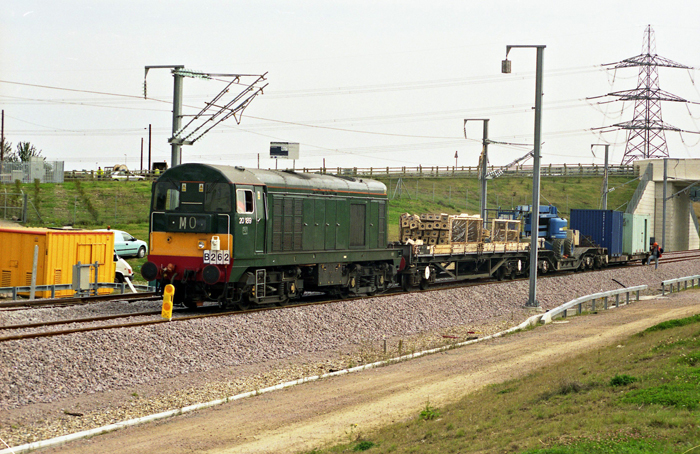 During construction of Phase 1 and 2 of the CTRL, a series of heritage diesels were hired to haul infrastructure trains. Here, Class 20 No. 20189 is seen on the "up" line at Singlewell, prior to a depot being built there, hauling a train carrying components for the overhead catenary. The locomotive was one of six Class 20 diesels hired by "Victa Railfreight" in May 2002 to haul trains in connection with electrification of Phase 1 of the CTRL, their period of use lasting about a year. The bridge in the background is from where the next photograph was taken. © Ian Cuthbertson 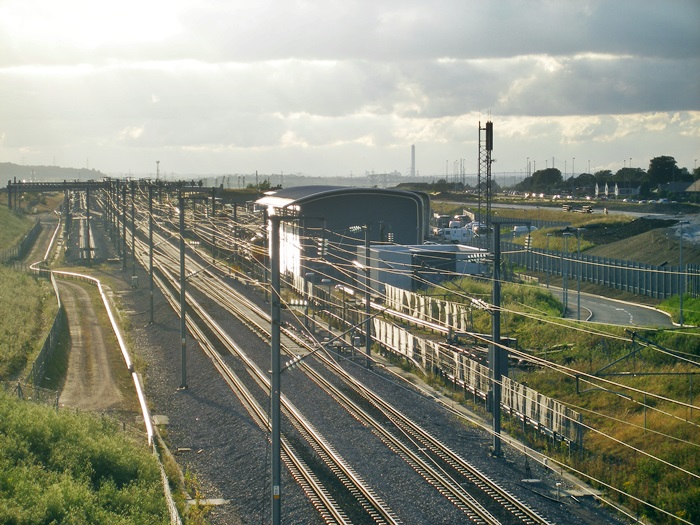 A westward view from Henhurst Road bridge shows the depot area and its associated buildings on the ''down'' side of the line, amongst a multitude of catenary wires. © David Glasspool 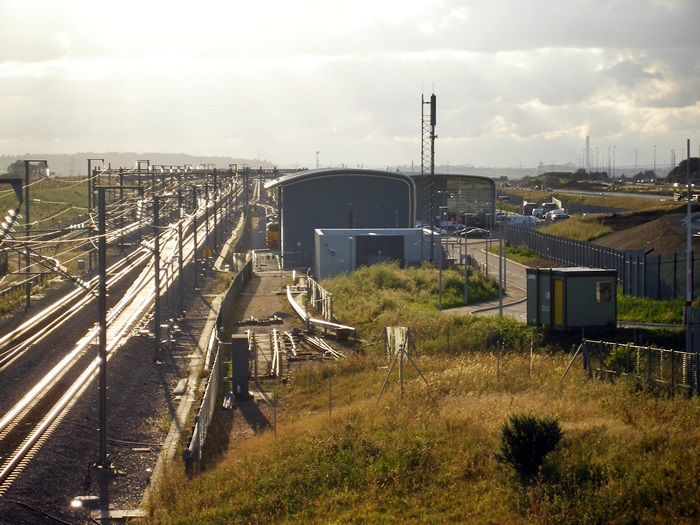 A head-on view of the complex shows, in the foreground, the 135-foot-long rolling stock maintenance shed. A Multiple Purpose Vehicle (MPV) can just be seen emerging from behind this structure. Beyond the building, on the right, is the office accommodation/repair shed, which comes complete with a lifting hoist. The car park alongside this building can accommodate 150 vehicles. Finally, in the foreground, can be seen the permanent way training area. © David Glasspool 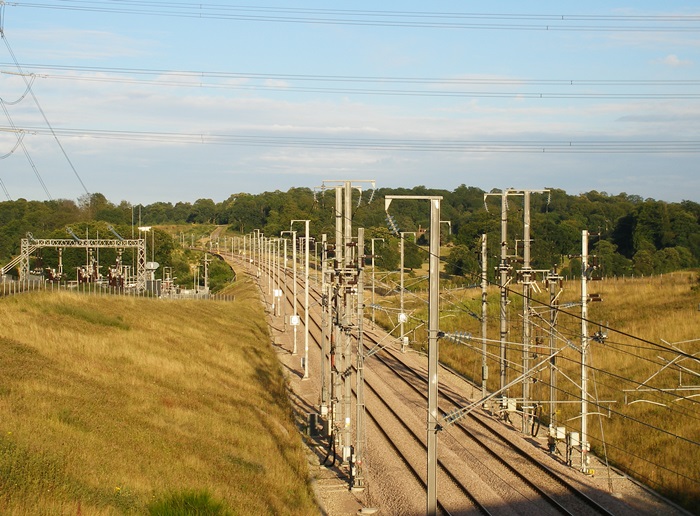 An eastward view shows the line heading towards the Medway Viaduct, which is 6¾-KM (4⅕-miles) distant. © David Glasspool