This series of photographs shows 4-CAP No. 3304 having come to grief at the northern end of Rochester station, in 1985. It appears that unit has over-run the ''down'' loop, putting the leading vehicle in a rather precarious position above the goods yard! The 4-CAP units first emerged in 1982, and were the result of permanently coupling a pair of 2-HAP units into a single formation. The recovery of No. 3304 was begun by the splitting up of the 4-CAP into its component 2-HAP units. 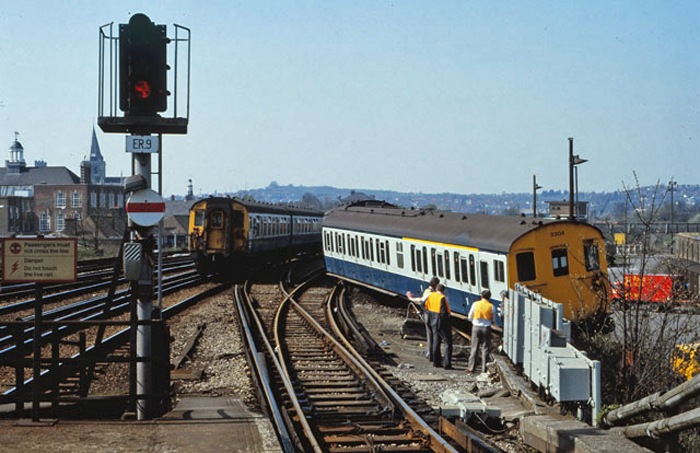 Off the rails! 4 Cep No. 1503 passes stricken 4-CAP No. 3304, at the northern end of Rochester station. The LC&DR goods depot can be seen in the dip below, on the right, and the precarious position of the leading vehicle can be appreciated in the next view. © Chris 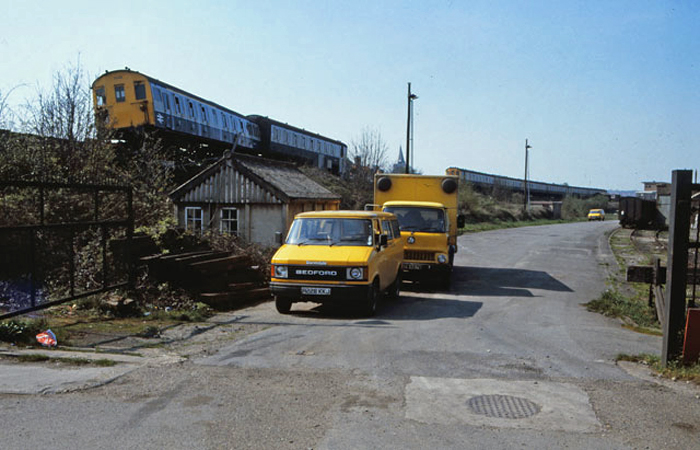 This photograph, taken from the level of the goods depot, better shows the elevated position of the derailed unit. In the background can be seen the the rest of the train formation, which consists of the second 2-HAP unit and another 4-CAP. © Chris 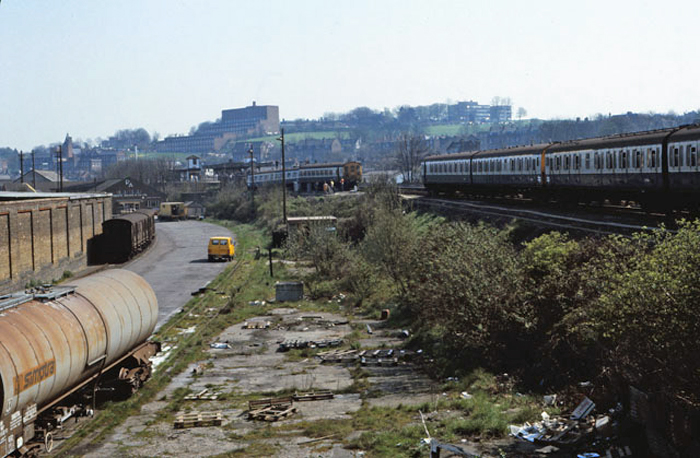 A southward view of the incident includes the corner of the crème brick LC&DR goods shed on the left, with an ex-SR parcels van alongside. This whole site has been redeveloped, although unusually into open grassland, rather than the customary housing. However, this was planned to be just a temporary measure, and the entire area was earmarked to be wholly transformed into a housing estate, creating up to 2000 homes, in addition to offices and shops. © Chris