This is a large, spacious depot, situated alongside the approaches to Bopeep Junction from the Bexhill direction. It formed part of the Hastings line modernisation, which aimed to replace steam-hauled services on the main route via Tunbridge Wells with diesel traction. Whilst the Southern Railway had, in 1946, proposed to electrify the route after conversion of the Kent Coast main lines, these plans were overtaken by nationalisation. Given the restricted tunnel clearances on line, it was deemed more economical – at least in the short term – to build tailor-made narrow-width diesel stock. The entire dieselisation scheme was priced at over £3,500,000 (£68,100,000 at 2010 prices).

Two large sheds, clad with asbestos, were erected on the northern side of the Central Division line, partly upon council-owned land. The western of these measured 85-foot by 440-foot, accommodated four tracks, and became the maintenance building. 320-yards east, the second shed covered five tracks and measured 85-foot by 750-feet. The latter became a carriage inspection shed; it was erected over existing sidings that had been laid by the SR. Both structures were complete by spring 1957 and in May of the following year, an automatic carriage washer was opened. Whilst affiliated with the depot, the washer was erected ⅓-mile to the east, upon a loop sandwiched in-between St Leonards West Marina station and its associated engine shed.

The depot fulfilled its original role for nearly three decades, providing cover for the twenty-three ‘’main line’’ DEMUs, in addition to those which traversed the non-electrified Hastings to Ashford line. On 28th October 1983, electrification and complete re-signalling of the Hastings line via Tunbridge Wells was announced. As part of this, St Leonards Depot would lose most of its diesel allocation, and the tracks of the eastern inspection shed would be electrified. Electric working along the Hastings line commenced on Sunday 27th April 1986 – the diesel timetable ended on 11th of the following month. Coinciding with this was the closure of the 800-foot-long EMU shed at nearby Ore. Staff from this depot, which at this time totalled sixteen drivers and eight guards, were transferred to St Leonards. 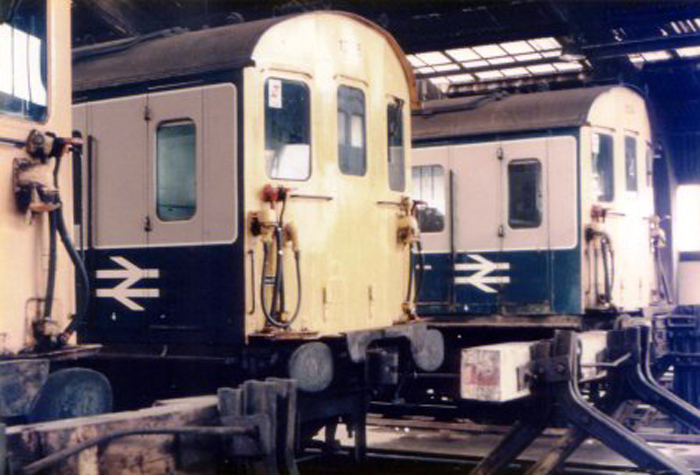 A line-up of ''Hastings'' DEMUs are seen within the carriage inspection shed, which is located at the eastern end of the depot site. General withdrawal of fleet members began in 1985 in the run-up to electrification. © Tony Parker 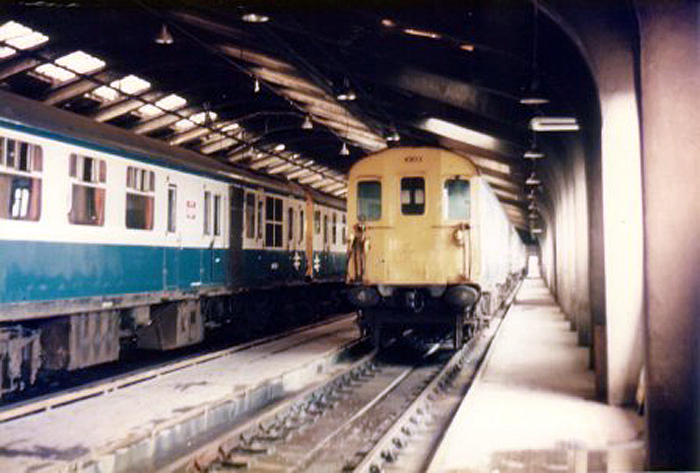 Unit No. 1001 was in the inspection shed on this occasion. All six vehicles of this unit still exist and are now looked after by ''Hastings Diesels Limited''. They join nine other ex-BR carriages under the same ownership, six of which are from ex-Hastings units, the remaining three from 3H, 4-BIG, and 4-CEP units .© Tony Parker

One of the power cars of unit No. 1019 is seen parked outside the heavy maintenance building, complete with an ''unhappy face'' painted on the front. The latter signified the demise of these DEMUs. © Tony Parker