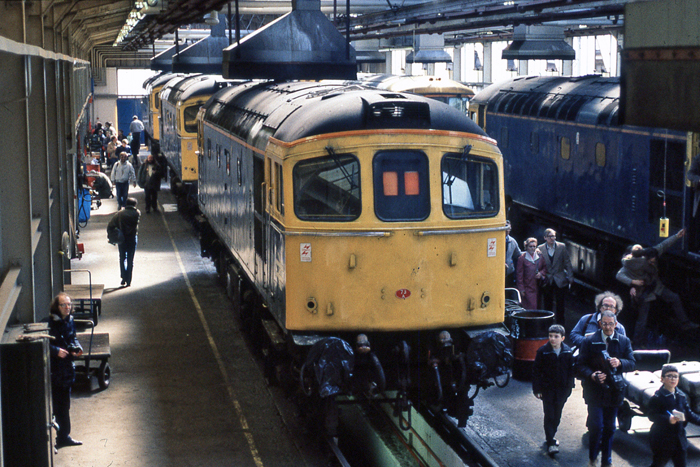 When the steam shed closed in 1963, all tracks were retained, but the building lost its roof to fire in 1967. Over two of the lines at the south western end of the structure, a new roof was installed, allowing the area to be used as a diesel depot. The then new roof was to the same design as that of 1934. In the above view, during the ''Stewarts Lane goes InterCity'' open day, four Class 33s and a Class 73 are in evidence within the diesel depot. Both lines are elevated over inspection pits. © David Glasspool Collection 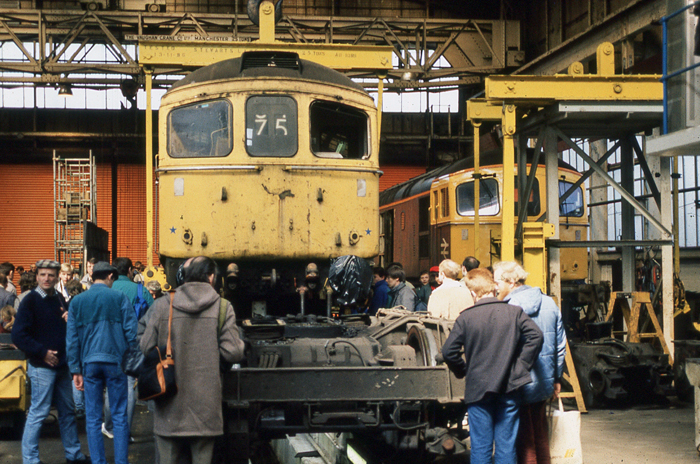 Also seen during the open day were (from left to right) Class 33s Nos. 33045 (which had been withdrawn on 30th October of the previous year) and 33035. © David Glasspool Collection 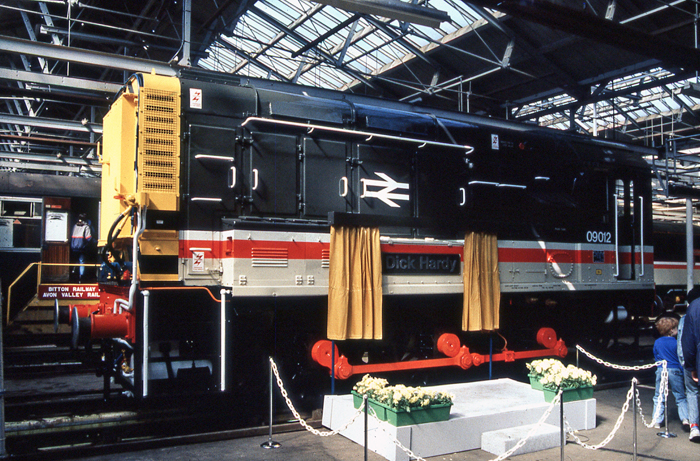 The motive power depot may have gone, but the carriage shed still thrives with activity today. Here, Class 09 diesel shunter No. 09012 is seen within the carriage shed, shortly after being named ''Dick Hardy'', during the InterCity open day. © David Glasspool Collection 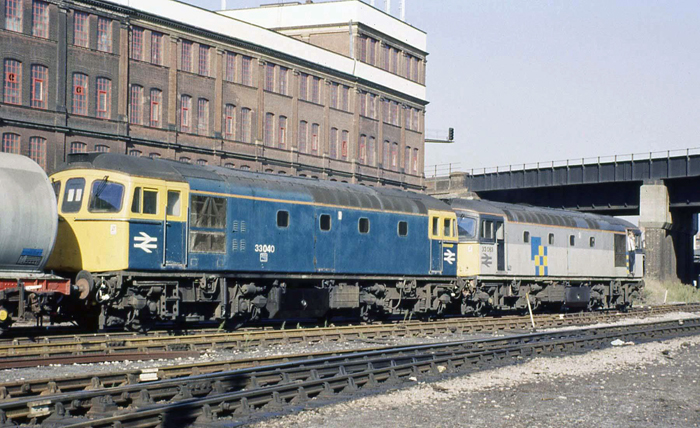 Class 33 Nos. 33040 & 33063 are seen stabled between duties on a siding at the northern edge of the depot. The steel girder bridge carries the "Chatham" Main Line across the depot exit lines, the running lines between Stewarts Lane Junction and Factory Junction, and also the connection from Stewarts Lane Junction to Longhedge Junction, which runs behind the locomotives and in front of the former depository building. © David Morgan