The planning application for upheaval of London Bridge, involving complete reconstruction of the station and its approaches, was submitted to Southwark Council by Network Rail in July 2011. This formed the largest part of the ‘’Thameslink’’ programme, aiming to alleviate an infamous bottleneck to increase capacity on the north-to-south route through Snow Hill Tunnel, which re-opened to passenger traffic in May 1988. Reconstruction of Blackfriars and Farringdon stations was also included, as was the provision of twelve-car services on the Brighton to Bedford route.

Reconstruction works at London Bridge would involve closure of a number of the station’s approach tracks and limit the number of peak-time trains which could proceed through to Charing Cross. To compensate for this reduction, a platform lengthening scheme was devised for those stations on suburban routes serving Cannon Street and Charing Cross termini, to enable twelve-car trains to run. Services of this length would also be perpetuated after completion of the Thameslink programme, to accommodate general year-on-year rises in passenger traffic.

·         North Kent Line via Lewisham and Woolwich Arsenal, and onwards to Gravesend, Strood, and Rochester

Most stations on Bexleyheath and Sidcup lines were already capable of accommodating twelve-car trains, so platform lengthening would be limited to Eltham on the former and Mottingham and Hither Green on the latter. Charing Cross, New Cross and Grove Park were the only sites on the main line stretch to Orpington where some platforms required extension. The Bromley North branch has not been included in this scheme, and all stations along the Hayes line were already capable of serving twelve-vehicle trains.


Sandwiched in-between tunnel portals, it was deemed too expensive to extend platforms at Woolwich Dockyard station. Therefore, twelve-vehicle trains calling here will operate on a selective door opening (SDO) system. At Charing Cross, platforms 1 and 2 could be lengthened, but Nos. 3 to 6 were considered impractical to extend, so these were also planned to operate on the basis of SDO. Initially, Strood's ten-car capacity platforms were also to remain unaltered, but this decision was later reversed and works to lengthen the platforms were scheduled for completion by winter 2015.

Platform works for Gravesend and Rochester stations formed part of larger reconstruction projects at these sites. The layout at the former was to be completely remodelled to permit construction of a third platform face, achieved by the removal of the ''up'' through line, to increase passenger capacity. At Rochester, the existing 1892-opened station was to be closed and replaced by a new-build located on a site to the north of it, closer to the main town centre.

Most of the platform extensions were to be constructed using a mixture of concrete, brick, and breezeblock, although notably, those at Abbey Wood would be timber-built. The latter was in anticipation of the station’s redevelopment in conjunction with ‘’Crossrail’’, involving realignment of the tracks there. 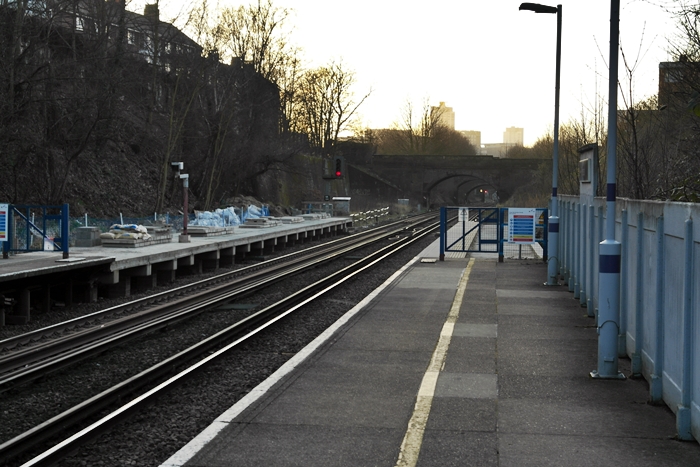 Works to extend the London ends of Plumstead's platforms were well advanced when viewed in March 2013. © David Glasspool 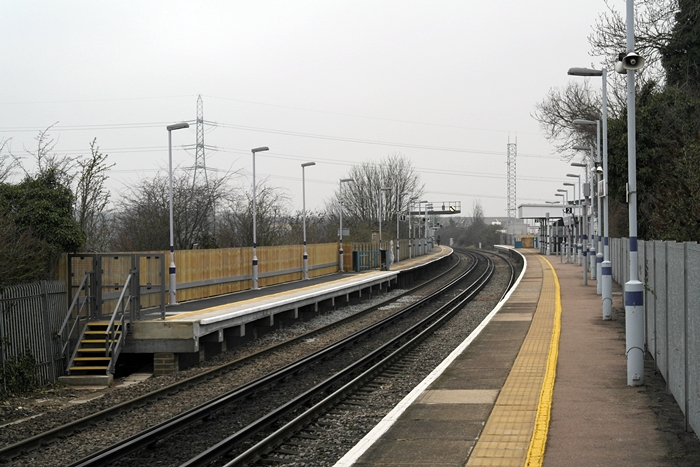 Completed, but not yet open, platform extensions are seen at Northfleet in this London-bound view. Note that sloping platform ends have been replaced by steps. © David Glasspool 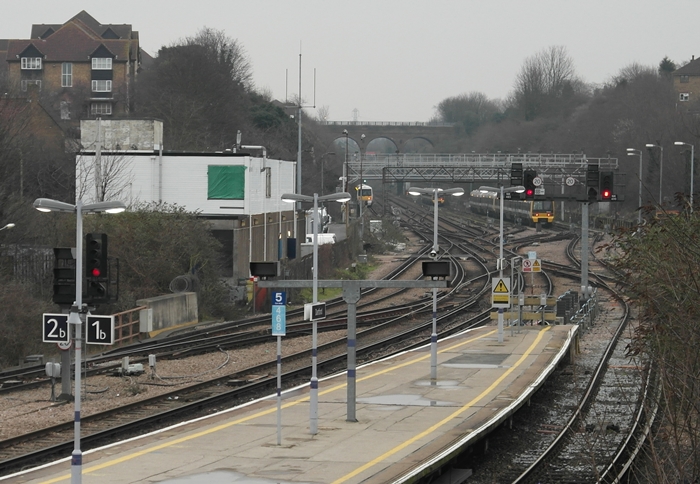 An eastward view at Dartford shows the beginnings of extension work on platforms 1/2. The berthing sidings in the background have the capacity to hold up to 56 vehicles. © David Glasspool