This was once a colossal cement works which, at its peak, stretched from north to south across an area two miles in length. Closed under the "Blue Circle Industries" brand in 1990 as a result of a recession in the construction sector, today there still exists a surprising amount of the former standard gauge internal railway network for the historian to witness. However, your author's recent observations of road alterations in the immediate area, presumably in connection with new housing development, combined with proposals for a huge theme park in the vicinity, may see these remnants soon disappear once and for all.

Swanscombe is a parish of Dartford and sits roughly equidistant between the town centres of the latter and Gravesend, on the southern bank of the Thames. The parish's claim to fame is that it became home to England's first cement factory, this being commissioned as long ago as 1825. It is also believed that Kent's first ever rails were laid here.

In October 1825 builder James Frost, originally from Norwich, leased land at Swanscombe for the construction of a cement works. This was located just north of London Road, on the south western corner of a peninsula which formed a near hairpin meander in the River Thames. This was a chalk-rich area and, by the end of the century, the southern bank of the Thames and, indeed, the Medway Valley, were awash with substantial quarries used in the production of cement. Combined with a bustling paper making industry in the same region, North Kent was once a maze of industrial railway lines, narrow and standard gauge, traces of which are becoming increasingly hard to find.

The precise form the very first railway at Frost’s Swanscombe works took is difficult to ascertain, but it presumably opened soon after the operation commenced in 1825, if not at the same time. The works resided half a mile from the nearest edge of the Thames and the river was virtually the sole route through which consignments were despatched from the works and, indeed, received. That would suggest an early railway link between the works and the Thames, extending over the western portion of the Swancombe Peninsula to a wharf. The earliest lines in the area were narrow gauge and used horse power, which would have been the case at Frost’s works. This was long before the advent of the nearby North Kent Line and, naturally, even further from the concept of making physical links between this and industrial lines. Thus, there was no standardisation in gauges among those cement and paper lines in the area. 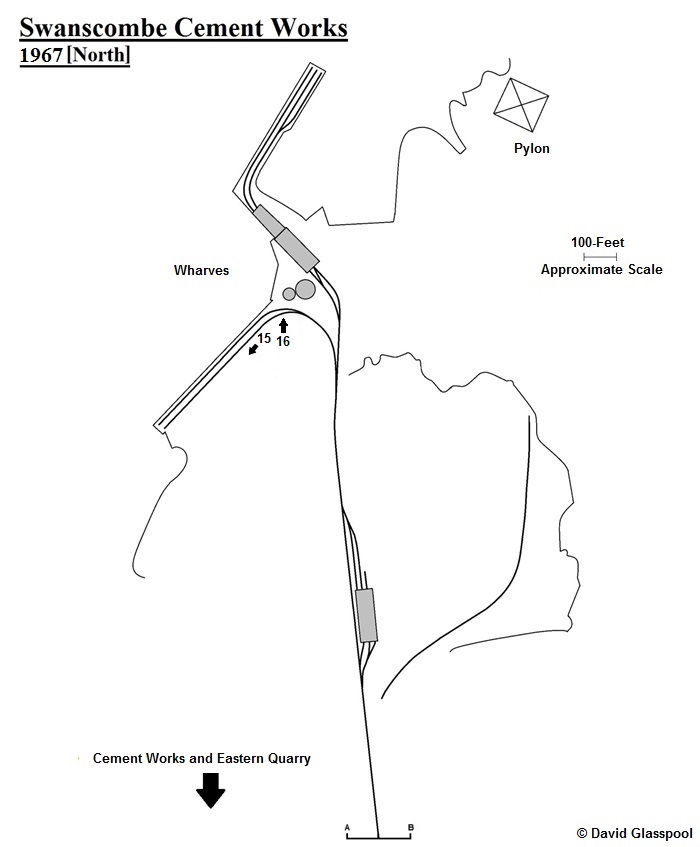 The photographs in this section are numbered so their locations can be identified on the included maps. The track plan of the cement works' second half can be found on the following page. © David Glasspool 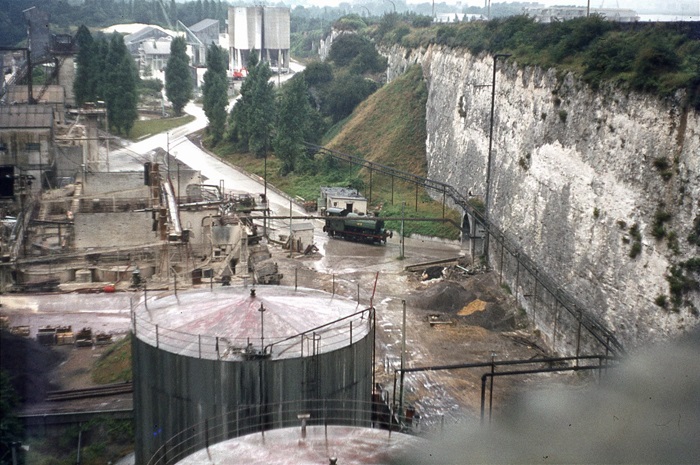 Photograph 1: R. & W. Hawthorn, Leslie & Co saddle tank No. 6 is seen in the exhausted chalk pit on the southern side of London Road. In front of the engine can be seen the entrance to the tunnel which takes the railway through the chalk ridge, linking the pit with the main part of the cement works. © David Glasspool Collection 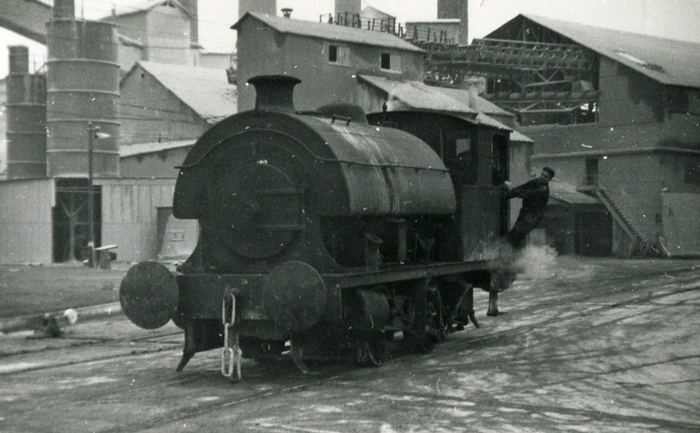 Photograph 2: Complete with over-sized buffers, this is thought to be saddle tank No. 3, amongst the main works complex on the northern side of London Road. © Roger Goodrum