The year 1995 marked the modernisation of the mail by rail operation, as Royal Mail began to take delivery of seventeen new Class 325 four-vehicle electric multiple units. To coincide with this, a dedicated rail-served Royal Mail platform came into use alongside the organisation's huge Tonbridge Sorting Centre, located some ⅔-mile to the east of British Rail's station where, hitherto, such traffic had been handled in the bay platform.

The sorting centre, positioned immediately north of the running lines, is served by an appendix extending from the converging ''down'' slow line. A 700-foot long platform was built alongside the siding, the latter of which was installed in a ''loop'' formation to permit continuous through-running for Dover-bound trains. However, those trains from Dover first had to pass the sorting centre and head to Tonbridge station, where a reversal manoeuvre was performed to access the Royal Mail siding. A 355-foot long V-shaped canopy, some 20 feet wide and clad with corrugated metal, was erected on the sorting centre platform to protect workers from the elements, and adjoined to this structure's eastern end was a 60-foot long roof extending from the sorting centre's southern elevation. The latter had a width of 45 feet, its extent being enough to straddle the loop

In June 2003, it literally appeared to be the end of the line for the platform at Tonbridge Sorting Centre, as Royal Mail announced proposals for a nationwide withdrawal of its mail by rail operation. Reportedly EWS, which at that time held the contract to operate the Class 325 fleet, required payments deemed too great by Royal Mail's logistics team. Cutbacks began in July 2003, with the piecemeal withdrawal of mail services, and March of the following year was indicated as the final month for rail operation: the last traditional Travelling Post Office train ran on Friday 9th January 2004. It was then as soon as the following May that Royal Mail began reconsidering its options, since much of the mail which had been transferred to aircraft had been delayed, due to adverse weather conditions preventing takeoff. Consequently, in May 2005, the reintroduction of the mail train was announced, freight operator GB Railfreight having been awarded a twelve month contract in March to operate the Class 325 fleet. However, such services would not return to Tonbridge, the operating extent of the rail operation this time being confined to the West Coast Main Line. 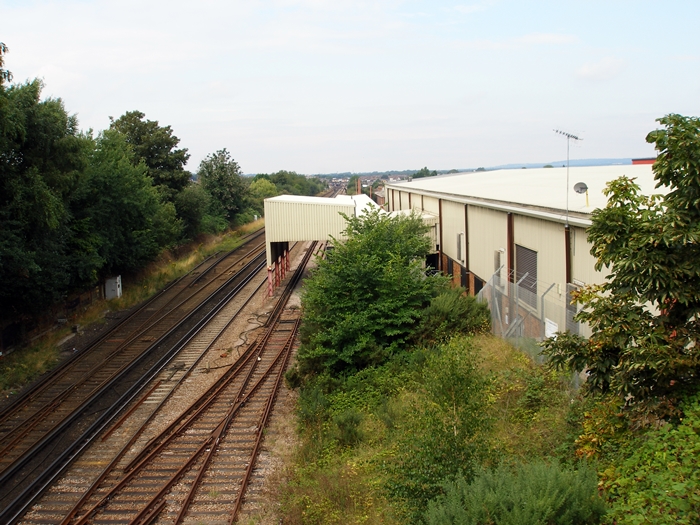 A westward view towards Tonbridge station shows the large sorting centre complex. Nearest the camera, straddling the loop siding, is the canopy section which marks the entrance to the main warehouse. Beyond this can be seen the V-shaped platform canopy. © David Glasspool 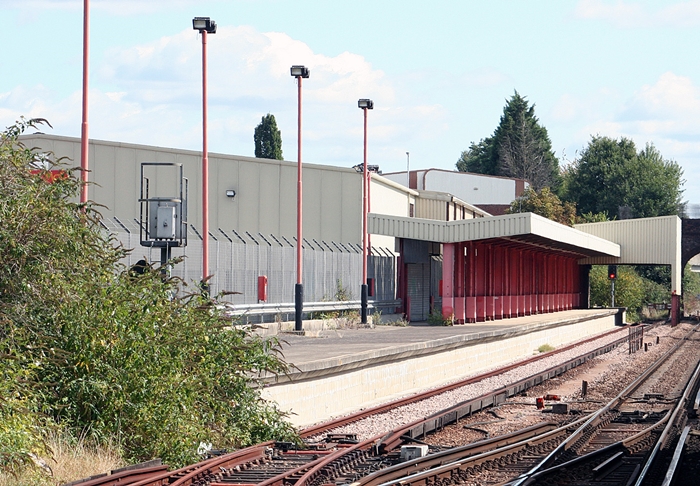 An eastward view of the platform shows rusty rails and faded canopy supports, but the track appears to have been recently re-ballasted. © Edward Clarkson