Engineering work between Swanley and Rochester, which was scheduled to last from 01:30 Saturday 18th October to 06:30 Sunday 19th October 2014, saw Victoria to Ramsgate and Dover Priory services re-routed via Lewisham and Sidcup. These trains were non-stop between Victoria and Strood; at the latter, connections were made with replacement buses which were serving stations at Farningham Road, Longfield, Meopham, Sole Street, and Swanley. 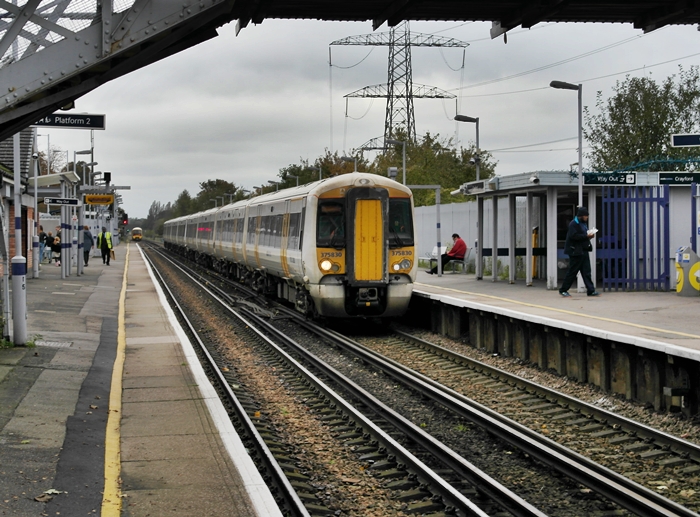 No. 375830 is seen passing through Crayford, forming the front portion of the 10:52 Victoria to Ramsgate service. The first stop was Strood, where connections were to be made with replacement bus services for those stations between Swanley and Rochester. © David Glasspool 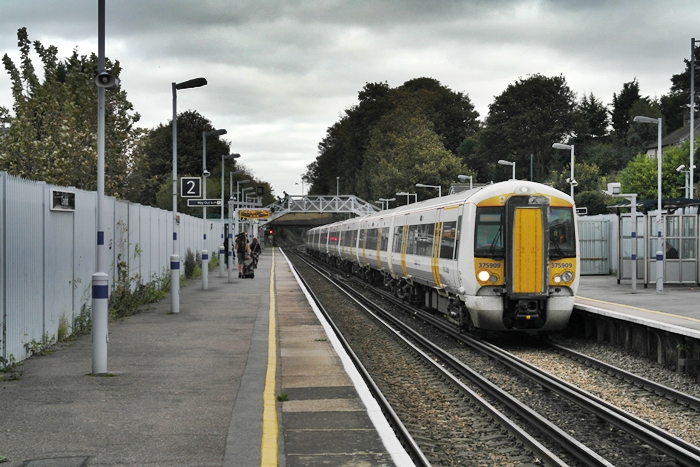 Heading in the opposite direction shortly afterwards was No. 375909, with the 09:51 Ramsgate to Victoria service. © David Glasspool 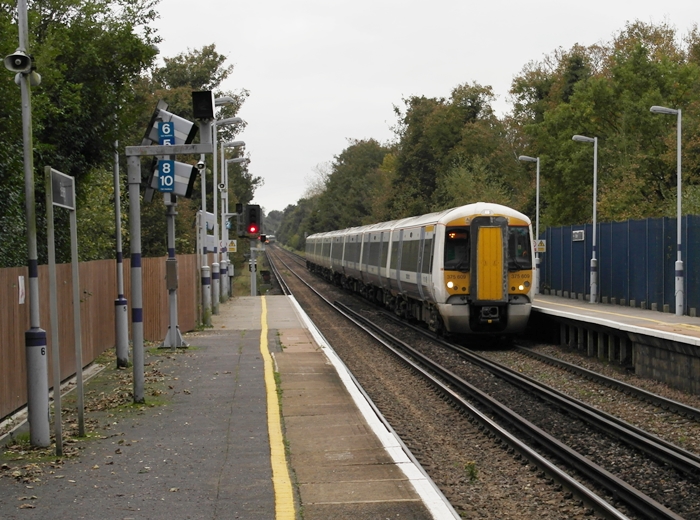 The 10:52 Victoria to Ramsgate service is seen at Bexley, with Nos. 375609 and 375812 forming front and rear portions respectively. Typically, these trains would split at Faversham, with one unit forming a Ramsgate service and the second continuing on to Dover. © David Glasspool