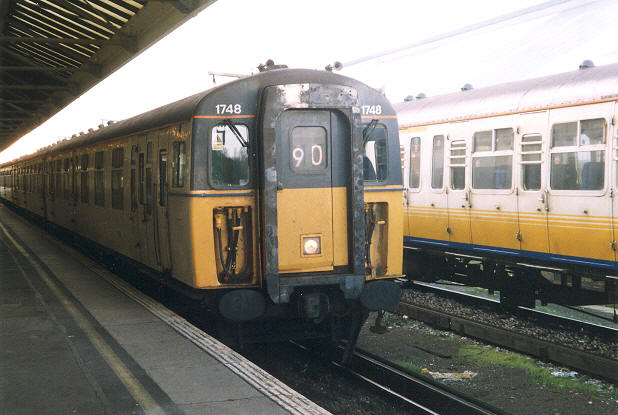 Emerging from the canopy shadows of Ramsgate station, No. 1748 is observed on 8th February

2004 in a plain undercoat livery after the removal of Connex vinyl transfers. The route code of

and Ashford. After its arrival the train was left for a considerable amount of time in platform

4 of a somewhat deserted Ramsgate station, and thoroughly cleaned internally. Unit 1748 was

originally allocated to the Central Division, but was transferred to the Eastern Division in 1998 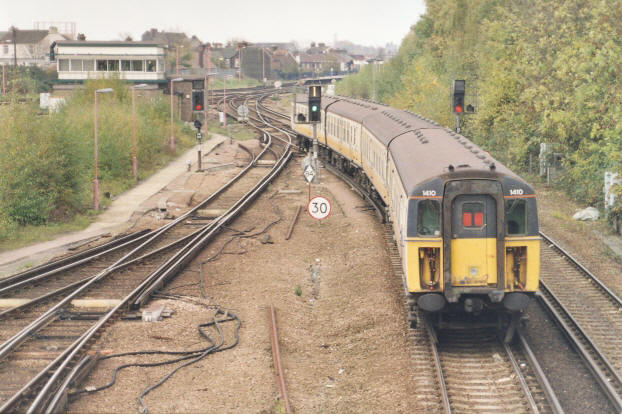 Trundling into Tonbridge from the South Central Division at Redhill is 4 Cig No. 1410, on 6th

November 2004, wearing the first carnation of privatised livery to appear on the Central Division. 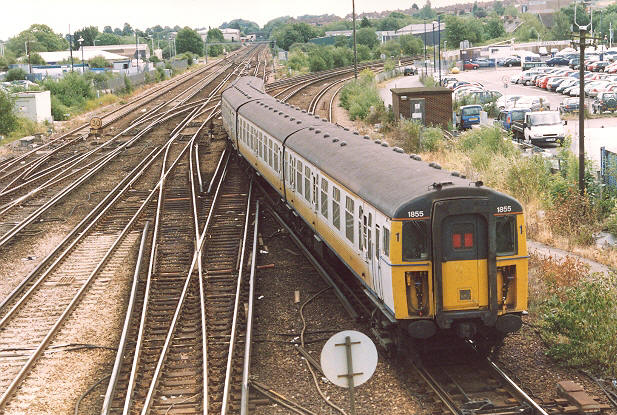 Sevenoaks, and also lies upon the junction of the line to Tunbridge Wells. On 30th June 2004,

4 Cig No. 1855 is seen negotiating the latter as it leaves Tonbridge station for Tunbridge Wells,

where it will most likely terminate. As can be seen, there is detail variation of the livery on

the DTCL vehicle: the majority of the cab frontage retains the yellow warning panel, although

the roof arc area and the top half of the gangway connecting door are treated with black paint.

Interestingly, the figure '1' appears either side of the cab windows to augment the yellow body-side