On 1st January 1933 the London Bridge to Brighton route became the country's first main line to commence electric services along the whole of its length. In 1932 the construction began on a new fleet of electric multiple units, latterly known as ''6 Pul'', to replace steam traction on the route, and these entered service concurrent with the electrification's completion at the beginning of the following year. This function they performed well throughout the Southern Railway's existence and early British Railways days, but come the late 1950s, the stock was reaching its life expiration. As part of the 1955 Modernisation Plan, approved in 1956, a programme of designing new EMUs initiated to replace types introduced by the erstwhile Southern Railway for their electrification projects. As a follow on from the 4 Cep unit production for the Kent Coast Electrification scheme from 1956 onwards, the British Transport Commission placed an order with British Rail Engineering Limited for the construction of fifty-five new-generation EMUs. Like their 4 Cep sisters, this new breed would be based on the successful BR Mk 1 locomotive-hauled carriage design, but would instead be built at York Carriage Works rather than Eastleigh.

Introduction of the first batch occurred during 1964 and 1965, all units going to the South Central Division, marking the rapid decline of 1933-introduced 6 Pul units on the route. Again, like their 4 Cep sisters, the then new BR Mk 1 stock came in two distinct forms - with or without a buffet vehicle. Thirty-six units of the fifty-five strong batch were designated ''4 Cig'', the customary acronym system of the Southern Region: 4 = number of vehicles; C = Corridor; IG = Intermediate Guard. The acronym was, indeed, ambiguous, with the ''IG'' portion coincidently being the the former telegraphic code of the London Brighton & South Coast Railway. The remaining nineteen units produced became ''4 Big'', with a Trailer Buffet Second inserted within the formation in place of a Trailer Second Open vehicle. The whole fleet was in service by the end of 1965, although the 6 Pul units soldiered on along the Brighton Line until April 1966.

The second phase of removing pre-nationalisation Southern EMU stock began to occur in 1970 with the delivery of a second batch of 4 Cig / 4 Big units for use on direct services to Portsmouth. Hitherto, they had been worked by Maunsell-designed 4-Cor corridor EMUs, which had been the staple diet on the line since its electrification with 750 Volt D.C. third rail in 1937. 4 Cors were subsequently relegated to secondary stopping services on the South Central Division, although examples still remained on services between Waterloo and Reading. The final blow to the 4 Cors struck in 1971 when the third and last batch of 4 Cig / 4 Big units, again produced by York Carriage Works, were delivered, replacing the remaining ''Nelsons'' on all services within the South Central Division and on Waterloo to Reading diagrams. Minor differences between early and later batches did exist, but all 4 Cigs / 4 Bigs were fitted with buck-eye couplings, allowing them to work in multiple with each other or any post-1951 EMU stock with electric pneumatic braking. The Mk 1 EMUs became some of the last classes of traction to be built with a window arrangement matching the layout of the seats (seating areas not being blocked by a window pillar) - this practice was perpetuated throughout BR locomotive-hauled rolling stock until the introduction of the BR Mk 3 in 1976, the latter of which only had matching window seats in 1st class.

Mention should also be made of the 8 Mig and 8 Dig EMU formations. ''Mig'' was the acronym for ''Miniature buffet Intermediate Guard'': these units were temporary formations made by the London & SouthEast sector in 1983, which involved the permanent coupling of one 4 Cig unit and one 3 Cig unit (a former 4 Big with the buffet trailer removed), with a locomotive-hauled Restaurant Miniature Buffet Mk 1 coach sandwiched in-between. The purpose of these formations was to cover for the absence of buffet cars from 4 Bigs whilst they were overhauled. On 4 Cig / 4 Big units, the Driving Trailer Composites are equipped with third rail collecting shoes and the electricity is subsequently transferred via a traction cable, running through all vehicles, to reach the motor coach. However, the locomotive-hauled Mk 1 buffet being employed was not fitted with an electrical transfer cable, thus if it simply replaced the Trailer Buffet Guard of the 4 Big formation, it would cut-off one of the Driving Trailer Composites from supplying the motor coach. Thus, the solution devised was to reduce the standard 4 Big formation to a 3 Cig (i.e. Trailer Buffet Guard removed) and as aforementioned within this paragraph, place the buffet in-between the two separate units, therefore not allowing it not foul up the electrical connections. The 8 Dig EMU formation was made by Network SouthEast in 1993 for the then new ''Capital Coast Express'' service between Victoria and Brighton and Bognor Regis. An 8 Dig (Dig = Double Corridor Intermediate Guard) was less complex in its constitution than the earlier 8 Migs: the former was basically a 4 Cig and 4 Big permanently coupled together. The 8 Digs continued to operate on the Capital Coast Express service until the last weekend in January 1997 - on Monday 27th January 1997, Connex introduced a replacement service called the ''Connex Express'', the latter of which was formed by Class 319/2 units cascaded from Thameslink duties in pre-privatisation days.

Now moving onto the type's dealings with the South Eastern Division. On 8th July 1991, Nos. 1806 to 1813 and Nos. 1839 to 1843 were transferred by Network SouthEast from Brighton Depot on the Central Division, to Ramsgate. This was followed on 29th September of the same year by unit Nos. 1806 and 1807. The final arrivals came in 1993, although this time from Eastleigh on the South Western: Nos. 1870 to 1873 and No. 1876 arrived at Ramsgate on 14th May, followed by Nos. 1877 to 1879 on 7th September. The Cigs soon became dedicated to Charing Cross to Hastings workings, where they replaced 4 Veps which had recently encroached on the route, but after privatisation the class began being used on a greater variety of workings on the ''Chatham'' line and the main route via Tonbridge and Ashford. 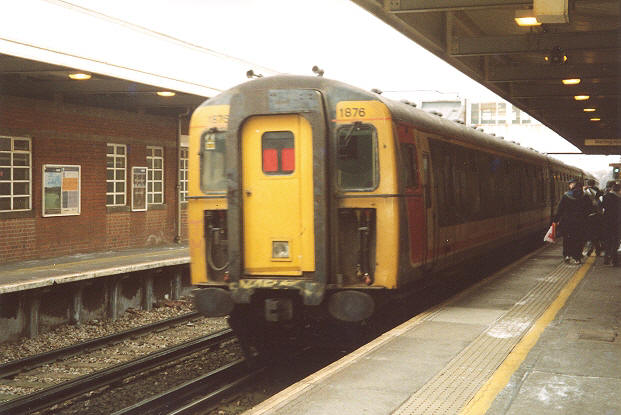 and was allocated to Ramsgate thereafter. Although originally confined to the Hastings route, the

type featured on at least one Charing Cross to Ramsgate via Tonbridge diagram each day, allowing

units to receive maintenance at the home of the Kent Coast electrics. David Glasspool 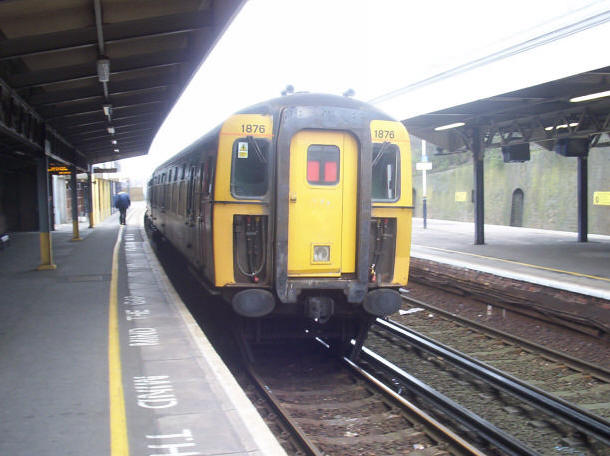 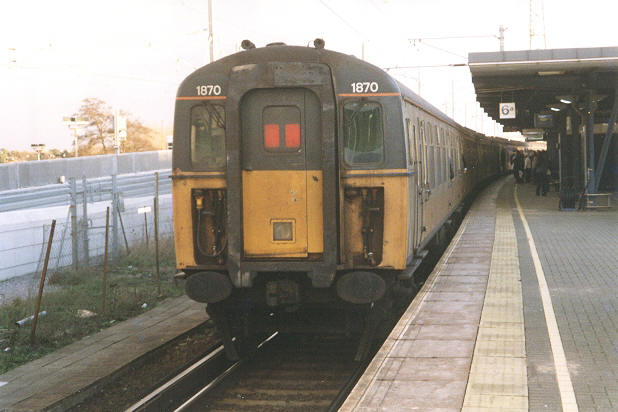 another which was originally based on the South Western Division, being allocated to Eastleigh.