In the early 1970s British Rail envisaged a large increase in coal usage in response to the events in the Middle East between 1972 and 1973 - predictions indicated that oil prices were to rocket for Western nations. Thus, it was decreed that there would be a need for a greater number of freight workings to cope with the forecasted heavier traffic loads. Hitherto, merry-go-round coal workings from power stations had usually been powered by double-heading Class 20s, with Class 47s also undertaking some of these duties, but BR realised that their locomotive fleet was neither large enough nor suitable enough to cope with the increase in freight traffic. Rather than undertaking extensive refurbishments on existing classes, the BR Board came to the conclusion that the best way to tackle the coal issue was with the building of a brand new fleet of diesel locomotives, designed specifically for merry-go-round power station workings.

BR created an order totalling sixty new diesel locomotives (latterly ''Class 56'' under TOPS) with Brush Traction, the company of which were able to offer a quick solution based on the body shell of the Class 47. Internally the locomotive would, in short, just receive an up-rated engine and an alternator in place of a DC generator. Lack of capacity at Loughborough called for half of the order to be assembled by Brush's subsidiary company, ''Electroputere'' in Romania, by means of shipping components out to the country. Whilst this course of action had the advantage of building locomotives in a shorter space of time, the results were not particularly good, with severe deficiencies in manufacturing standards, compounded by damage caused to locomotives during transit to Britain. British Rail received the first of the Romanian builds on 4th August 1976, but their delay into service was considerable in light of the remedial work required, and the first was not commissioned until 25th February 1977, concurrent with those domestic-built examples. The poor standard of the the imported builds had prompted BR to construct a further fifty-five of the type in 1976, this contract being awarded to British Rail Engineering Limited (BREL) at Doncaster. A follow-on order for another twenty Class 56s was then made with BREL, although this work was transferred for completion at Crewe - the Class 58 project was now occupying construction space at Doncaster.

The class began appearing on the South Eastern Division during the early 1980s on those workings which they were designed for: coal. These loads were destined for the 1970-opened Northfleet Cement Works sidings, usually on runs from Toton in Nottinghamshire. The locomotives were commonly stabled at Hither Green and Stewarts Lane, but no official allocation for the type at these locations was initially given. During the late 1980s, their work in Kent was wider-ranging, with a number of the type being diagrammed for the aggregate flows to and from Allington in Maidstone, and this was followed by further significance when a batch of eight of the class were given Hither Green allocation in October 1990, as a temporary replacement for re-deployed Class 60 locomotives coming into service. Thus, these locomotives were diagrammed for TrainLoad Construction Sector diagrams, notably the Cliffe to Purley and also, between 1991 and 1993, worked alongside the native Class 33s during the excavation of Chatham Dockyard. This involved removing 600,000 tons of contaminated soil to allow redevelopment work to commence on St Mary's Island. By mid-1991, the Class 60s originally destined for the South Eastern Division were again available and subsequently, the Class 56s were redeployed to the Midlands. However, those Class 56s on the aforementioned Chatham Dockyard workings remained and a small number were still lingering at the depot after privatisation, having previously been absorbed into the fleet of shadow franchise ''TransRail''. These were soon to be found on the front of trains to and from Sheerness Steel, working alongside their Class 58 counterparts.

In March 2006, it became clear that a new Class 56 working was to come on the scene, the rails of the South Eastern Division being involved. ''Jarvis'', better known as a permanent way contractor, formed a freight subsidiary called ''Fastline'', which was to operate a container service between Doncaster and Thamesport. This involved the purchase of two withdrawn EWS locomotives - Nos. 56045 and 56124 - with the view to acquiring a third. These were to become Nos. 56301 and 56302 respectively, and would require a comprehensive overhaul to return to operational status. The first service commenced on Monday 8th May 2006, leaving Grain at 00:05 with a scheduled arrival time at Doncaster of 08:07. This was originally a Monday to Saturday service, with an outward and a return working each day, but from the outset traffic was decidedly light, many times just one container being in evidence. Thus, the service was soon cut back to just Monday, Wednesday, Friday and Saturday, but the latter day still looks uncertain as to whether it will continue. 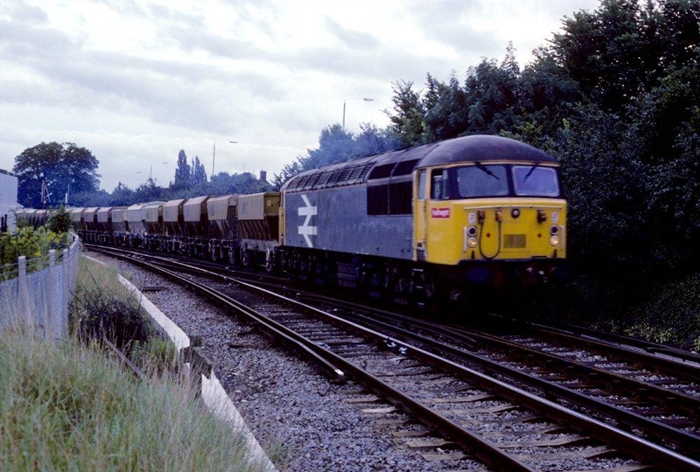 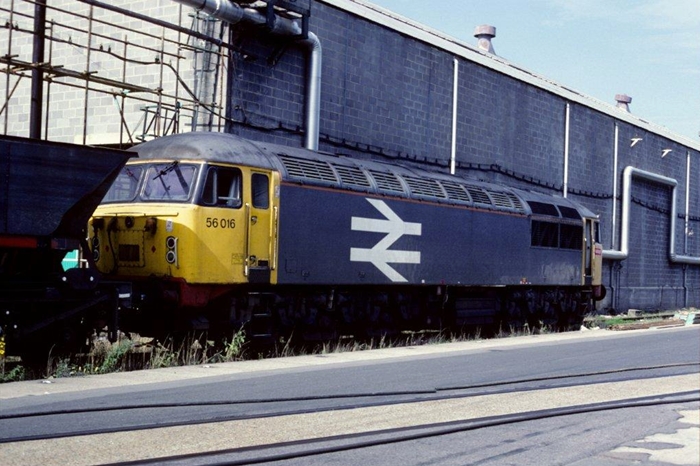 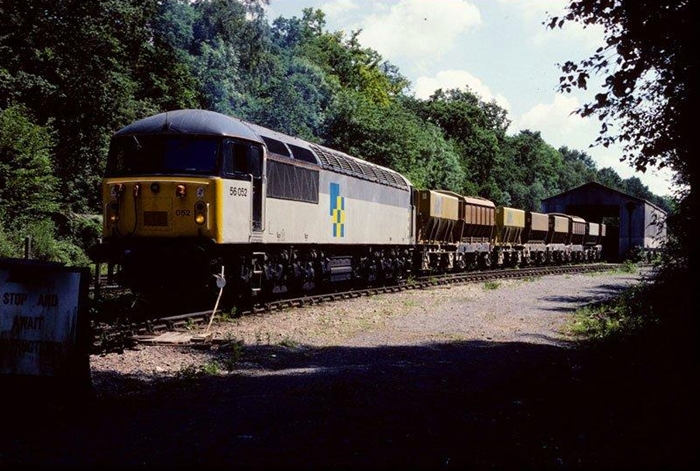 This working was route via the North Kent Line and the first port of call will be Hither Green, for a crew