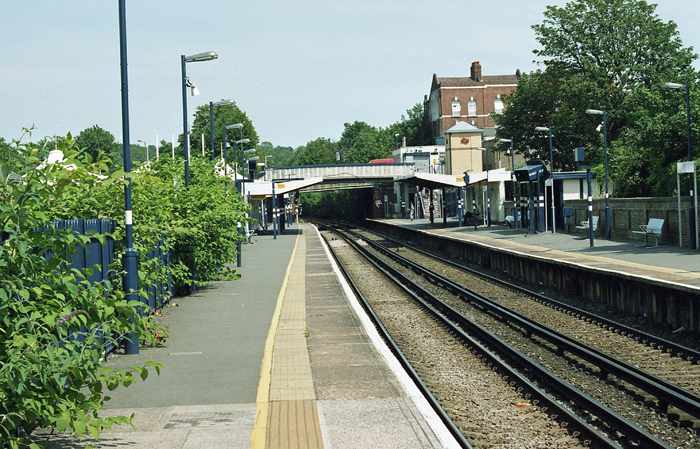 An eastward view of the station reveals structures of a mixed origin. Prominent on the right is the cream brick lift tower of 1999, whilst behind this is the CLASP building of 1968. The upward-slanting platform canopies are of 1957 origin, whilst the footbridge behind them, and the waiting shelter in the middle distance, on the right, are from 1968. On the left, in the background, can just be seen the top of the "tent" cover. © David Glasspool 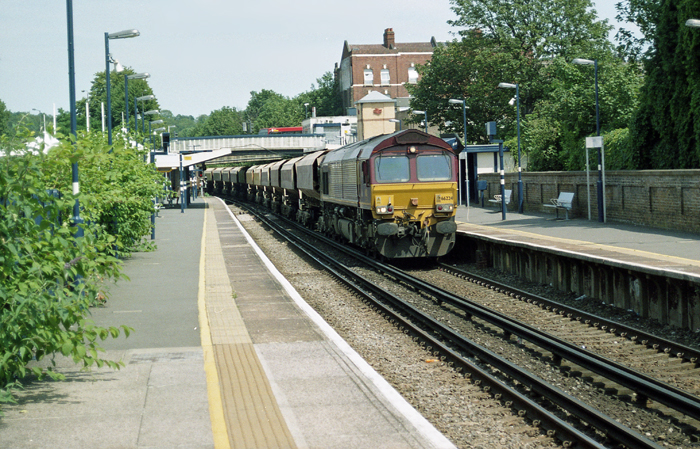 Class 66 No. 66224 broke the boredom when it appeared with the 11:50 Paddington to Angerstein Wharf empty hopper working. It paused beside the platform for a few minutes, awaiting a clear signal. The brick wall lining the rear of the "up" platform (right) is the same as that which was seen in the photograph from 1955. © David Glasspool 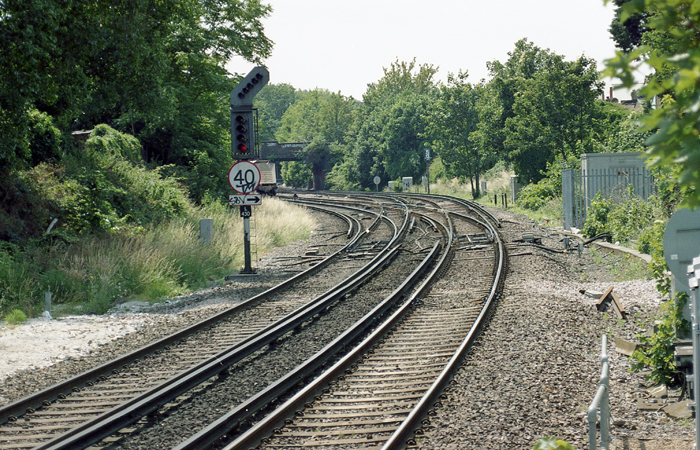 A westward view shows the double-track splitting into four lines and the junction signal, the latter of which caused the train in the previous picture to pause. The double-track to Lewisham diverges to the left, whilst that to Greenwich is on the right. © David Glasspool