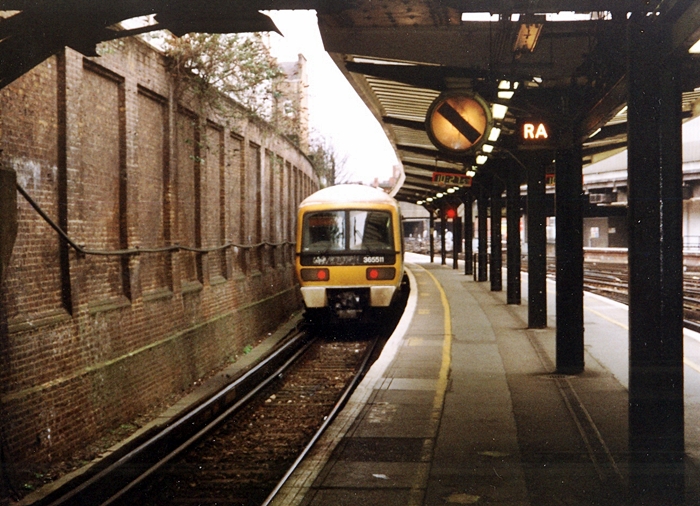 No. 365511 is seen departing Victoria, Faversham-bound, trailing behind a second Class 365 unit. After transfer to the former Eastern Region in 2004, the unit was fitted with a completely re-designed cab front. © David Glasspool 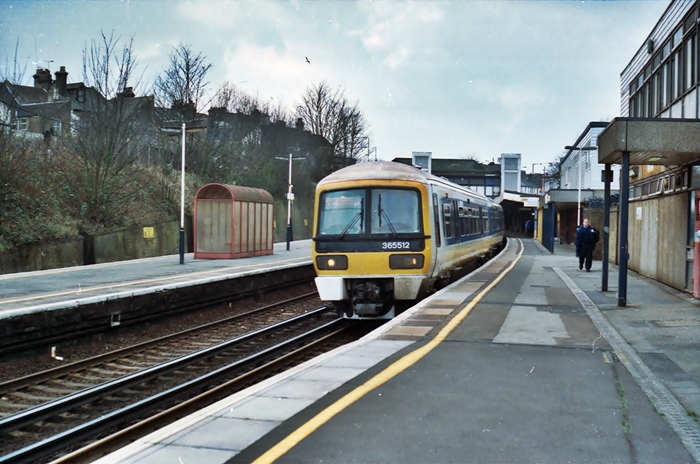 The location is Gillingham in Kent and the unit is No. 365512, seen bringing in a service for Faversham. The lease period for these units was at an end, and some members had already transferred to the Eastern Region by the time this picture was taken. © David Glasspool 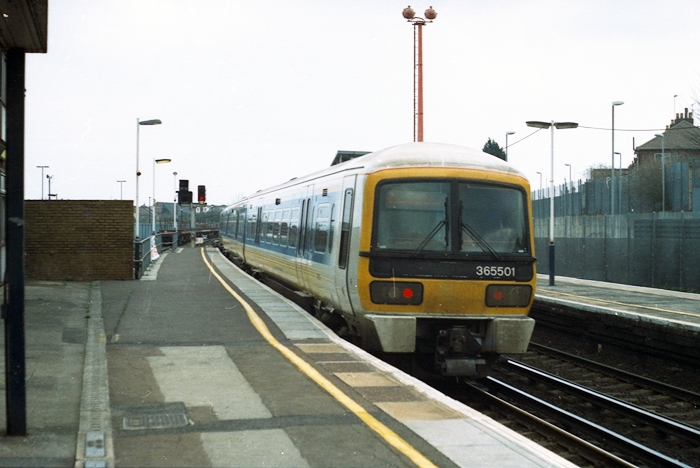 First of the class, No. 365501, was seen on the rear of the train in the previous picture, constituting the rest of an eight car train. The yellow lower half of the carriage bodies is vinyl, but the blue which surrounds the windows is thought to be the existing Network SouthEast livery. © David Glasspool