In response to the construction of the Merseyrail underground network in the mid-1970s, a procurement of new rolling stock began on the Wirral Lines. Eventually to become ''Class 508'', the four-car units incorporated a third rail pick-up shoe for operating off of 750 Volts DC (usually associated with the Southern Region) on Merseyrail , and were built to a tight profile for tunnel clearances. Although the then new underground system came into use on 30th April 1977, the units were at first dispatched from BREL York in 1979 to the SR's South Western Division. Here they were intended to fill a temporary stock-gap as a result of the delayed Class 455 sliding-door suburban unit production. The Wirral Lines were able to make use of existing EMUs for the time being, these running a much less intensive service than that on the Southern. The first Class 455s began arriving on Waterloo suburban services in 1983, these having been built as three-vehicle formations. They were originally specified to include a fourth vehicle, but it was instead decided to extract one trailer from each Class 508 unit before they were moved to the Wirral Lines, thus reducing the latter sets to three vehicles long . Of course the question is, why build Class 508s with a fourth vehicle in the first place? It had been mooted that new units for the Merseyrail network could come in the forms of both two and four-vehicle formations, but this concept was then abandoned due to concern over diagrams being either long or short-formed. The last Class 508 units were transferred northwards in 1984 in their revised form; although they were powered by third rail, the type had nothing in common with other SR multiple units.

By 1995 a number of Wirral Line Class 508s had been put into storage as surplus, concurrent with six car diagrams being reduced to three cars, although also partly due to the fact that more units than required were produced in the first place for intensive SR working. It is here that their South Eastern Division interest begins. Privatised train operator ''Connex South Eastern'' began taking an interest in leasing the units as part of their endeavour to phase out slam-door stock on those suburban runs not covered by the ''Networkers'' of the early 1990s. In January 1998, twelve Class 508s had been taken out of storage and, once again, delivered to the South Western Division, instead this time to Wessex Traincare at Eastleigh for a general refurbishment. Although these units would be somewhat inexpensive to have on lease, their reliability on the Merseyrail network had been nothing spectacular, allegedly at times having an availability rate as low as 65%. The first examples arrived at Gillingham (Kent) Depot in March 1998 and the refurbishment had not brought the most desirable options to the units; those would have been high-backed seats and a toilet. The internal and external colour schemes were naturally changed, however. Completion of driver training saw units deployed for the first time on 3rd August 1998 as they began replacing 4 Ceps (a number of which were now becoming 3 Ceps) on both shorter shuttle-run diagrams and longer distance workings, causing some concern among the commuters.

Workings as they stood:

A further Class 508 shuttle working was temporarily added to the schedule, that between Strood and Gillingham during the Strood Tunnel blockade from 17th January 2004 onwards, lasting for twelve months. The class' somewhat immediate unpopularity with Kent commuters seemed well founded. Their comfort and ride quality was a decided step down from the Cep formations they replaced, added to the fact that they had never been the cleanest of units, plying routes subject to considerable vandalism. However, in 2005 the class began to have reviving fortunes as an effort to make them look presentable began in earnest. The first of these examples, refurbished by interim operator ''South Eastern Trains'', appeared in service on 24th May of that year and externally at least, there had been a noticeable improvement. The contemporary black, white and yellow livery found on Electrostars was applied to No. 508208, it now conforming with the more modern stock, but it was the same old story inside. Low backed seats were still in evidence, as were signs of vandalism, and with no other members of the fleet receiving any refurbishment, the class retained a low popularity rating.

With the arrival of Class 376 units on inner suburban workings, a stock cascade of the ''Networker'' fleet could begin. A batch of thirty-four refurbished Class 465 units (Class 465/9) were destined for stopping ''main line'' workings, whilst the Class 466 fleet could be freed up to take over from Class 508 units on a number of shuttle workings, notably on the Sheerness-on-Sea and Medway Valley lines. With the commencement of the new ''Southeastern'' franchise on 1st April 2006, the decline of the Class 508 units seemed imminent. In that month, it was announced that a quarter of the Gillingham-based fleet would be withdrawn by the end of the year, and 2007 would see the removal of the remaining nine sets from service. The company behind the new franchise, ''GoVia'', also ran the adjacent ''Southern Railway'' franchise, and it was the latter operation which had in its possession fifteen surplus Class 377 three-vehicle units. Thus, it was initially decided that these would be drafted in to fully replace the Class 508 units and to bolster the existing ''Electrostar'' fleet; like their Class 375 sisters, they would receive Ramsgate allocation. However, by August 2006 there had been a change of heart; it was decided to maintain an allocation of Class 508 sets, but cut the original fleet size of twelve units down to six. Of those units which were retained, an overhaul programme would be undertaken. This began on 1st June 2007 with the dispatch of No. 508205 from Gillingham to Wabtec at Doncaster, the same works having been responsible for the 465/9 units. The unit was sandwiched in-between a pair of BR Mk 1 barrier vehicles, and Class 67 No. 67016 hauled the formation throughout the journey. It was intended to have four of the refurbished units available at any one time, with two being kept back as spare. 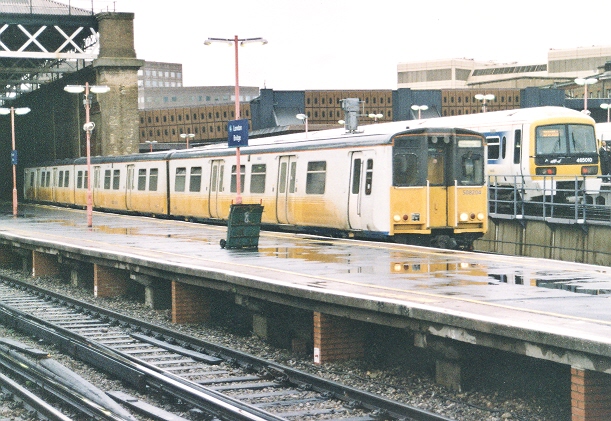 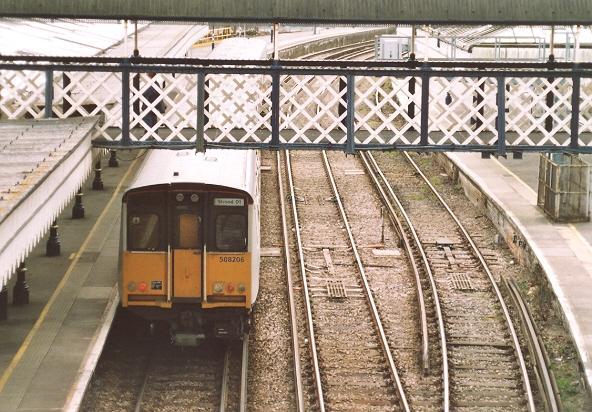 a service from Strood. Some trains continue onto Paddock Wood, but on this occasion the 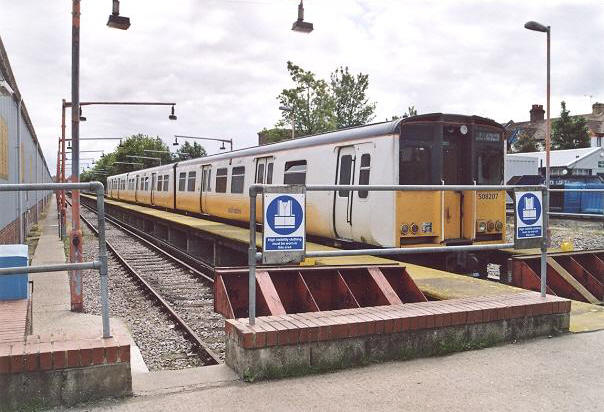