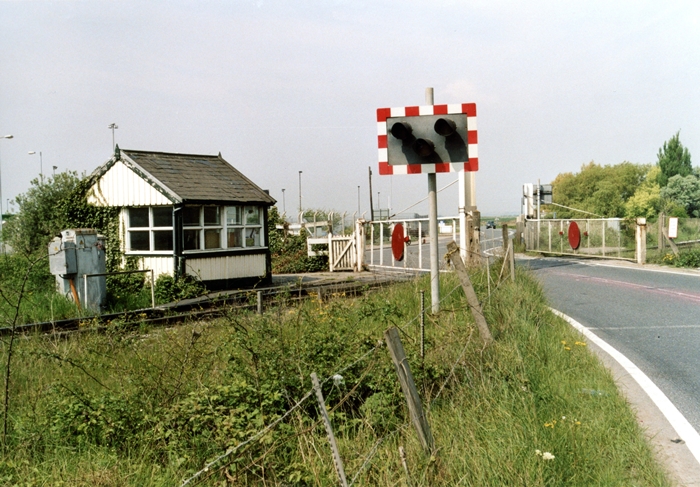 The signal box was built by independent signalling contractor ''Stevens & Sons'', the same company of which 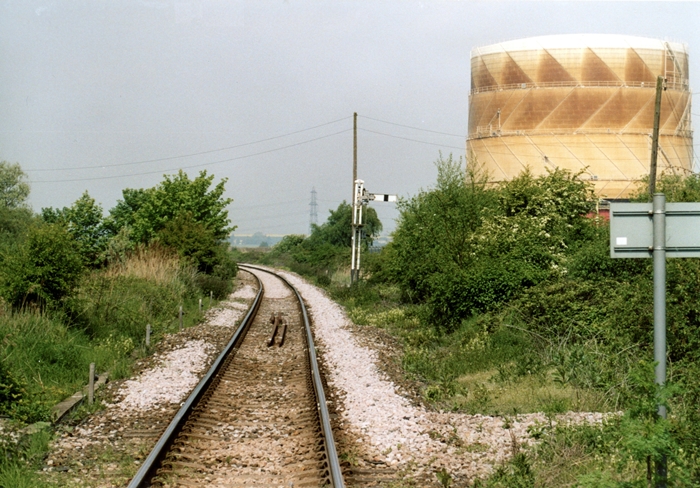 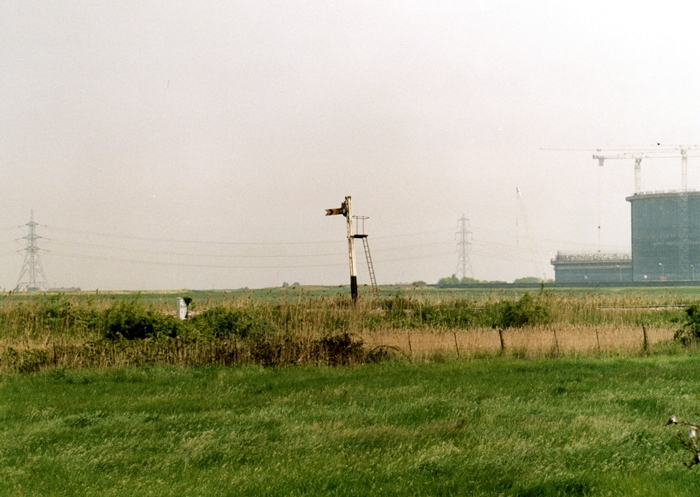 Round the bend and down the line from the previous photograph existed a ''Distant'' signal, which was also 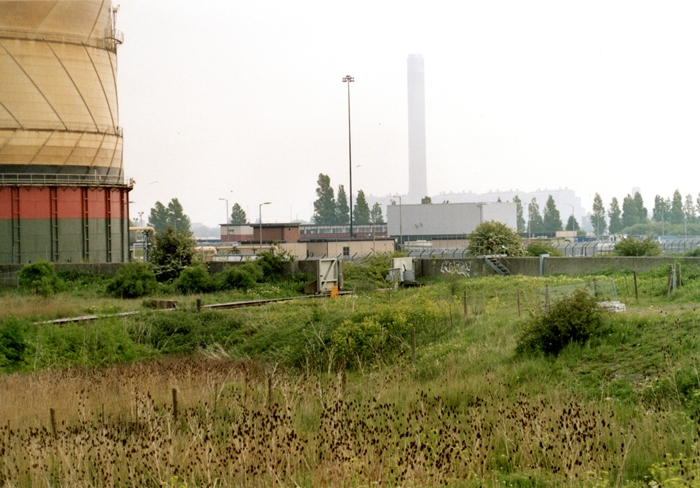 Flood barriers are an interesting feature of this quaint, marshy route, having been installed in response to the

East Coast floods of 31st January 1953 (during which Ridham Dock was severely damaged). The example seen

here on 13th May 2006 is positioned in-between the ''distant'' semaphore and Grain Crossing. One would expect

the line across the Hoo Peninsula to be as flat as a pancake, but there are a surprising number of gradients.