In January 1946, the SR commandeered a War Department Saddle Tank for trial running at Southampton Docks, and in that month it arrived at Eastleigh. These engines had a tractive effort of 23,870 lbs, a water capacity of 1,200 UK gallons, and a coal capacity of 2¼ tons. During trials, however, it was discovered that the 11-foot wheelbase was too long to negotiate some of the tighter curves at the docks, barring it from areas previously accessible to the ‘’B4’’ tanks. In April of the same year, one of the surplus U.S.A. Tanks, War Department No. 4326, was brought down to undergo the same trials. The engine had a water capacity of little over 999 UK gallons, a coal capacity of 2500 lbs (about 1.12 tons), and a tractive effort of 21,630 lbs at 85% normal boiler pressure. During the following May it was ran over the railway system at Southampton Docks, and its shorter 10-foot wheelbase was found to be capable of tackling those tight bends which the UK Saddle Tank fell foul to. A contingent of SR personnel was subsequently despatched to Newbury Racecourse to inspect those engines in store, which were reportedly in much better condition than the Saddle Tanks at Longmoor. Many of these tanks, which had been surplus to the War Department’s requirements, had only been steamed as part of their run-in trials, and were found to be in very good condition. They were robust engines fabricated from modern materials, with the simplicity of two outside cylinders. They were noteworthy for having the cylinders driving onto the rear axle. Eventually, fourteen of the U.S.A. engines from Newbury were purchased by the SR in December 1946, including that already at Eastleigh, WD 4326. This was for a cumulative total of £35,000 (£1,020,000 at 2008 prices), and the engines started arriving on SR territory in February of the following year. A fifteenth engine was latterly purchased for £2000 (£58,400 at 2008 prices) and intended as a source of spares. Among the fourteen operational engines which had been selected and brought to Eastleigh, were a mixture of examples built by H.K. Porter and the Vulcan Iron Works. The decision was taken to standardise on those made by Vulcan, in light of slight design variations, and a number of Porter examples were sent back to Newbury and exchanged. Of the final fifteen-strong fleet, thirteen were Vulcan-built, the final two (including the spare) being of Porter origin.

The purchase of the American engines was significantly cheaper than building new locomotives from scratch, but numerous modifications were required before these tanks could properly run on SR metals. They were out of gauge for their intended lines, which required modification of the cab steps, which were deemed too wide. The cab was also equipped with additional lookout windows and rooftop ventilators. Wider diameter draincocks were fitted to the cylinders; thus, incompressible water, formed through condensation during the cooling of the cylinders, could quickly escape. Carriage steam heating equipment was added, a British-style regulator placed in the cab, and separate steam and vacuum brake controls fitted, for which vacuum ejectors were used. The latter created a vacuum within the brake pipes between vehicles, and the degree of braking was determined by how much air the driver admitted to the same pipes. SR-style injectors, to pump the water into the boiler, were incorporated, and the coalbunker was enlarged.

The modified tanks were deployed to Southampton Docks between April and November 1947, where they replaced the ‘’B4’’ fleet. Some of the latter, which still had life left in their boilers, were cascaded elsewhere, notably to work in the goods yard at Winchester City. Generally good at their intended task, it was discovered early on that the U.S.A. Tanks were prone to developing hot bearings, which precluded their use on runs of any great distance (in preservation, this problem has been overcome by the fitting of mechanical lubricators). At least on paper, the fourteen-strong fleet of operational engines were numbered in the series 61 to 74; after the formation of British Railways in January 1948, ‘’30000’’ was added to these numbers.

The fleet remained at the docks until displacement by diesel shunters in 1962; the first withdrawal was No. 30063 in May of that year. A number of tanks had a brief spell in store, or were used as static engines to supply steam to docked ships. It was not long, however, before many were snapped up by Southern Region engineering departments, to replace pre-Grouping shunters. Three went to Ashford Wagon Works, one to Lancing Carriage Works, one to Redbridge Sleeper Works and, finally, one to Meldon Quarry. These six engines were renumbered in a new series with a ‘’DS’’ prefix (‘’Departmental Stock’’), whilst the remaining tanks – bar No. 30063, which was withdrawn for good – remained in the general BR fleet. No. 30062 arrived at Meldon Quarry in January 1963, which had become Western Region territory in September of the previous year. There it worked until August 1966, under the guise DS234, thus becoming one of the last operational steam locomotives allocated to the WR. Repairs having become due, it was transferred back to Eastleigh, remaining in service there as yard shunter until March 1967. 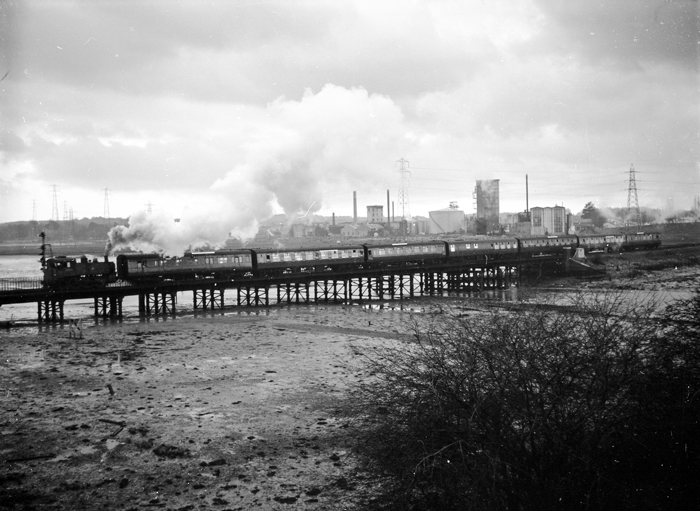 No. 30074 is seen rumbling over Redbridge Causeway, Southampton, hauling the Southern Counties Touring Society's "The Hampshire Venturer" rail tour on 10th March 1963. The train ran from Victoria to Waterloo via Salisbury and Southampton, including a visit to the Fawley branch. No. 30074 hauled the Southampton - Fawley - Eastleigh portion of the tour and is seen here returning to the latter. © David Glasspool Collection 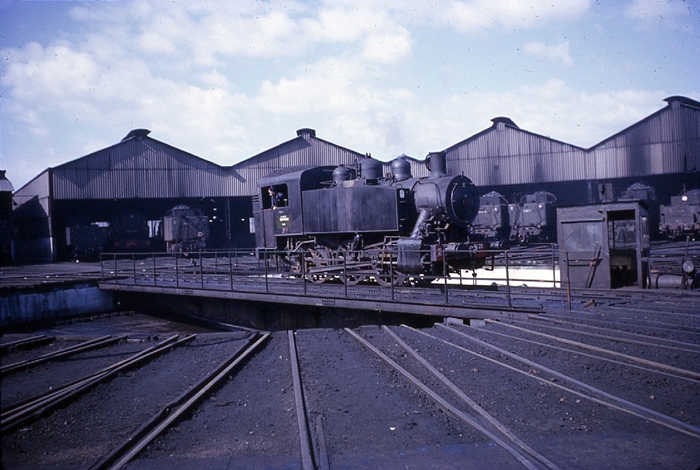 As mentioned in the main text, these engines were deployed throughout Western Europe, in addition to the Middle East and Africa. SNCF received seventy-seven USA Tanks, which went under the classification 030 TU. In the photograph above, one of these engines, No. 030TU20, is seen on the turntable at Calais shed in April 1965. © David Glasspool Collection 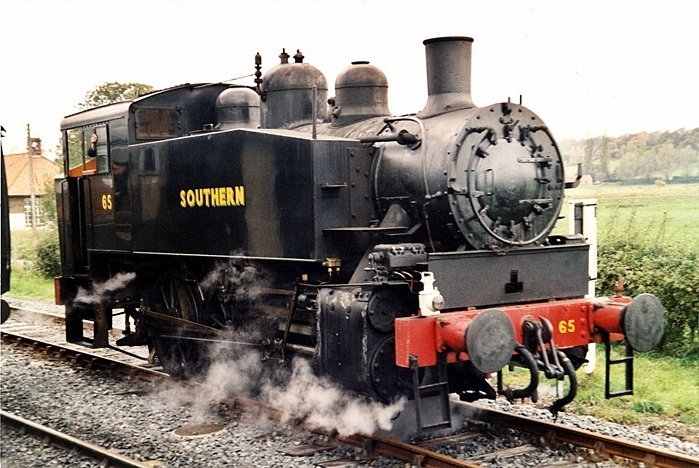 No. 30065, wearing its SR guise of No. 65, is seen at Bodiam on the Kent & East Sussex Railway on 25th October 2001. Built in 1943 by the Vulcan Iron Works, Pennsylvania, this engine became War Department No. 1968. After store at Newbury Racecourse station and subsequent purchase by the SR, it became plain No. 65, and went to work in Southampton Docks in November 1947. Becoming BR No. 30065, it remained a shunter at Southampton Docks until 1962, when ousted by diesel shunters. Grabbed by one of the engineering departments, the engine was latterly renumbered DS237, named ''Maunsell'', and made its way to Ashford Wagon Works in November 1963. It remained in use there alongside classmate No. DS238 (formerly No. 30070), until being taken out of service permanently in April 1967. Sister engine No. DS238 was decommissioned in June of the same year, and in March 1968 both were sold to Woodham Brothers, South Wales. Dragged dead in tow from Ashford, bound for the ossuary on Barry Island, the pair were declared unfit for further travel at Tonbridge, due to developing hot bearings. Here, they were dumped on the site of the closed engine shed for six months, until being moved to Rolvenden, on the Kent & East Sussex Railway, in September 1968. They had been re-sold to the preserved line in the previous month. © Mike Glasspool