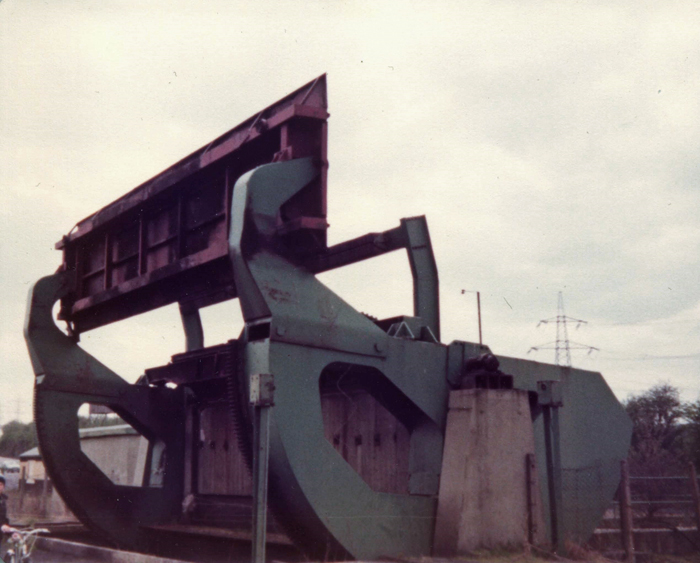 The huge wagon tippler is seen six years after the coal depot was closed. The contraption was still in existence in 1990. © Alister Perrott 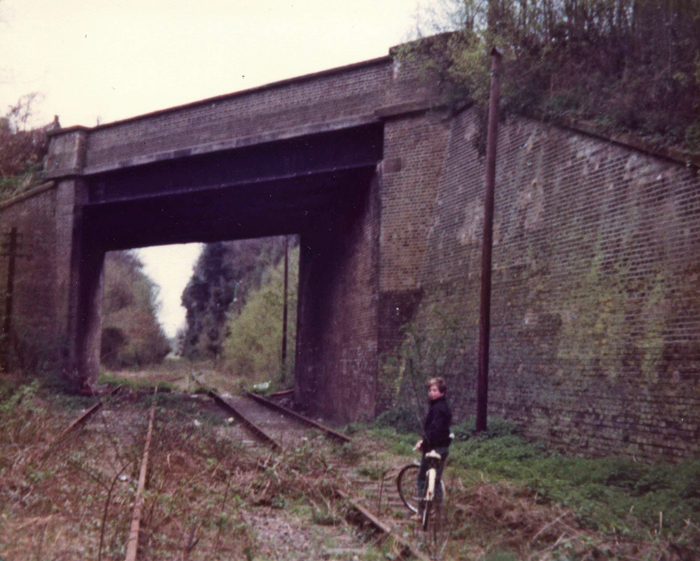 This is a south westerly view, towards Fawkham Junction, which shows the double-track of the former coal depot and station site narrowing to a single line. The bridge carries Dale Road. The former station site is about 250-yards behind the camera. © Alister Perrott 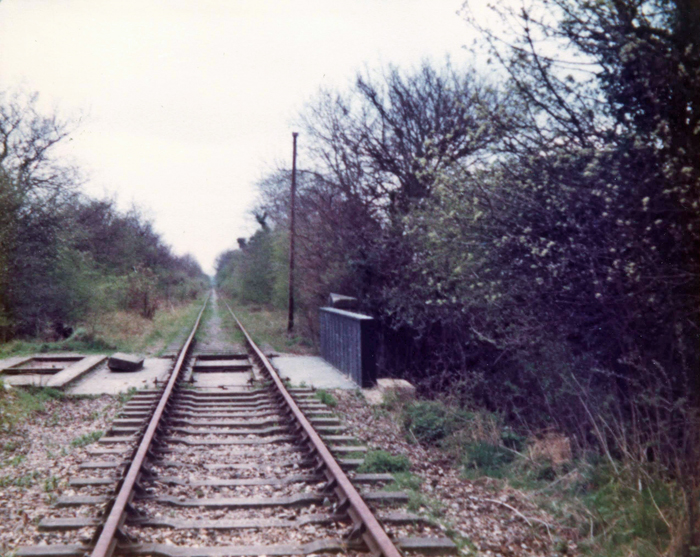 This photograph was taken about 570-yards south west of the previous view and also faces in the direction of Fawkham Junction. The line passed over a footpath and the bridge span makes it all the more obvious that a second track was once situated on the left. © Alister Perrott