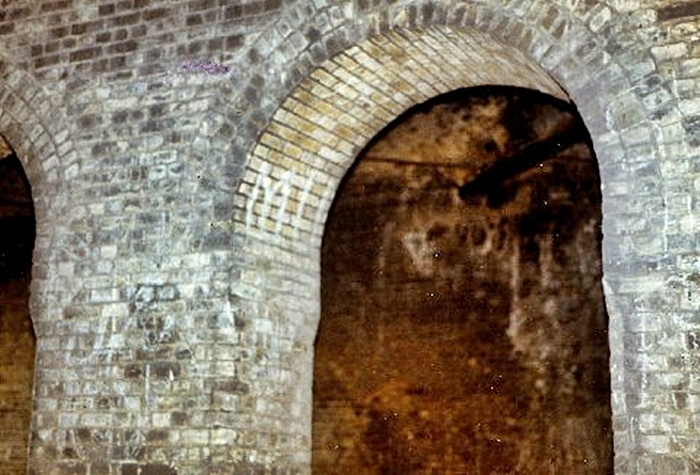 This view depicts the underside of the road bridge at the southern end of the layout. On show are the arches which ran along the southern extremity of the island platform, and our photographer notes that by this time, the underside of the bridge had acquired a thick black stain. Sadly, these arches can be viewed no more, since CTRL works have seen this area completely in-filled with earth. © Terry 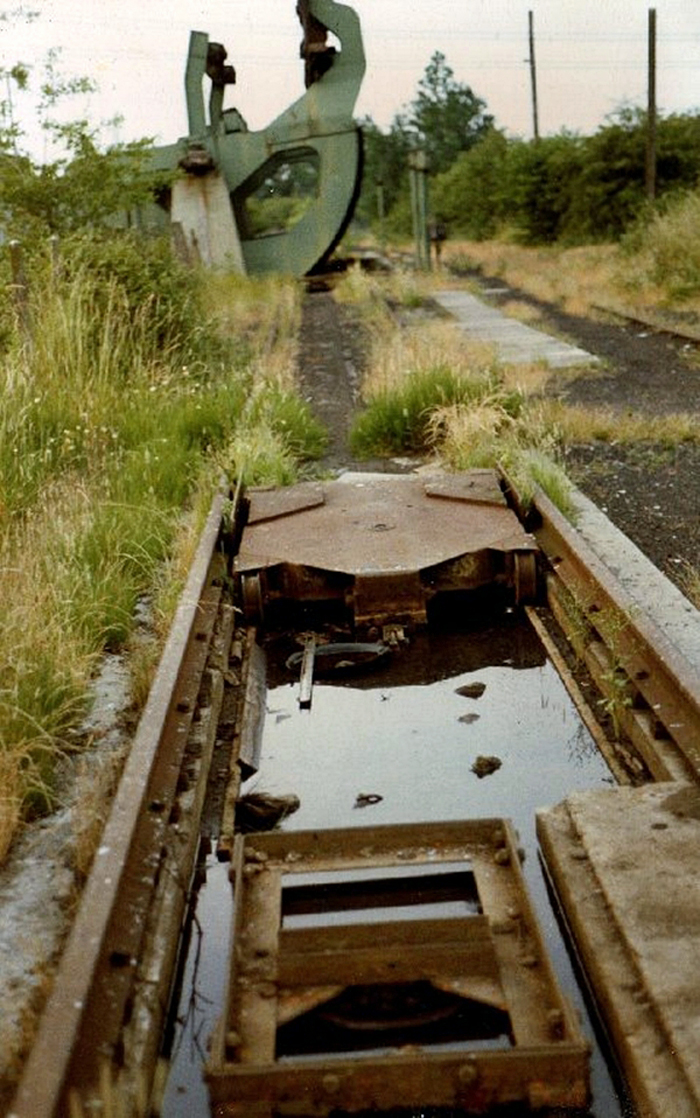 Moving out into the open, and looking towards Gravesend, we are presented with the imposing wagon tippler, which looks like a contraption from a 1960s science fiction film. The wagon tippler was just north of the former platform site, and at one time a huge green hopper was nearby, which could be seen for some miles. © Terry 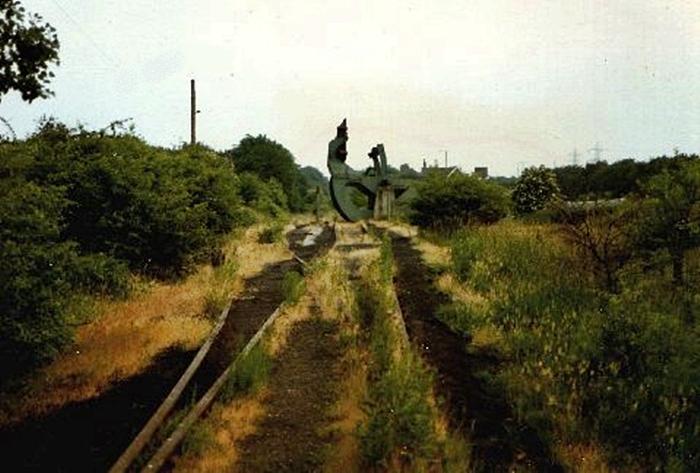 We are now at the Gravesend end of the layout, but looking southwards, back towards the road bridge. In the foreground are the remnants of the 1972-commisioned coal terminal for APCM. As earlier mentioned in the main text, this essentially comprised an elongated run-a-round loop layout, feeding off the single-track from Fawkham Junction. Prominent in the middle-distance is the wagon tippler and to the right of this, above the trees, is the roof top of the still extant Station Master's house. © Terry